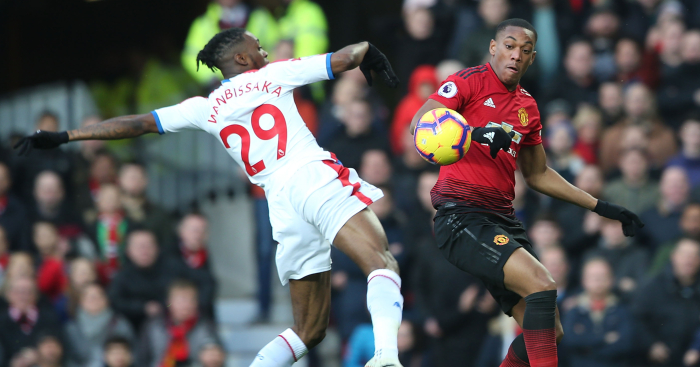 10) Federico Fernandez
For a manager who has coached 12 different teams over a 25-year period, Rafael Benitez is not a particular believer in favourites. No-one has played under the Spaniard for more than two different clubs. Every time Benitez has moved house, he tends to throw out his old toys and simply invest in new ones.

Only a lucky few names are written down in his little black book. He managed Alvaro Arbeloa at Liverpool and Real Madrid, took charge of Ruben Baraja at Real Valladolid and Valencia, and watched over Gordan Pandev at both Inter Milan and Napoli. Federico Fernandez is the only Newcastle player he has previously managed.

Fernandez’s first fling with Benitez was fleeting, but his second promises to be much more memorable. The centre-half struggled at times to hold down a regular starting spot at Napoli, but held no grudges against the manager. He helped win the Coppa Italia in 2013/14, before thanking Benitez for “preparing me for the Premier League” ahead of a subsequent move to Swansea.

It was that sort of experience that Benitez sought to add to his current squad this summer. Working on a shoestring budget afforded to him by Mike Ashley, Fernandez was a fantastic signing at just £6m. He has helped fill the void left by Florian Lejeune’s injury, reduced the pressure placed on Jamaal Lascelles’ shoulders, and reprised his role as a quietly impressive and imposing Premier League centre-half. He is pretty much undroppable now.

9) Glenn Murray
With just over one-third of his sixth Premier League season gone, Glenn Murray is already more than halfway to his record top-flight goal haul for a single season. And that is just a fraction of what he has achieved since rejoining Brighton in 2016.

Saturday marked Murray’s 100th Premier League game. In his first 50 appearances, he scored 11 goals and assisted four. In his last 50, he has scored 19 and assisted none. The 35-year-old has completely abandoned any pretences of gamekeeping to concentrate solely on poaching, and he is reaping the rewards.

8) Etienne Capoue
“Capoue is one of the best midfielders in the Premier League and do not have any doubt about that,” Watford manager Javi Gracia said earlier this month, almost threatening the public to bend to his beliefs. Not that many will need persuading: Watford’s former record signing is playing perhaps the best football of his career.

Where the Vicarage Road plaudits were largely and justifiably dominated by Abdoulaye Doucoure last season, Capoue has intercepted them and made them his own. The Frenchman’s first season as a Hornet in 2015/16 was nondescript, his second in 2016/17 saw him transform into a goalscoring threat at the sacrifice of his defensive output, and he lost his regular starting place in 2017/18.

Watford would have been forgiven for cutting ties with the 30-year-old in the summer, yet a pre-season under Gracia has completely revitalised Capoue. He has become one of the most reliable holding midfielders in the league. Where would they be without their Saint Etienne?

7) Ben Chilwell
The secret is out. Leicester did their best to keep it as quiet as possible, but word spreads fast: Ben Chilwell is really, really good.

For years, it seemed as though the left-back existed more as an idea than anything substantial or concrete. He emerged from Leicester’s developmental system to become part of the first-team picture in 2015/16, but was far too peripheral a figure to be recognised as a Premier League title winner. A loan spell with Championship Huddersfield offered a glimpse of the sort of talent that piqued the interest of Arsenal and Liverpool long before he had even made his league debut.

Christian Fuchs was finally ousted towards the end of the 2016/17 season, and Chilwell has made the left-back spot his own ever since. His seamless and stratospheric rise has taken in Champions League appearances, further interest from the elite, and now England representation. He has taken every step in his stride and, at 21, will only continue to improve.

6) Aaron Wan-Bissaka
Only two players in Europe’s top five leagues have made more than 40 tackles and completed more than 20 dribbles this season. Allan, a 27-year-old midfielder in his prime at the heart of Napoli’s Serie A title hopes, is one. Aaron Wan-Bissaka, a 21-year-old right-back in his first full season of professional football for relegation-threatened Crystal Palace, is the other.

There is a reason that youth players tend not to cut their teeth lower down the Premier League ladder. Managers are reluctant to blood those without fabled top-flight experience, and establishing yourself in the first team of a struggling club is as fiery as any baptism. Yet once in a while, a lump of coal can become a diamond under ultra-high pressure.

Amid an injury crisis last season, Wan-Bissaka’s first three Premier League games came against Tottenham (Dele Alli), Manchester United (Alexis Sanchez) and Chelsea (Willian), with only a brief respite against Huddersfield preparing him for the task of keeping out Liverpool (Sadio Mane). He fared incredibly well in each game, and has grown exponentially from the experience.

He has a quite unfathomable success rate in terms of tackles, winning 49 of the 51 he has attempted. He is the only Premier League player to rank in the top ten for tackles (2nd), interceptions (4th, 32) and successful dribbles (6th, 27), using his grounding as a winger to learn precisely how to defend against them. England’s future at right-back is awfully bright.

5) Richarlison
Everton’s most complete goalscorer for 30 years? Possibly. Richarlison’s form has slowed somewhat, the Brazilian failing to score or assist against both Chelsea and Cardiff, but his six goals in 11 games feels far more sustainable in a far better team than his five goals in 38 appearances for Watford last season.

The star is burning just as bright, but is in considerably less danger of burning out in such spectacular fashion. Wayne Rooney (10) and Oumar Niasse (7) are the only players who scored more Premier League goals for Everton last season than Richarlison already this season. His move to centre-forward has helped Everton creep up the table into sixth.

Are Everton bothered that signing him “spoiled” the entire transfer window? Are they balls. They seem to have done rather well out of this deal.

4) Ryan Fraser
Chelsea signed Willian for £30m. Manchester City bought David Silva for £25m. Eden Hazard joined Chelsea for £3om. They are the only three players to have created more chances in the Premier League this season than Ryan Fraser, who cost Bournemouth £400,000.

“We opened the door and they ran through and scored some wonderful goals,” said Jurgen Klopp in December 2016, reflecting on Liverpool inexplicably blowing a two-goal lead twice to lose 4-3 to Bournemouth. Fraser was introduced in the 55th minute at 2-0, and promptly won a penalty, scored his first ever Premier League goal and assisted the equaliser. It was quite the introduction.

Fraser has slowly but surely reached a level of greater consistency, with this the best season of his entire career. He has nine combined goals and assists in just 13 games; his record for a single season is 11 in 2016/17.

3) Callum Wilson
If patience really is a virtue, few players are more virtuous than Callum Wilson. He has been floored by three separate career-threatening injuries at the age of 26, yet has been strengthened by a broken foot and a ruptured anterior cruciate ligament in each knee. He has never been better.

Before this season, Wilson had registered two Premier League assists in 61 appearances. This campaign alone, he has four assists in 13 games. Raheem Sterling (13), Sergio Aguero (12) and Eden Hazard (11) are the only players with more combined goals and assists this season than Wilson, who is level with Mohamed Salah (10). There is not a more complete forward outside the contenders for a Champions League place.

2) Anthony Martial
Where once the question was where Manchester United would be without David de Gea, the same can now be asked of Anthony Martial. With the exception of his consolation penalty against Manchester City, five of his six Premier League goals have been of utmost importance: an equaliser in the 3-2 win over Newcastle, both strikes in a 2-2 draw with Chelsea, the second goal in a 2-1 win over Everton, and the equaliser in a 2-1 win against Bournemouth.

“I never gave up,” Jose Mourinho said earlier this month, wiping away crumbs of a freshly-baked humble pie. “I never gave up my feelings that this was the right way for him, even if he had to go through difficult moments.

“I knew that for him to become a really top player, he needed to overcome some barriers that I put on the road for him. It is up to his talent, because he has phenomenal talent.”

His manager might be eager to share the credit, but Martial clearly grew tired of being poked by the stick and craved the taste of carrot. Despite starting just 16 of United’s 30 Premier League games (53.3%) in 2018 – and completing the full 90 minutes just 10 times (33.3%) – only Romelu Lukaku (10) has scored more than the Frenchman’s nine goals. He is achieving against the adversity his boss is so proud to have engineered. Where would United – and indeed Mourinho – be without Martial?

1) Gylfi Sigurdsson
After drowning in a vast sea at Tottenham, life went rather swimmingly for Gylfi Sigurdsson in Swansea’s less choppy waters. But he seemed to be out of his depths upon his move to Everton. All seemed calm above the surface, but those legs were kicking frantically, furiously and frustratedly before things finally clicked.

More than a year into his Goodison Park stay, he is thriving in a medium-sized pond. Sigurdsson rather unabashedly needs to be accommodated in a team built around him as opposed to being placed into a pre-existing system and expected to perform. Ronald Koeman, David Unsworth and Sam Allardyce all considered Sigurdsson to be just another interchangeable part of a spluttering machine, but Marco Silva is reaping the rewards of making him one of the key components of a more functional and powerful engine.

Six goals, two assists and 13 Premier League starts for a player who managed just six goals, five assists and 25 Premier League starts last season is the result. Sigurdsson has been used in an exclusively central position instead of being pushed out wide to make room for others, and has the most Premier League minutes of any Everton outfielder this campaign. As the main star of the team who have sneaked into sixth, he is the best player outside the Big Five right now.