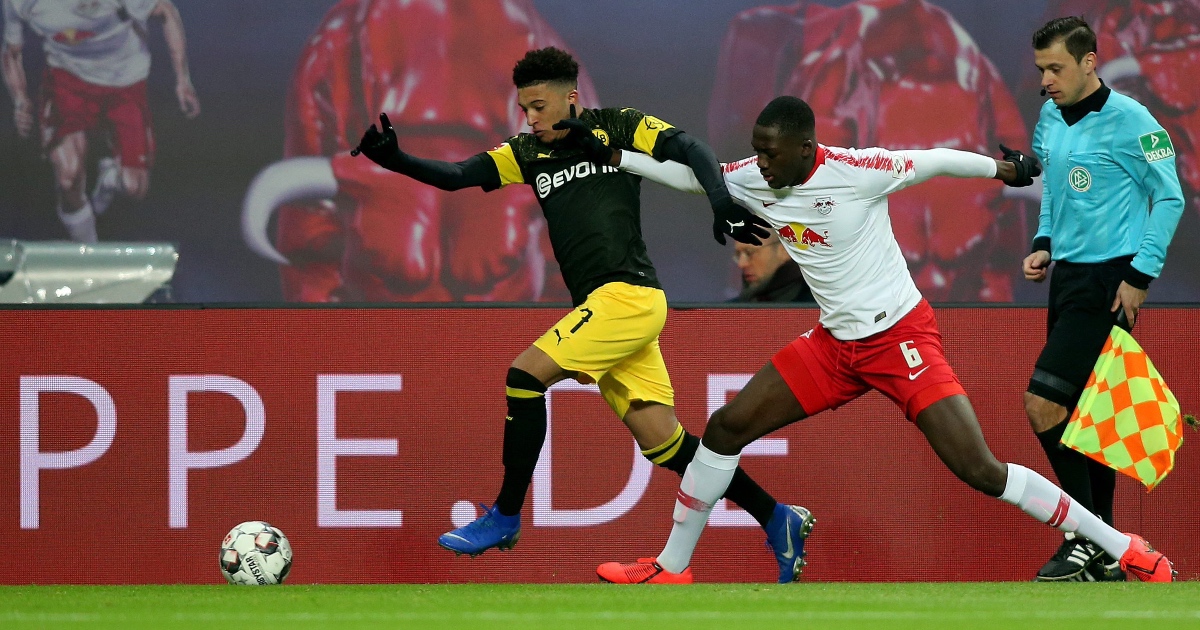 The Premier League season is almost upon us. These fellas have never been in the top flight and we can’t wait. We are very excited to see Raphael Varane, but we’ve limited it to one per club.

10) Rico Henry (Brentford)
“You always love your own children,” Brentford boss Thomas Frank said. “He’s one of my 25 sons in my squad. Of course, I absolutely love him.”

Southampton were among a number of Premier League clubs linked with a £15million move for Henry back before it was confirmed Brentford would be in the top flight for the coming season. He was arguably the best left-back in the Championship for the last two seasons and seeing how he, and the Bees in general, will fare in the top flight has us buzzing.

9) Valentino Livramento (Southampton)
The 18-year-old sees Southampton as a “solid Premier League club”, having made the decision to leave Chelsea, where he’s been since the age of nine. Livramento was highly regarded by the coaching staff at Stamford Bridge but has understandably moved on with his path to the first team blocked by the imposing figure of Reece James.

As a right wing-back who has played in a back four and in midfield in his time with the Blues academy, he provides Ralph Hasenhuttl with versatility along with excellent technical ability. Like Tariq Lamptey, he could be another Chelsea full-back bargain.

8) Albert Sambi Lokonga (Arsenal)
It will be fascinating to see just how much confidence Arteta has in Lokonga. He’s put huge trust in Emile Smith-Rowe and Bukayo Saka to great effect, but in that crucial deeper-lying midfield role, with Granit Xhaka and Thomas Partey as competition, Arteta may well play it safe initially.

He’s got all the attributes to excel in the Premier League, but it is a huge step up for someone who’s played two full seasons in the Belgian league and has no European football experience to speak of. Arsenal have bought at least seven midfielders to fill the Patrick Vieira void and none of them have so far come close. Lokonga could be the man, but then we said similar about Lucas Torreira.

7) Trincao (Wolves)
Trincao and Pedro Neto have been pals since they were children. Both are natives of a small town in northern Portugal, both played for the local team and both were picked up by Braga.

“They are two amazing players, I do not have any doubt about that,” their former Braga coach said. “But Wolves are signing a different kind of player. Pedro Neto is a player for the transitions, very direct. Trincao is more of a player who wants to have the ball. He is not so fast or intense but I think he has a little more magic.” Wolves could be great fun.

6) Leon Bailey (Aston Villa)
Replacing a football club’s most prized asset, who’s come through the academy to captain the club and become their best player, who was cherished until he was chastised, is not an enviable position to be in. Bailey is not Jack Grealish, but beyond the bleeding obvious, the point is he’s so unlike him that he’s unlikely to have to carry the burden of any such comparison.

He’s one of many young forwards plying their trade in Europe to have been round the Premier League transfer rumour block. Think Thomas Lemar or a Dembele. He could join Anwar El Ghazi, Trezeguet and Bertrand Traore in the Aston Villa much of a muchness winger stakes, but could just as easily be a notch or two ahead of them.

5) Marc Guehi (Crystal Palace)
Crystal Palace and Patrick Vieira are having quite the transfer window. Conor Gallagher’s arrived on loan from Chelsea, while Michael Olise, Joachim Andersen, Remi Matthews, Jacob Montes and Marc Guehi have all joined permanently. Andersen and Guehi looks like a great centre-back partnership on paper.

They’re both good on the ball and the height of the Dane dovetails nicely with the fleet of foot, speed of thought and dribbling ability of Guehi. It’s a bit odd that Chelsea allowed another very talented defender to up sticks, but the buyback clause negates some of the potential regret they know all too well.

Marc Guéhi completed 84 of the 88 passes he attempted today 👏

4) Ibrahima Konate (Liverpool)
“I am big, strong and I cannot say I’m so technical.” Contrary to Konate’s own statement, which conjures visions of a non-league centre-back going through people and hoofing the ball out of play, Liverpool have signed a very gifted footballer.

Given their struggles in that area last season, the slight concern for the Reds will be that they have signed another centre-back who hasn’t played all that much football. He’s missed 45 games in the last two seasons in four different spells out for RB Leipzig – admittedly three of those for the same injury. But his signing does give Jurgen Klopp a wealth in defence that should be able to cope with even the most ill-fated set of circumstances.

3) Bryan Gil (Tottenham)
“He came with something wild, untamed about him,” Sevilla’s youth coordinator Agustín López Páez recalls, “and we never wanted to take that from him.”

Gil has been likened to Luis Figo, Angel Di Maria, Joaquin and Ringo Starr. ‘The Beatle of Barbate’ is a throwback – a dribbling left-footed left-winger; the sort of player who could very quickly become very popular in north London.

That cult hero-esque status is often reserved for players who are more fun than effective, but his stock in Spain is already high with the 20-year-old widely tipped to become a vital cog in the Spanish national team going forward, alongside the likes of Pedri and Ansu Fati.

2) Patson Daka (Leicester City)
“I don’t know how to get upset! Even when I’m upset I’ll find myself smiling. I just love to smile, even without a reason.” We already love the Zambian football prodigy. Erling Haaland’s former strike partner took up the Norwegian’s mantle as the main man when he left for Borussia Dortmund. He scored 51 goals in 42 league starts in the last two seasons for RB Salzburg.

He made a brief appearance in the Community Shield, didn’t do much but sparked one particularly insightful bit of co-commentary from Lee Dixon. “Fast, isn’t he?” More cliches incoming.

1) Jadon Sancho (Manchester United)
The frustration at the time it’s taken to make his move to Old Trafford has undoubtedly dampened the excitement somewhat, but it really shouldn’t. Manchester United have signed one of the best wingers in European football, who could be at the club for over a decade. His numbers are extraordinary, but above all, he’s exciting.

There will be innumerable references from the geneticists in the coming weeks and months as to how his DNA fits with the profile of the club. Either they’re a match and United have ignored their genetic make-up for a very long time (which is a possibility), or this cringeworthy ancestral stuff is a load of nonsense. Sancho is nothing like any player Ole Gunnar Solskjaer has available to him.  Marcus Rashford, Mason Greenwood and Anthony Martial are all goalscorers playing on the wing; Sancho is a winger with an eye for a goal, but two eyes on the pass.