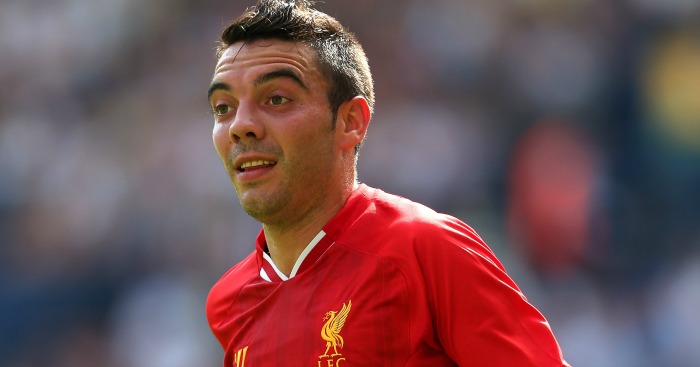 10) Andrej Kramaric (Hoffenheim)
There were all manner of ridiculous things about Leicester City winning the Premier League title, but Andrej Kramaric played his own odd part. While Leicester were achieving that most unlikely of triumphs, their record signing was being sent out on loan only a year after joining the club. The one player the club trusted most to score goals did not score one in the entire campaign.

Costing £9m in January 2015, Kramaric’s transfer was slightly murky. He was virtually announced as a Chelsea player, before that interest suddenly disappeared and Leicester emerged with a deal. The striker claimed that he rejected Chelsea, while Chelsea stuck to the opposite story.

A failure in England – two goals in 15 league games – Kramaric was sold to Hoffenheim for a similar fee to the one Leicester paid 18 months earlier. Having contributed nine goals and assists in 15 Bundesliga matches last season, he’s continued that run with eight in 11 this season.

9) Lassana Diarra (Marseille)
There are few weirder career paths than that of Lassana Diarra, who entered the football wilderness before reinventing himself. Somewhere along the way he discovered how to bend time, because that is the only explanation for him still being 31 years old.

Weird thing No. 1: He moved directly from Portsmouth to Real Madrid, for a fee of £19m.

Weird thing No. 2: Having played 17 league games in Real’s title-winning team, he then joined Anzhi Makhachkala, shortly before the club announced it had no money.

Weird thing No. 3: Despite interest from Paris St Germain, Diarra then signed for Lokomotiv Moscow.

Weird thing No. 4: Diarra was fined €10m and banned for 15 months after refusing to turn up to training and play for the club.

Weird thing No. 5: Diarra has 34 caps for France, including a five-year gap without one, and yet has rarely been a regular at club level. Before signing for Marseille in summer 2015, he had played just 195 career league games by the age of 30.

8) Suso (Milan)
Oh goodness, were they right all along? In 2012 and 2013, there was a weird subsection of Liverpool fans who worshipped at the church of Suso. After previous hope Dani Pacheco had been proven not to be the Messiah, some supporters pinned their hopes on the little attacking midfielder from Spain.

In October 2012, Brendan Rodgers fanned the flames by praising Suso’s “outstanding technical qualities” and “very good temperament to play for such a prestigious club”. The Spaniard would start only six more games for Liverpool, being loaned to Almeria before Milan signed him at the end of his contract.

Having struggled to break into the first team and been loaned out to Genoa, Suso has finally found love in Milan. Only one outfielder has played more Serie A minutes for the club this season, and his brace in the Milan derby were his third and fourth league goals for the club. Nice timing.

7) Carlos Vela (Real Sociedad)
I love Carlos Vela very deeply; he is my weird footballing crush. It’s his running style, his cheeky grin and his dinks over an onrushing goalkeeper. After years in the wilderness on loan from Arsenal, it’s bloody great that he’s found a permanent home in San Sebastian.

Joining Arsenal in 2005 having been top scorer at the U17 World Cup, Vela was touted as the next big thing but never quite forced his way into Arsene Wenger’s plans. He left England with five Premier League goals, three for Arsenal and two on loan at West Brom.

Now more of a winger or wide forward than striker, Vela has forged out a fine career in Spain. There’s no doubt that form has dipped over the last two seasons as Sociedad too have struggled, but David Moyes will do that to an expressive attacking talent. Vela has already scored four goals in 11 league games this season.

6) Iago Falque (Torino, on loan from Roma)
Of the ten players on this list, none has risen from the depths quite like Falque. Now 26, the winger initially joined Tottenham on a season-long loan in 2011, the move made permanent for a fee of just £1m. Falque didn’t just struggle for starts, but minutes of any kind. He played one Premier League game for Spurs, and only one more on loan to Southampton in the Championship before being sent back.

Having first impressed at Genoa after Tottenham, Falque was signed by Roma for £6m and has been sent on loan to Torino this season, because nobody does complicated transfers quite like Serie A. In 756 league minutes in Turin, he’s scored five goals and assisted three others. That’s what the influence of England’s No. 1 can do.

5) Radamel Falcao (Monaco)
One of the worst strikers in Premier League history, a reputation tempered only by the fact that Falcao was only on loan to Manchester United and Chelsea. Clearly hampered by the effects of a serious knee injury, Falcao scored five goals in 36 league games at both clubs. I’m still sad now for how excited I was about his arrival in England.

Away from the (merited) mockery of the English public and media, Falcao is back at Monaco and setting about rebuilding his reputation. His five goals in seven league games are accompanied by two in the Champions League qualifiers and two more in the group stage.

It’s just a damn shame that Falcao is now 30. How he must wish he could turn back the clock to 2013, when the world was at his feet and his knees weren’t half-knacked.

4) Mario Balotelli (Nice)
There was an interesting quote from Nice defender Dante about his new teammate Mario Balotelli: “I thought he would be a lot crazier than he is. He jokes around, but not as much as all that.”

Whether or not Balotelli is just enjoying a period of contentment or is learning the lessons of his past mistakes, his current calmness is good news for player and club. Some players perform better when on the edge, that little bit of crazy spurring them on, but Balotelli is the opposite. Serenity results in progress.

Nice are the benefactors of that principle. Balotelli is not the Ligue Un surprise leaders’ star performer, but his six goals have earned Nice five points. Quite honestly, it’s just lovely to see Mario back on his feet.

3) Mohamed Salah (Roma)
Chelsea have achieved an awful lot under Roman Abramovich: Four Premier League titles, seven domestic cups, Champions League and Europa League. Yet nothing can compare to making a profit on Mohamed Salah, a winger they clearly didn’t want and had barely used. That’s the beauty of their loan strategy: If the player performs well the price goes up and Chelsea laugh themselves silly.

Salah arrived at Chelsea as Africa’s most exciting young talent, having impressed in the Europa and Champions League with Basel. He played ten league games in his first half-season, but soon fell out of Jose Mourinho’s plans after looking lost in the Premier League.

Two loan spells followed before Salah finally made his move to Roma permanent this summer, where he has transformed into one of Europe’s most dangerous wide forwards. In 1,068 league minutes this season, Salah has eight goals and four assists. He’s also still only 24.

NB – I’ve been singing Aloe Blacc’s I Need A Dollar to Salah’s surname for the entirety of this top ten. Now you can too.

2) Anthony Modeste (FC Koln)
“Modeste moved to Bordeaux for a sizeable fee and, probably a little bit like Yak when he joined us, he will feel he still has a lot to prove,” said Blackburn hero Steve Kean in January 2012. “He has pace, power, good technique, he causes defenders problems playing on the shoulder, which I think can give us something else we don’t have.”

What Modeste actually gave Blackburn during that five-month loan spell was 387 minutes, no goals and an outrageous straight red card for kicking out at Billy Jones. Rovers fans booed their player towards the end of his loan spell as their team was relegated.

It’s slightly surprising, therefore, to see Modeste not just at the top of the goalscoring charts in Germany, but across Europe’s top five leagues. FC Koln are the Bundesliga’s other surprise team after Red Bull Leipzig, but Modeste is the standout player of the season so far. From scratching around in the Premier League bottom three, there is talk of an international call-up from Didier Deschamps.

1) Iago Aspas (Celta Vigo)
There are several pillars of UK sport, moments that will never get old no matter how many times they are repeated. David Beckham’s free-kick against Greece, Jonny Wilkinson’s drop goal against Australia, Andrew Flintoff commiserating Brett Lee, Sergio Aguero’s Aguerrooooo, Kelly Holmes and Mo Farah crossing the line for their double gold medals, Paul Jewell on that bed and Steve Redgrave and Chris Hoy anointed kings of their sport. It’s all there.

Leaving Iago Aspas’ corner off that list would be a travesty, for nothing has provided quite as much good-natured comedy over the last five years. Yet Aspas, famously described by one F365 reader as looking like a face drawn on a balloon, is hastily writing a happy ending to his story.

Having joined Celta Vigo via a brief stop in Sevilla, Aspas is loving life back in Spain. Fourteen La Liga goals last season have been followed by six more already this season. The international break brought not just a senior Spain debut, but a goal at Wembley. And not a fluffed set-piece in sight.