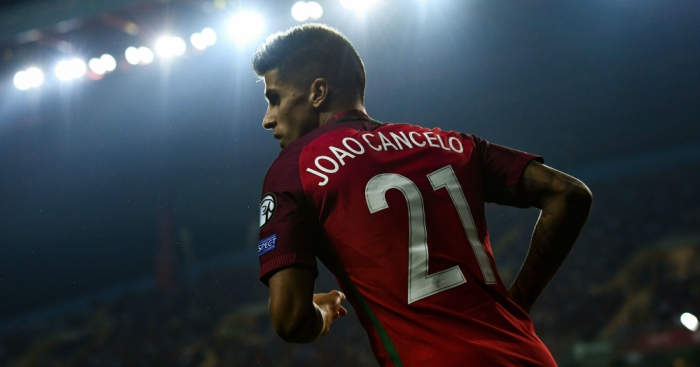 We do this list every year – here’s 2018’s edition – and we are usually foiled by Liverpool. So thank f*** they bought nobody this summer…

10) Bailey Peacock-Farrell (Burnley)
“I’m really happy to be here. A Premier League club is what you dream of when you are starting out in football and to say I’ve signed for Burnley is a massive honour.”

Just imagine how excited he will be when he actually, you know, plays for Burnley. In reality, that might never happen as Burnley paid a not-inconsiderable £2.5m to make Leeds’ second-choice and frankly a bit sh*t goalkeeper their third-choice behind Nick Pope and Joe Hart. What is it about Sean Dyche and collecting goalkeepers? Spare a thought for poor Adam Legzdins, who joined Burnley over two years ago from Birmingham – “looking at the fixtures coming up, it’s nothing but excitement for me and my family” – and has never actually played a minute.

9) Albian Ajeti (West Ham)
Obviously, a Premier League club would not buy a striker just because he is wanted by their former coach. That would be unprofessional and unnecessarily spiteful. But it is odd that Ajeti was solely being linked with Championship clubs like Slaven Bilic’s West Brom before the Hammers realised that they had basically sold all their strikers and bought only Sebastien Haller.

The suspicion is that West Ham needed any striker, and Ajeti was available for £8m. He is yet to make it off the bench in the Premier League and his 90 minutes against Newport in the Carabao Cup were utterly forgettable. Oh and last week he was part of a Swiss side that took 40 shots against Gibraltar; he did not score.

Nobody wants to be the new Lucas Perez.

8) Ben Osborn (Sheffield United)
We don’t understand 2019 if 2019 is the year that Sheffield United can spend £3.5m on a back-up left wing-back to Enda Stevens. “Ben is an intelligent footballer, he plays a number of positions and has got that attitude that he will slot in wherever,” said boss Chris Wilder on signing the 25-year-old from Nottingham Forest. He has so far slotted in just lovely on the bench, with Osborn playing only six minutes. Though it was quite the six minutes…

The truth is that Wilder is in no rush to blood his new signings; against Southampton on Saturday, Oli McBurnie was the only starter who did not feature for the Blades in the Championship last season. Meanwhile, Osborn was one of five new summer signings on the bench. Is Wilder the new Dyche?

7) James McCarthy (Crystal Palace)
In August, Seb Stafford-Bloor wrote that Palace were locked in a ‘gentle, downward spiral’ because of the nature of their squad, with Max Meyer ‘the only regular first-team player under the age of 25, meaning that every other member of the squad is currently diminishing in value and effectiveness’. So what did they do? They brought in the 33-year-old Gary Cahill, the 28-year-old James McCarthy and the child-like 25-year-old Victor Camarasa on loan.

McCarthy had played less than four hours of Premier League football over the last seasons thanks to a series of injuries, so of course Palace paid so much to bring him to London to sit on the bench alongside Camarasa. It made no sense at the time and makes even less sense right now. It turns out that Dougie Freedman is the one man who has spent the last six years wondering how he can get the McCarthy/McArthur partnership back together. And then not actually play them together.

6) Danny Welbeck (Watford)
“Now, basically for the first match the most important thing is to take the players who are more fit, or with more minutes played, or this kind of thing because it’s more safe I think, for the immediate performance,” said Quique Sanchez Flores after walking back into Watford and finding a player who has not started a Premier League game in almost a year. The hard-hearted Flores denied Welbeck even the chance of a minute against his old club as he left the striker in the stands as the Hornets drew 2-2 with Arsenal.

“Someone said the other day that maybe the script is written for me to score my first Watford goal against Arsenal, but the script writers aren’t playing the game so I’m just going to give my best and try to win the game for Watford,” said Welbeck last week. But it turns out that he wasn’t playing the game either; on Sunday’s evidence, it might be a little while before he makes it off the training ground and onto the pitch under a manager who didn’t sign him and remains unconvinced that he is fit for purpose.

5) Andy Carroll (Newcastle United)
“It’s always very difficult to put a timescale on someone like Andy, he’s fit when he’s fit. He’s joined in, he’s worked extremely hard, there’s a smile across his face this morning where he’s comfortable which is good,” said Steve Bruce this weekend, describing a man who has made ten Premier League starts in his last two seasons. It was clearly a sentimental move to bring in Carroll, who may play one, five, 15 or 30 games over the next year for Newcastle. And it was clearly a sentimental move that would never have happened under Rafa Benitez, who was too much of a pragmatist to sign a man purely because of his accent.

If Andy Carroll is Mike Ashley’s masterplan to win back the affections of Newcastle fans, he might need a new plan. And yes, we will delete this article when he rises like an awkward salmon to reach double figures for Premier League goals for the first time since he left Newcastle for a still-barely-believable £35m in 2011.

Fuck me Watford don’t mess about , 39mins and they replaced Javi Gracia , yet we still haven’t replaced Andy Carroll from 2011 … well we tried this summer but we replaced him with a Andy carroll

4) Jay Rodriguez (Burnley)
Even after Nakhi Wells (45 minutes of Premier League football in 2017/18) and Matej Vydra (311 minutes in 2018/19), we thought that Jay Rodriguez would be different, that Dyche would be able to wean himself off Ashley Barnes and Chris Wood after bringing the former England man back to Burnley for £5m. How silly we were. Burnley have played five Premier League games and all five have been started by Barnes (four goals) and Wood (zero goals), with Rodriguez being restricted to a few minutes off the bench.

“Jay Rod came on sharp. Vyds looked sharp, running hard to affect the game, and that’s all we can ask when we make substitutions, that they come on with the will and desire to affect the game,” said Dyche, so after that kind of enthusiastic review, we believe Rodriguez now has a 3-5% chance of starting next week against Norwich.

3) Dennis Praet (Leicester City)
“Training is really intense, a big difference in the Italian way of training and playing so I think I need some time to adapt to the Premier League,” admitted £18m signing Dennis Praet after playing his first 17 minutes of football against Chelsea. He then had 65 forgettable minutes against Sheffield United and has not been seen since apart from a 45-minute cameo in the Carabao Cup. All of which leaves us wondering why Leicester spent considerable money on the Belgian when they have Wilfred Ndidi, Youri Tielemans, Hamza Choudhury, Harvey Barnes and James Maddison, all of whom appear to be ahead of him in Rodgers’ midfield thinking.

Leicester will sign Dennis Praet for position ‘8’ and ‘10’. That will be a fight for a spot with James Maddison and his former teammate Youri Tielemans. #lcfc pic.twitter.com/PxGtZZBM64

Mind you, this time last year we were wondering why they had spent a similar sum on Cagyar Soyuncu; maybe Praet will look ridiculously cheap this time next year when Leicester have sold Maddison to Manchester United for £80m.

2) Joao Cancelo (Manchester City)
Who buys a right-back for £60m and then restricts him to three touches in the opening five Premier League games? Manchester City, of course. Cancelo arrived from Juventus and has so far played a few seconds for City against Bournemouth. But City can of course wait for Cancelo to be Pep-ified as they have Kyle Walker, who used to be rather good at right-back.

“Joao, we’re delighted with what we’ve seen but he arrived late and he wasn’t in pre-season. There are many things Kyle knows completely and Joao is starting to understand what to do. Maybe tomorrow, maybe after the international break. He needs to be ready and when he is, he will play,” said the City boss last month. But it was Walker who played against Norwich as City basically gave up the title.

“I think Kyle Walker is going to lose his place, he will be out of the team,” said Tony Cascarino this weekend. “Joao Cancelo will come in, they spent a lot of money on him from Juve and he will come in at right-back now, I’m totally convinced. For the second goal [Walker] tried to play offside and realised where he is and then dropped off, and that allowed Norwich about ten yards of space for them to score. You can’t do that.”

For once, we agree with big Tone.

1) David Luiz (Arsenal)
Because he’s played but made f*** all difference to this defensive sh*t-show.