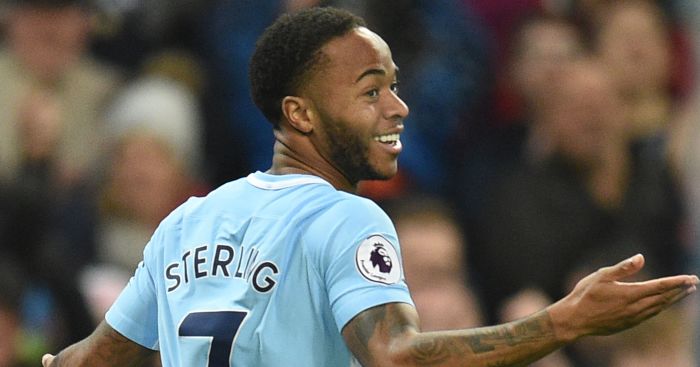 We’ve limited our search to the top ten leagues of Europe, so we’re acknowledging Belgium and Portugal but we will have no truck with Lithuania, Latvia or Scotland. Here are the ten players who are 23 or under with at least ten league goals this season…

10) Ricardo Horta (Braga, Portugal, 23, ten goals)
Six goals in his last four Liga Nos games means that Horta was actually pretty unlucky not to earn himself a Portuguese recall almost four years since his one and only cap for the European champions. His ten-goal haul this season marks easily the best spell of a career that has already taken him to Malaga (where he struggled) and back again to Portugal, where he has been money well (not) spent as a free transfer signing for Braga. His brother also plays for the fourth-best team in Portugal.

Ricardo Horta (23) is Liga NOS's man of the moment.

Tonight's 4-1 win over Chaves was the fifth consecutive match — in all competitions — in which the Braga man has scored.

9) Rony Lopes (Monaco, Portugal, 22, ten goals)
You may remember the name of Rony Lopes; he featured in Manchester City’s League Cup semi-final win in 2014 as an 18-year-old just before being shipped off to Lille on loan. He was then sold to Monaco, who shipped him off to Lille on loan once again. The summer asset-stripping of Monaco has finally given him a chance in the principality and he is currently on a run of eight goals in nine Ligue Un games. It’s fair to say that many Portugal fans think he should have added to his one international cap this week.

Rony Lopes needs to make this team, you take guys that are in good form and have quality. No one can tell me he’s in worse form than Andre Gomes, Adrien Silva or Joao Mario. Mario I would take for sure though

8) Hassane Bande (Mechelen, Burkino Faso, 19, 11 goals)
Less than four months after his debut for a middling Belgian club after signing in the summer on a pittance, Bande’s eight goals and sizzling performances from the wing had earned him a Burkino Faso cap and a biggish-money move to Ajax next summer. And there was talk that Arsenal and Manchester United were also interested. He has since added another trio of goals, but they were not enough to save Mechelen from relegation by goal difference.

7) Santi Mina (Valencia, Spain, 22, 11 goals)
One of three Valencia players to reach La Liga double figures this season – along with Rodrigo and Simone Zaza – as Valencia bid to return to the Champions League, Santi Mina’s achievement is particularly remarkable because he has started only 13 games. There were even calls for him to be handed a first Spanish call-up. After all, he has scored as many top-flight goals as Glenn Murray this season…

🔥 @valenciacf_en's forwards are firing on all cylinders! 🔥

6) Michael Gregoritsch (Augsburg, Austria, 23, 11 goals)
Already at his sixth German club, this summer’s massive (he’s 6′ 4″) £5m signing may have found a home at Augsburg, who have paired him with now-injured Icelandic striker Alfred Finnbogason (11 goals) and are reaping the rewards. This is already his most productive Bundesliga season yet. We don’t think he will catch Robert Lewandowski, mind…

5) Timo Werner (RB Leipzig, Germany, 22, 11 goals)
Fifth on this list last season behind the now-too-old Harry Kane, Romelu Lukaku and Mauro Icardi and the now-lost-it Andrea Belotti, Werner has done that rarest of things for a young player – been consistent. His 21 Bundesliga goals from last season have become 11 in this campaign. And he has scored seven in 11 for Germany too. And still Liverpool prefer Rhiann Brewster. Well, for a near-£90m fee we are hardly surprised.

4) Kylian Mbappe (PSG, France, 19, 13 goals)
He is rather good, you know. The best teenager in world football right now, to be precise. Added to those 13 Ligue Un goals are another six in other competitions. Does that make him worth £166m? We’re not sure anything does, but we give him a B+ for this season so far. And after a run of three assists for France, he scored twice against Russia. Not bad.

Promising signs ahead of his first senior international tournament. pic.twitter.com/TWcNWiZeiI

3) Maxi Gomez (Celta Vigo, Uruguay, 21, 14 goals)
No goals in his last four La Liga games marks his worst spell of a season in which he has scored against both Real Madrid and Barcelona. It’s that kind of form that has seen him called up by Uruguay; he even played one minute as Edinson Cavani and Luis Suarez helped them to victory over Wales and a precious trophy. It’s worth noting that Celta Vigo paid just £3.6m for his services; they could probably quadruple their money right now.

Maxi Gómez and Lucas Torreira with the China Cup trophy.

The young pairing will have a really important role to play for Uruguay in the years to come. pic.twitter.com/V7srUSLhGt

1) Raheem Sterling (Manchester City, England, 23, 15 goals)
“If it’s on, it’s on, but if it’s not, then I try to get in the box as much as I can. That’s mainly where I am now.” It certainly is, Raheem, which is why you are Europe’s most prolific young player. All he needs now is to start scoring for actual England.