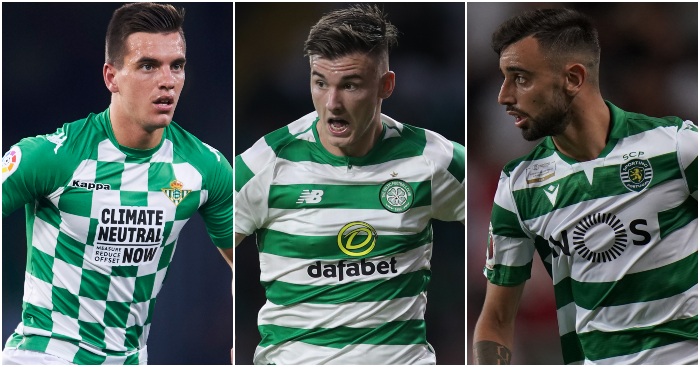 10) Danny Drinkwater to Norwich
The Chelsea midfielder emerged from semi-retirement for Frank Lampard during pre-season but the Premier League title winner was left out of the Blues’ squad for their final friendly, suggesting he had failed to make a favourable impression on the new boss, which is hardly surprising since he never played a competitive minute for the old one. The one prior to that didn’t fancy Drinkwater much either.

All of which leaves Chelsea with an expensive problem. Drinkwater has three years remaining on a £100,000-a-week contract, terms which no other side will come close to matching. Many might have simply forgotten his existence.

Since Chelsea have no chance of selling Drinkwater, they might as well loan him out, if for no other reason than to put him in the shop window. Brighton are said to be keen on such an arrangement and so too are Norwich. The Canaries have spent next to nothing this summer without leaving many holes in their squad, though a defensive midfielder would give Daniel Farke’s engine room a more robust look.

9) Lewis Dunk to Leicester
It is hard to believe that Leicester won’t reinvest some of their Harry Maguire windfall into a replacement, even if they have backed away from Nathan Ake after being quoted £75million by Bournemouth.

There are two main contenders: Dunk and Burnley’s James Tarkowski. The Dunk deal would probably be easier to do since Brighton have already signed a replacement in Adam Webster.

That doesn’t mean it will be cheap. Dunk is likely to cost just over half the £85million Leicester reaped in from Manchester United. Garth Crooks saw it coming.

8) Kieran Tierney to Arsenal
Arsenal have strengthened in all the positions they appeared weakest (though the gaping void remains at centre-half while they wait for William Saliba) except left-back. But it isn’t for the lack of trying.

The Gunners have had two offers rejected for Tierney: the first a derisory £15million bid; while Celtic turned their nose up at the second offer of £25million because of the payment structure.

So the two clubs are not far away and it seems the will of all parties is to make a deal happen. The Gunners have demonstrated that they can come up with mutually-agreeable terms when they really want to and that desire will surely see them land Tierney before they travel to Newcastle at the weekend.

7) Victor Camarasa to Crystal Palace
With less than three days of the transfer window remaining, the silence is beginning to engulf Crystal Palace. Locked in a gentle downward spiral, their entire summer business can be diluted to a reserve goalkeeper joining for free, a loan striker signing permanently for little over £2m, and a 33-year-old Gary Cahill leaving a threadbare squad in awe at his Premier League winner’s medal and impressive wages.

Roy Hodgson needs added impetus, cause for unbridled optimism in a time of need. A loan deal for a midfielder recently relegated with Cardiff is hardly likely to set pulses racing, but it will at least perform a sort of CPR on this fading body. The 25-year-old emerged with credit and is likely to be one of at least three new signings at Selhurst Park come Thursday. Working under Neil Warnock has clearly given him a taste for the septuagenarian.

6) Mario Lemina to Wolves
If it is European pedigree Nuno Espirito Santo wants, then look no further than a Champions League finalist. Even on the fringes at Juventus, Mario Lemina had enough scraps to feed off to maintain a healthy diet.

The midfielder is no longer finding the sustenance he desires at Southampton, however. Nor is he hiding his desperation to “leave and go elsewhere this summer” and “discover something else”.

Saints would be more than happy to make a profit on a player Ralph Hasenhuttl has no plans for. Lemina would be delighted to broaden his horizons. Wolves would be signing a 25-year-old with undeniable talent and extensive experience without breaking the bank.

5) Romelu Lukaku to Inter Milan
There was rather more urgency over getting this deal done when it was thought that Manchester United would move for a replacement for Lukaku if he were to leave. But the Mario Mandzukic trail appears to have gone cold and Ole Gunnar Solskjaer is likely to prefer to trust the young players that have shone in pre-season.

That could work in Lukaku’s favour because Solskjaer’s faith in youth would give Inter another three weeks to shift Mauro Icardi or hunt down the back of the sofa for enough loose change to tempt United into selling a striker they clearly aren’t bothered about keeping.

That said, it isn’t in Lukaku’s interests, or United’s, to drag this out any longer than absolutely necessary. Given the Belgian hasn’t played any minutes during United’s pre-season campaign, imagine how heavy his first touch might be if and when he turns up at the San Siro. Antonio Conte would be advised to keep the receipt if it rumbles on beyond this week.

4) Ryan Sessegnon to Tottenham
You get the sense that Daniel Levy has been waiting for Fulham to panic over Sessegnon. The teenager has only a year remaining on his contract and should he be allowed to run it down, they will receive only minimal compensation for their prized asset.

But the Cottagers have yet to blink. It seems Spurs felt a deal could be done for around £25million but as the deadline creeps closer, the likelihood is that Levy will come up rather than Fulham coming down.

Spurs’ latest proposal reportedly involves midfielder Josh Onomah moving to Craven Cottage with £30million stuffed in his designer washbag. Fulham may well attempt to hold out one last time for more favourable terms in the hope that the looming deadline provokes Levy into some uncharacteristic generosity but either way, it seems almost certain that Sessegnon will be playing in Pochettino’s tutelage, which is an extremely exciting prospect.

3) Giovani Lo Celso to Tottenham
Levy revels in the art of brinkmanship but reports suggest the Tottenham chairman has royally pissed off Real Betis over the pursuit of Lo Celso.

Spurs may offer the Christian Eriksen excuse over their refusal to get the deal done, with the future of the Denmark playmaker no nearer to being resolved than it was at the start of the summer. But this squabble seems to boil down to simple economics. Betis appear to be trying to squeeze more out of Spurs than £55million they are prepared to pay.

Atletico Madrid and Napoli have been mentioned as potential alternative destinations and though Atletico have the cash and the willingness to spend it, it’s harder to believe that Napoli can afford to outbid Spurs. It seems certain to go to the wire, but Pochettino will probably be draped over Lo Celso by Thursday evening.

2) Wilfried Zaha to Everton
The Toffees need at least one more signing to cap what would be an extremely fruitful summer following the arrivals of Andre Gomes, Jean-Philippe Gbamin, Moise Keane and Fabian Delph. Ideally, Marco Silva wants a centre-half but should one not be forthcoming, then Gbamin can drop into his defence.

That might leave Silva more short-handed than he might like in midfield, which would explain the bid for Abdoulaye Doucoure and the links to Wolves target Lemina. But as time goes on, it seems like this particular magpie might be distracted by the shine emanating from south east London. Might Wilfried Zaha be tempted to Merseyside?

Even before last campaign ended, the winger was outlining his desire to play in the Champions League. The off-season has provided rumour and counter-rumour as to interest from Arsenal, Chelsea and Tottenham. Everton cannot offer European football immediately, but their planned trajectory has them there soon enough. The irony is that Zaha, the player who craves a seat at the continent’s top table, might be the final piece the Toffees need to reach the promised land.

1) Bruno Fernandes to Man Utd
Does anyone actually want Fernandes, or have the last few months just been an attempt by Sporting Lisbon to create a market for their headline machine?

Spurs have been mentioned as suitors for the Portugal midfielder, but their attention seems to be more focused on Lo Celso, with the links to Fernandes viewed dimly as an attempt to scare Real Betis. That suited Sporting too if it meant provoking Ed Woodward into taking steps to remedy United’s biggest problem.

Regardless of what happens with Paul Pogba, United need a midfielder. James Garner will play a more active role upon being promoted to the first-team squad but Solskjaer has still lost Marouane Fellaini and Ander Herrera this year without replacing either. United will almost certainly do something seismic between now and Thursday evening, and Fernandes seems the easiest deal to complete, if indeed they’re actually interested.