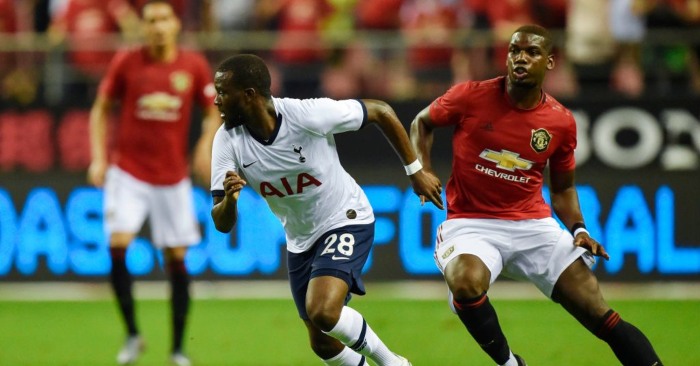 10) Sebastien Haller (West Ham)
Carlos Bacca, Alexandre Lacazette, Maxi Gomez, Yissam Ben Yedder, Moussa Marega…and you can add another 15 or 20 names to a list of strikers West Ham have targeted in recent years as the east London club gave up on the ambition of actually winning trophies and decided that spending £40m-plus on a striker would automatically parachute them into the orbit of the bigger clubs.

Eventually they found a player willing to make the switch and a club (Eintracht Frankfurt) more than willing to take £45m for a striker who had cost them £6m just two years before. Perhaps they knew that without the departing Luka Jovic, Haller would go back to being just ordinary. Particularly when he was taken out of a strike duo and then asked to play as a lone striker and do the incredibly English job of ‘running the channels’. He ended the season with seven goals, a job as back-up to utility man Michail Antonio and the real prospect of leaving for Monaco after just one underwhelming season.

9) Gylfi Sigurdsson (Everton)
Paul Merson had accused Everton of “spoiling the transfer window” when they agreed to pay Watford £35m – which could yet rise to £50m -for Richarlison in the summer of 2018, but history will judge that signing a little kinder than the £40m Everton threw at Swansea for Gylfi Sigurdsson the year before. It’s not that the Icelandic midfielder has been terrible; it’s just that he has been so extraordinarily ordinary that he has come to represent the millions Everton have wasted on mediocrity.

Everton fans are not divided on Sigurdsson; to a man, woman and child they think he is a waste of space. Not even the memory of last season’s occasionally brilliant free-kicks can save him now.

What’s the odds on Sigurdsson being tackled or being forced backwards here 😂 pic.twitter.com/5wtCp3QicE

8) Paul Pogba (Man United)
He’s not ‘lazy’ and he was nowhere near the worst player on the pitch against Sevilla, but it’s undeniable that Paul Pogba has not delivered what Manchester United might have expected for £89m. We can debate all day about whether they should have reasonably expected one brilliant player to turn a good side into a great one, but neither player nor club has been truly happy in this marriage ever since they ignored all sensible advice to never, ever go back.

Pogba attracts so much criticism for his lifestyle, his manner, his wages, his hair, his price tag and frankly his colour that we have perhaps always erred on the side of defending him in the strongest possible terms, but the truth is that he we have seen only a fraction of his talent at Manchester United. We wanted more.

7) Nicolas Pepe (Arsenal)
How would you feel if you read that an investigation has been launched into your signing because no reasonable person can fathom how you could possibly cost £72m? That has got to smart a little. Five Premier League goals and six assists is not a disastrous return for a first season in English football but it is not the expected return on a club-record £72m. For £20m it’s not bad – and we were as enamoured with that number as Arsenal last summer – but Arsenal will have to keep paying for Pepe whether he gets better or worse over the next five years.

But then there’s this…

And he was great in that final.

6) Lucas Hernandez (Bayern Munich)
We’re grasping at straws here with Bayern Munich, but it’s only by being so bloody good and destroying Barcelona 8-2 with a starting line-up that cost less than 100m Euros do they escape censure for the occasional piece of terrible transfer business. Top of such a list is the ludicrous signing of French left-back Lucas Hernandez for a figure (80m) that made him the most expensive player to ever grace the Bundesliga.

Now? He is a bench-warmer (Alphonso Davies is not for shifting) and being linked with PSG, which has somehow become the safety net for every expensive player who fails at another super-club. Bayern should be thoroughly embarrassed as they lift all of the trophies.

5) Tanguy Ndombele (Tottenham)
Nobody will be at all surprised if Tanguy Ndombele becomes a brilliant, brilliant footballer again at another club. He could become the lynchpin of the Inter midfield or even the driving force behind Barcelona’s revival, but it has not worked at Tottenham. Not at all. Perhaps he is not ready for English football or perhaps English football is not ready for him, but he is certainly a terrible fit for a Jose Mourinho team, no matter how many times he makes him run around the park.

4) Joelinton (Newcastle)
One day, somebody at Hoffenheim needs to tell the story about the day Newcastle bid £40m for a player who had cost them £2m just four years before. Somebody needs to walk us through the reaction – presumably laughter resulting in heavy, unbridled urination – in the office when that fax came through offering £40m for a forward who had scored seven Bundesliga goals the previous season. The punchline? The famous Newcastle No. 9 shirt.

“He’ll need a bit of luck along the way but he has the potential to be a top-class centre forward and we are delighted to have him here,” said Steve Bruce. Presumably all that was missing was that ‘bit of luck’ as the Brazilian (really?) scored just two Premier League goals and rarely wobbled over the line into competence as a striker.

3) Cristiano Ronaldo (Juventus)
While 52 goals in 64 Serie A games does not sound like failure, this remarkable transfer need to be put into the context of a £90m Italian record fee, £500,000-a-week wages and minimal sell-on value, making it utterly unsurprising that the club is seemingly trying to find a buyer for the now-35-year-old to recoup a fraction of that massive cost.

Juventus bought Ronaldo for two reasons: To sell shirts and to win the Champions League. They did not need Ronaldo to win Serie A – and the sacking of Maurizio Sarri is a clear indication that domestic triumph is not even close to being enough – so all that money (The Guardian put the final figure north of £300m) was being channelled towards a) becoming the best in Europe again and b) boosting the club’s commercial ventures. Only one of those things happened and that’s simply not a good enough strike rate for such an outlay. It’s not 52 in 64, put it that way.

For the sake of debate, if Ronaldo left Juventus this summer would the CR7 expirement be a success? Or a failure?

It turns out that just, you know, spending a lot of money on a goalkeeper is not enough. Damn you Liverpool for making it look so bloody easy.

1) Philippe Coutinho (Barcelona)
Barcelona have got it wrong, then more wrong and yet more wrong again over the last six years…

Since end of the 2014 window, by my calculations, Barça have signed 29 players for almost a billion euros.
How many have been an unqualified success? Not one?

…and there’s a place for them on a list of the worst second and third most expensive players from each club, but this particular list is about record signings and Coutinho has been a rotter. Their pockets plumped with cash from the sale of Neymar, Liverpool saw the wounded but flush Barcelona coming and sold them a very good player for the price of a superstar. Well done them. And shame on you, Barcelona.

Meanwhile, Coutinho is on the verge of winning the Champions League with a club that does not want him either. Come to Arsenal, fella; you are a perfect not-quite-elite match.