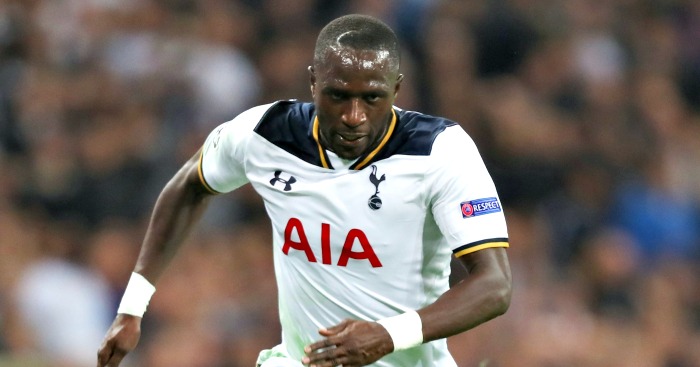 10. Joleon Lescott
Sunderland did not spend a world-record fee on Joleon Lescott; he arrived as a free agent. Sunderland did not sign Joleon Lescott with a view to him becoming a regular first-team player; he has made just one appearance since joining in January. But the panic signing of a 34-year-old centre-half in the last week of the winter transfer window sums up 12 months of miserable transfer business at the Stadium of Light, for which both the manager and the board is culpable.

Lescott, having left AEK Athens in November, was more than willing to offer his expertise to former manager David Moyes. “The lads have been in this situation before so hopefully I won’t need to draw on my experiences last season – but if need be, I will do so,” he said in February.

Said “experiences last season” included helping guide Aston Villa to relegation, and ‘accidentally’ tweeting pictures of expensive cars mere hours after playing the full 90 minutes in a 6-0 defeat. The sort of successive relegations that would make Herman Hreidarsson and Nigel Quashie blush will surely be secured by May.

9. Loris Karius
Since arriving as Liverpool’s second signing of the summer, Loris Karius has enjoyed and endured the entire career of a Premier League goalkeeper in an eight-month microcosm. Early signs of promise were followed by a series of high-profile mistakes; he was backed publicly by his manager, but was made to compete with his previous understudy for the starting position. Karius would lose that battle to Simon Mignolet. Then came the scathing criticism from pundits.

Why are people saying we should buy Hart? Nowhere near good enough in my opinion. I would rather stick with Mignolet and develop Karius.

Whether Karius was justified in issuing a passionate response to both Gary Neville and Jamie Carragher in December is impossible to say, but it will define his first season in English football. Liverpool’s early exits from cup competitions mean he has not featured since January; the only team the Reds beat in his last seven starts was Plymouth.

The 23-year-old has had the opportunity to develop away from prying eyes since, and only Jurgen Klopp will know whether his reaction to early setbacks has been satisfactory. When Karius evaluates his first season at Anfield at the end of his career, it will either be as a learning curve in an otherwise prosperous spell, or a sign that he made the wrong move. Either way, it has been a difficult and disappointing start.

8. Jordon Ibe
As if being valued at £15million and becoming a Premier League side’s most-expensive signing ever was not enough to assuage Jordon Ibe’s displeasure at not being able to truly break through at Liverpool, subsequent praise from Jurgen Klopp surely helped.

“We will watch them, they will have pressure there, they will fight for the league or whatever, and we will see them growing up in pressure situations. That’s perfect,” said the German, confirming that Liverpool had inserted buy-back clauses into the deal which saw Ibe leave for Bournemouth. That clause might just go untouched. Ibe has failed to either score or assist a single goal in 21 games in all competitions.

Eddie Howe is still getting plenty of use out of his old toys, so stop giving him more bloody pocket money.

Swansea fans have likely run out of questions with regards to Borja Baston. The Spaniard joined for £15m in the summer, but has started only four Premier League games. Unfortunate under Francesco Guidolin, under-utilised by Bob Bradley and marginalised by Paul Clement, the 24-year-old will surely leave after just 12 months. A return to La Liga, where he scored 18 goals in his last season for relegation-threatened Eibar, surely beckons.

6. Islam Slimani
And some club-record transfers are just really weird. An excitable Leicester broke their seal three times in the space of a few months, with Nampalys Mendy (£13m) quickly dislodged from his throne by Ahmed Musa (£16m). It was not long before a player would arrive who would top their combined fees alone.

It feels somewhat unjust to brand Islam Slimani a poor signing. He has scored five goals and assisted a further three in the Premier League, and struck the winner against Porto in the Champions League. But this is less an assessment of the player and more a critique of the club. Transfer fees admittedly mean very little in the modern day, but spending £30m on a 28-year-old bit-part player is really quite something.

5. Moussa Sissoko
Whereas spending £30m on a 27-year-old barely-bit-part player disliked by fans of his newly-relegated club is clearly the way forward. Tottenham’s signing of Moussa Sissoko from Newcastle still looks as out of place as Paul Scholes at a tackling convention.

Sissoko was already an unpopular figure with many Tottenham fans even before signing in the summer, such was the extent of his rather public flirtations with Arsenal. His performances at Euro 2016 provided a glimmer of hope that was quickly extinguished upon arrival at White Hart Lane. He has yet to score his first goal, has been publicly admonished by his manager, and has played only 130 minutes more than Erik Lamela in all competitions. The Argentinean, whose crown as Tottenham’s record signing he inherited, has been injured since October. Daniel Levy is rarely out-negotiated, but when he is, it is in the most spectacular way.

In August, Wenger noted that Xhaka “likes to sit” in a position near the centre-backs. By January, the Swiss was “not a natural defender,” and instead was “a guy who likes to go forward”.

The confusion over Xhaka’s best position and actual playing style would be easier to forgive had Wenger not spent £33.8m to sign him. That fee made the 24-year-old the third most expensive pure central midfielder in history. A reminder, were it ever needed, that this is a player his manager has encouraged “not to tackle”.

3. Patrick Bamford
He takes his place alongside Arsenal and Liverpool players, club-record £30m signings and people nicknamed ‘Van Baston’ in their native country, but one particular distinction belongs to Patrick Bamford: He has been a terrible signing for not one, but two clubs.

Bamford’s own role in his struggles at both Burnley and Middlesbrough can only be speculated upon – and often are – but a combined 75 minutes across two separate Premier League spells tells its own story. As Alex Neil, his manager during another difficult spell at Norwich, once explained with one of the greatest malaphors of all time:

“You can take the horse to water but they have to show the determination and will to prove themselves.”

On an unrelated note, Alex Neil is currently unemployed. And probably dragging horses to nearby rivers and demanding they prove themselves.

2. Simone Zaza
West Ham’s owners are a bit silly. Discussing transfer plans at length in the summer has its positives and negatives, but quite why David Sullivan chose March to reveal that the Hammers had “a list of about ten strikers all over Europe” in mind, before adding that “most of our money will go into signing a striker”, only he will know.

In that very same interview, Sullivan revealed that Zlatan Ibrahimovic was one of the aforementioned dectet. The club also publicly courted Alexandre Lacazette, Carlos Bacca, Christian Benteke and Jamie Vardy, seeking the striker that could propel them, as the owners had hoped, into Europe’s top tier.

So when West Ham settled on a loan deal for Simone Zaza, fans had perfectly legitimate questions. After all, Andre Ayew was surely not the striker Sullivan had promised to spend “most of our money” on.

But Hammers fans were happy to give Zaza a chance. That feeling soon dissipated, as the Italian laboured his way through 461 Premier League minutes before ending his loan in January. He scored one goal at the London Stadium – in a friendly for Juventus.

1. Claudio Bravo
Claudio Bravo was not close to the most expensive Premier League signing of the summer. His £15.4m fee is paltry by current standards – although it does make him the costliest 33-year-old ever. Manchester City alone spent more money on four separate players in both windows. But Bravo represented far more than a signing. The Chilean epitomised the playing style employed by the new manager.

To the naked eye, his debut did not go to plan. Bravo dropped a cross, looked sloppy in possession and could have been sent off in a 2-1 victory over Manchester United, leaving many unconvinced. Pep Guardiola, with not a hint of irony, declared it as “one of the best performances I’ve ever seen”.

Rather than an early blip in his spell, such games have typified Bravo’s first season. Despite his advancing years, he was the man who characterised a new era at the Etihad Stadium. He replaced Joe Hart, a popular figure who served as City’s first-choice keeper for almost a decade, but he disappointed to such an extent that he lost that very same place to Willy Caballero by February. Bravo indeed.