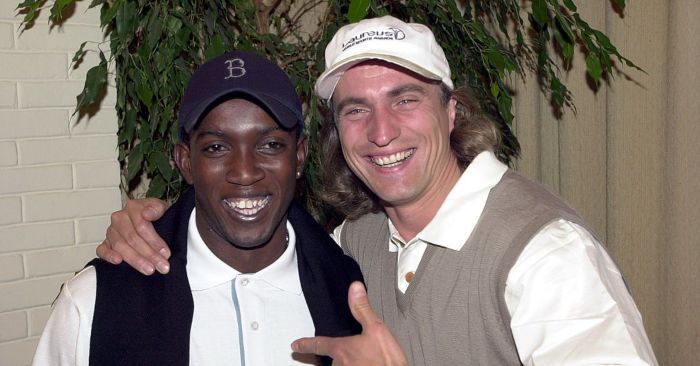 The 2019/20 Premier League Player of the Season shortlist has been announced. We eagerly await the PFA award nominees. Anyone from Liverpool or that boy Kevin de Bruyne would be worthy winners. But that has not always been the case.

10) Wayne Rooney instead of Didier Drogba (2009/10)
The glare of hindsight somewhat obscures the view of the 2009/10 Player of the Year award. Didier Drogba ended the season with a title medal in one hand and a Golden Boot in the other yet it was League Cup winner Wayne Rooney who was named the best player by players, fans and football writers.

It looks like typical English bias in retrospect but that does a great disservice to both Rooney and those who watched him at the time. He was excellent as Manchester United rebuilt their attack around him, selling Cristiano Ronaldo and seeing Carlos Tevez’s loan expire as Rooney stepped up, randomly scored about 427 headers in a month and dragged his club into contention.

He was United’s only genuine star, with more than twice as many goals as any teammate; Drogba was perceived to have merely shone brightest in a glittering galaxy at free-scoring Chelsea. That, too, downplays his dominance. The Ivorian had 22 goals by the end of March – when voting is typically done – compared to Rooney’s 26. That would be his final total, while Drogba eased to an astonishing yet often overlooked 29 goals and ten assists in 32 games, including the winner against a United side sans Rooney in early April.

9) Riyad Mahrez instead of N’Golo Kante (2015/16)
It felt almost like a wrong had been righted when N’Golo Kante was honoured by his fellow professionals as Chelsea sauntered to the Premier League title in 2017. A year prior, Riyad Mahrez was the more obvious choice as the poster child of ridiculous Leicester success, with Jamie Vardy ordained by journalists. They were the scorers and creators, lead actors in every brilliant scene over ten scarcely believable months, front and centre while Kante happily toiled behind the curtain.

The Frenchman was recognised for his efforts by his teammates in being named Leicester’s Player of the Year but he otherwise suffered for the greater appreciation and recognition attacking players receive. Kante was utterly peerless as an all-rounder and there would have been no miracle without his divine interceptions. The irony is that Alexis Sanchez was possibly a more worthy winner in 2016/17 but Kante deserved his moment in the limelight.

8) Ruud van Nistelrooy instead of Robert Pires (2001/02)
George Boateng had barely rediscovered his bearings by the time Andy Gray was imploring Robert Pires to “take a bow, son” over commentary. Arsenal had taken a two-goal lead against Aston Villa during what would become a record-breaking winning run, and the league’s best player had just lobbed one of its greatest goalkeepers to establish it.

Peter Schmeichel was the last of many league victims snared by the Frenchman in 2001/02. Pires was sidelined by a knee ligament injury suffered in his next game against Newcastle in the FA Cup. Arsenal would win both that and the Premier League without him but the players still sought to take Gray’s advice all too literally when the prizes were won. “You don’t buy them, they don’t come in packets,” indeed.

7) Steven Gerrard instead of Frank Lampard (2005/06)
There is a belief that many players factor in the final few months of the previous season when it comes to deciding the best player of the current one. To that end, Steven Gerrard guaranteed himself an unassailable head start on that May 2005 evening in Istanbul, even if he did his best to undo a special Liverpool occasion before pulling them back from the brink. European performance should not come into it but is often impossible to ignore.

The Liverpool captain followed that up with his best goalscoring campaign to that point in 2005/06, reaching double figures from the right wing but only providing three Premier League assists. “I am still in shock,” he said when winning the PFA award three weeks before that year’s FA Cup final. Frank Lampard was undoubtedly surrounded by better players but his normalised Chelsea excellence warranted more.

6) Les Ferdinand instead of Eric Cantona (1995/96)
Few would ever begrudge Les Ferdinand receiving overdue acknowledgement, but it was simply the wrong season for it. He was by no metric the best Premier League striker in 1995/96, never mind the best player: Blackburn forward Alan Shearer and Liverpool deity Robbie Fowler both scored more goals; Eric Cantona was as decisive as all three combined.

The Frenchman’s four league goals before January – indifferent form owing to his suspension and a subsequent period spent removing cobwebs – all came in draws. But from January 22 to April 8, Cantona scored nine goals. Five were in 1-0 wins, one was the opener in a 3-2 Manchester derby victory, another came in a draw at QPR and two settled Manchester United’s nerves against Wimbledon. The title was decided by four points and Cantona, scorer of the only goal in the FA Cup final, contributed about 20 on his own.

5) Mark Hughes instead of Alan Smith (1988/89)
As reductive as it seems to suggest the league’s top scorer as a more suitable alternative for individual acclaim, Alan Smith must have considered himself particularly hard done by when firing Arsenal to a first title in 18 years. He won the 1988/89 First Division Golden Boot with 23 goals when Liverpool striker John Aldridge was the only other player to score more than 16 times and Paul Merson was his sole teammate on double figures, yet Mark Hughes commanded the undivided respect of his peers.

He had a solid enough campaign himself, scoring 14 goals after returning to Old Trafford as a club-record signing from Barcelona. Alex Ferguson was certainly justified in using Hughes as a foundation to try and construct a winning team from. But Manchester United finished 11th, the Welshman scoring once after mid-January, netting in only five league victories and Bryan Robson being named the club’s Player of the Year by the fans. Smith’s brilliance was perhaps too familiar, while Hughes’ two-year English absence only made hearts grow fonder and defences as weary as before.

4) David Ginola instead of Dwight Yorke (1998/99)
It takes a soulless bore to constantly pore over statistics and pick isolated holes in presumably coherent arguments. But David Ginola won the PFA Player of the Year award five days after scoring his first Premier League goal of the season and that probably shouldn’t be a thing, overrated as he is.

Even in a George Graham Tottenham team, three goals and two assists, the last of which came in November, is a diabolical return. Ginola did destroy teams in different cup quarter-finals – Barnsley with that mesmerising dribble in the FA Cup and Manchester United in a League Cup he would go on to lift – but the inevitable split of the United vote in a Treble season robbed Dwight Yorke or even David Beckham of individual honours to accompany historic team achievement.

1 – David Ginola became the only player in Premier League history to win the PFA Players’ Player of the Year award whilst finishing in the bottom half of the table. Undeterred. #OptaPLSeasons pic.twitter.com/sLIL9YAyGo

3) Pat Jennings instead of Gerry Francis (1975/76)
Perhaps you had to be there. Maybe the context has been lost over time, forever enshrining the decision to name Pat Jennings the Player of the Year after conceding 63 goals and keeping five clean sheets for ninth-placed Tottenham as an example of why footballers should be banned from having actual opinions, instead sentenced to a career of providing weekly entertainment to the masses as otherwise barely sentient beings.

Tottenham won the two league games he missed, tearing through Burnley and Sheffield United 7-1 on aggregate, pretending they wouldn’t be in direct competition with them a mere 44 years later.

The numbers are so questionable that they have been researched for at least two consecutive minutes and will be summarily disproven in the comments yet it seems to be true that Jennings was considered the star of a relatively underwhelming top-flight season overall. Champions Liverpool, who boasted FWA award winner Kevin Keegan, lost five matches and held off the challenge of QPR by a single point. The movement to honour Gerry Francis, who scored a wonderful goal in an opening-day victory over the Reds and remained influential throughout the season, starts now.

2) Gareth Bale instead of Dimitar Berbatov (2010/11)
Unless Maicon was given honorary PFA status for the voting period, Gareth Bale should not have won the first of his two Player of the Year awards. The Welshman teased existence as a genuinely generational talent with his Champions League displays against Inter Milan in the first half of the season but his last Premier League goal came on New Year’s Day. Bale was even nominated for Young Player of the Year but finished second to Jack Wilshere in a quite inexplicable turn of events.

The 2010/11 season was, in truth, not blessed with a true standout performer. Joe Hart could perhaps stake a career posthumous claim, while Ashley Cole, Samir Nasri and Nemanja Vidic were all consistently excellent. But Sir Alex Ferguson said it best when he memorialised Dimitar Berbatov’s first of three league hat-tricks that campaign by noting his “touch of genius” against Liverpool.

1) Ryan Giggs instead of Nemanja Vidic or Steven Gerrard (2008/09)
He started 15 Premier League games, was given fewer minutes than 12 teammates including John O’Shea and Ji-sung Park, and won what was essentially a lifetime achievement award in a solid but unspectacular and fleeting season in central midfield. Liverpool were beaten to the title but Federico Macheda had as much to do with that as Ryan Giggs. Clean sheet enthusiast Nemanja Vidic and Phil Collins fan Steven Gerrard were among those shortlisted who had to suffer such tokenism first hand, provoking a confrontation that would only ever end with the former being sent off in disgrace.