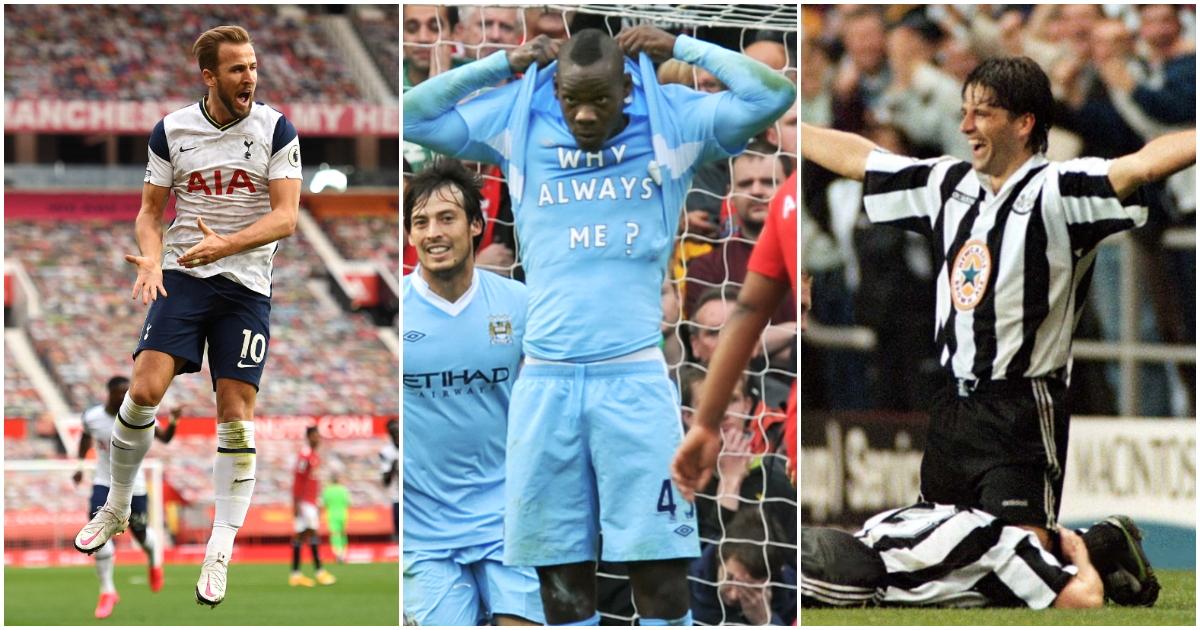 Now, as you might have noticed, Manchester United lost to Liverpool at the weekend. At home. And it was 5-0. Which is very bad, if you’re Manchester United. All the individual parts of that are bad.

But for all their success it’s not the first time United have had their pants entirely pulled all the way down in the Premier League. Here, for instance, are nine other such occasions.

10. Manchester United 0-3 Tottenham
Weird things happened in games between Manchester United and Tottenham where Jose Mourinho was in one of the dugouts. This 2018 game wasn’t even the strangest one, but it was still pretty bloody weird. Romelu Lukaku missed a glorious early chance having latched on to a Danny Rose backpass before Spurs ran riot in the second half thanks to Harry Kane and a brace from Lucas Moura on one of those evenings when he looks utterly unstoppable. The game that prompted Mourinho’s famous “Respect, respect, respect” rant. And yet barely a year later he was Spurs manager. Football is weird, isn’t it?

9. Manchester United 1-4 Liverpool
Fernando Torres ran riot, with Steven Gerrard, Fabio Aurelio and Andrea Dossena also on target in a 2009 humbling for United against their old rivals. Despite this alarming thrashing, with Nemanja Vidic dismissed 14 minutes from time, United still progressed to take the title. So, you know, history might repeat there, you never know, stranger things, Ole in etc. etc. etc.

8. Southampton 6-3 Manchester United
October 1996 was an odd time, United contriving to lose 6-3 to Southampton and 5-0 to Newcastle in successive weeks while at the height of their early Premier League dominance. Egil Ostenstad fired a hat-trick, Eyal Berkovic scored twice and Matt Le Tissier chipped Peter Schmeichel. To add to United’s woes, Roy Keane was sent off.

6. Everton 4-0 Manchester United
Solskjaer had a humbling afternoon at Goodison Park as Everton well and truly ended his honeymoon period as the permanent United boss. in April 2019. Everton were 2-0 ahead at the break through Richarlison and Gylfi Sigurdsson, before Lucas Digne and Theo Walcott doubled the lead.

5. Chelsea 5-0 Manchester United
United were on a 29-game winning streak when they arrived at Stamford Bridge in 1999 but were behind to a Gus Poyet goal after 27 seconds. Poyet would add a second with Chris Sutton and Jody Morris also on the scoresheet. Henning Berg scored an own goal and Nicky Butt saw red on a grim day for United.

4. Newcastle 5-0 Manchester United
Philippe Albert’s stunning lob over Schmeichel capped a thumping win as Kevin Keegan’s men gained some revenge having lost the title to United the previous season. Darren Peacock, David Ginola, Les Ferdinand and Alan Shearer had already scored before Albert’s iconic denoument at a time when United making this kind of show of themselves was a genuinely unusual, rare and confusing event.

3. Manchester United 1-6 Manchester City
The first time United had leaked six goals at Old Trafford since 1930, this was their heaviest home defeat for 56 years. Why-always-him Mario Balotelli (two), Edin Dzeko (two), Sergio Aguero and David Silva were on target as City kick-started their title drive – with Darren Fletcher’s 81st-minute reply all the hosts could muster. It didn’t feel like much at the time, but at least it stopped the result being mathematically worse than subsequent spankings from Spurs and Liverpool. A huge, huge goal.

2. Manchester United 1-6 Tottenham
This had a great many elements to make it deeply unpleasant for United. Their not exactly beloved former boss Jose Mourinho coming and handing out such a beating at Old Trafford was desperately hard to take in a game that hinged to a large extent on a virtuouso piece of Erik Lamela sh*thousing to get Anthony Martial sent off. By then, though, Spurs had already taken the lead despite a Bruno Fernandes penalty putting United in front inside the first two minutes. Goals from Tanguy Ndombele, Harry Kane and a Son Heung-min double gave Spurs an improbable 4-1 half-time advantage, with Serge Aurier and Kane adding further insult to a frankly absurd scoreline on a day when Liverpool also managed to get gubbed 7-2 at Villa. An unusual Sunday.

1. Manchester United 0-5 Liverpool
The worst for so many reasons. The 6-1 defeats to City and Spurs were horrific but at least had an air of absurdity to them. They were such outlying results that they could almost be written off. Spurs weren’t and aren’t really good enough for that 6-1 to mean anything. The 2011 United side had passed its peak but was still good enough to regroup from the City debacle and two years later won another title. The 5-0 thrashing from Liverpool was different. This was a poorly coached and inadequate Manchester United being ruthlessly torn apart by a team with superior skill, talent, application and tactics. That Liverpool almost appeared embarrassed by the whole thing by the end just adds to the agony for United, who had to watch on helplessly as Liverpool decided to just spend the last half-hour playing keep ball after Paul Pogba’s red card made an already lopsided mismatch cruel and unusual. If you want to read a couple of thousand more words on this one, and we can understand why you would, then knock yourself out.