Man Utd, nor anyone else, has been in touch with Torino to enquire about Andrea Belotti, apparently... 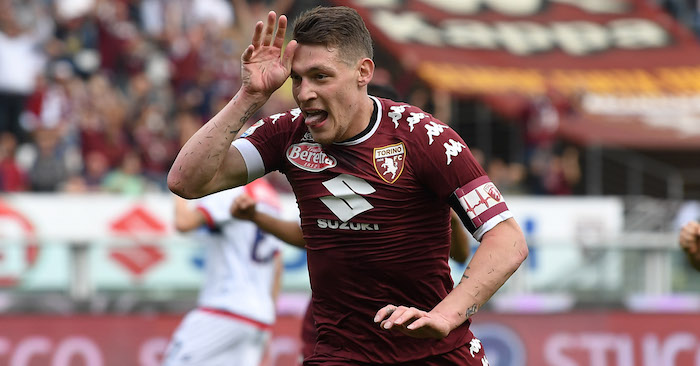 Torino president Urban Cairo claims the Serie A club have had no contact from Man Utd over Andrea Belotti.

The Italy striker is said to be a target for United and a host of other clubs including PSG and AC Milan, but Torino have always insisted that anyone wishing to buy their 26-goal striker must activate his £87million buy-out clause.

United were said to be keen to negotiate a compromise with Torino, but Cairo says he has head nothing from Belotti’s supposed suitors.

“We have a contract until 2021, so if he should remain, it would not be a ‘gift’ but with us a long relationship,” Cairo told Sky Sport Italia, as quoted by Calciomercato.com.

“It is clear that it is important for him to remain happy, as I hope he will stay with us, we will talk about it soon.

“Other teams, I have not had any contact with anyone, not with PSG nor with Manchester United, nor with Milan.”