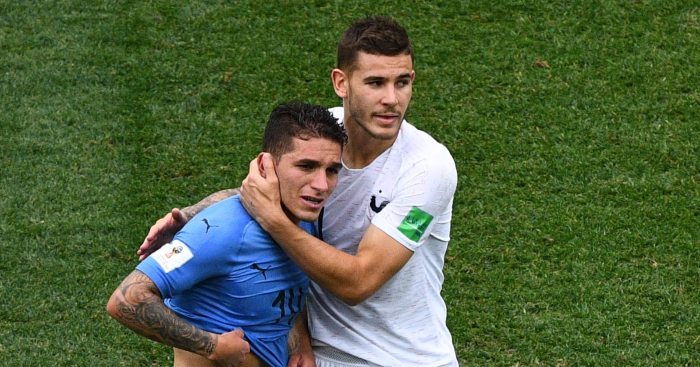 Lucas Torreira has confirmed he is flying to north London to complete one of two medicals Arsenal have arranged on Monday.

Torreira is seen as the final piece of the Arsenal first-team puzzle, with the Gunners having already signed two defenders in Stephan Lichtsteiner and Sokratis Papastathopoulos, as well as goalkeeper Bernd Leno.

Arsenal have agreed a reported £26million fee for the Sampdoria midfielder, who has left Uruguay’s World Cup squad to fly to England.

“I would have been very happy to be able to return to Uruguay with my teammates, but this is a fantastic opportunity and I do not want to waste it,” he told Tenoche.

Torreira had already delayed a medical at Arsenal to allow him to concentrate on Uruguay’s World Cup campaign, which was ended by France at the quarter-final stage.

The 22-year-old is likely to be joined by Matteo Guendouzi of Lorient, who is seen as a prospect for the future.

The 19-year-old midfielder will also undergo a medical on Monday, and will be Arsenal’s final signing of the summer.