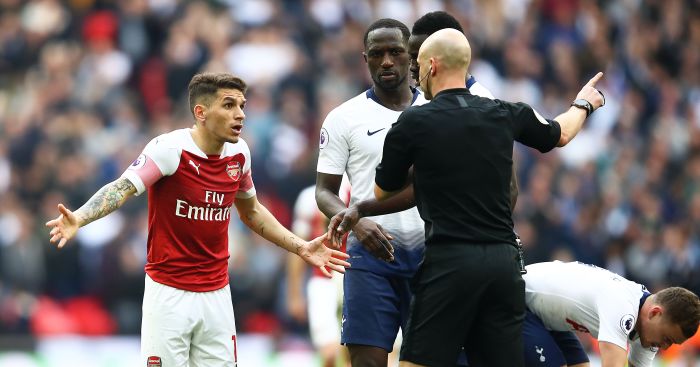 Arsenal midfielder Lucas Torreira will serve a three-match suspension after the club’s appeal to the Football Association over his red card against Tottenham was rejected, Press Association Sport understands.

Torreira had come on at half-time during Saturday’s north London derby at Wembley, and was sent off by referee Anthony Taylor during stoppage time after catching Danny Rose with his studs in a sliding challenge.

Following the decision by the FA, Torreira will be banned for Sunday’s clash against Manchester United at the Emirates Stadium, while also missing the home game with Newcastle on April 1 and the trip to Everton on April 7.

Arsenal will be back in action on Thursday night in the first leg of their Europa League tie against Rennes in France.

Torreira would be eligible as his ban is only for domestic games, but striker Alex Lacazette is suspended following red card against BATE Borisov.