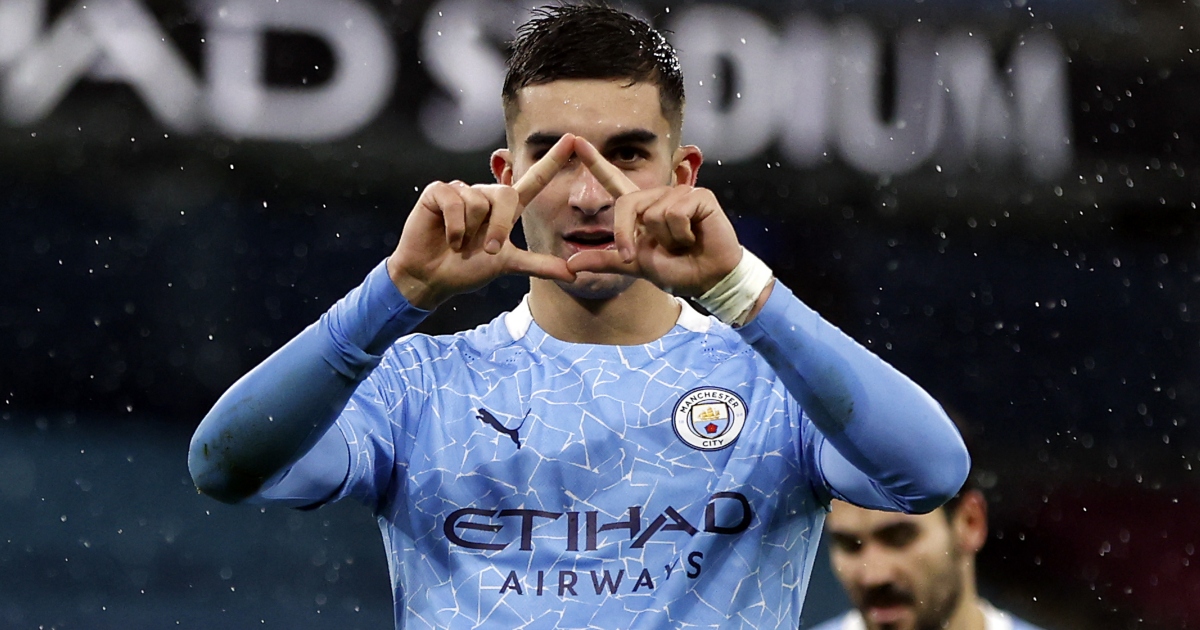 Barcelona winger Ferran Torres has revealed he joined Manchester City with the long-term ambition of joining “one of the greats in Spain”.

Torres recently switched England for Spain for a fee believed to be in the region of £46.7million – potentially rising to £55m.

He spent 18 months at City following his move from Valencia for £20m and emerged as a solid goalscoring option for Pep Guardiola.

Following the Premier League champion’s failure to sign Harry Kane from Tottenham last summer, Guardiola utilised Torres a centre-forward before he picked up an injury in October.

His last appearance for the Citizens came in a 6-1 win against Wycombe Wanderers in the third round of the Carabao Cup.

After his move to Barcelona was confirmed, Torres wrote a heartfelt message to the Man City fans, but his recent comments are unlikely to go down well with the club’s fanbase.

Ferran Torres is officially unveiled as a Barcelona player 🔴🔵 pic.twitter.com/xO3BsjvDKB

“I’ve always said it, it was very clear to me. I went to City to return to one of the greats in Spain,” the 21-year-old said at his unveiling (quotes via Manchester Evening News).

“I was prepared to assume this responsibility. I want to return Barca to the place where it deserves.”

The Spain international also spoke of his pride at becoming a Barcelona player, as well as discussing his favoured position and relationship with Guardiola.

“I’ve been playing as a forward for City, although where I feel most comfortable is on the right-wing,” he added.

“As long as I play, I don’t care about the position. Barca is one of the best teams in the world, there will always be competition and that makes us all better. I hope to do my best to bring joy to the fans.

“I have learned a lot [from Guardiola]. He is one of the best coaches in the world. I have learned with him to play as a forward. I have very nice memories of my time at City, things I’ve learned. He advised me to face this challenge with great enthusiasm.

“They [his final conversation with Guardiola] are internal things that remain between him and me. The most important thing is that I am a Barca player, which is what I was most excited about.”