Pau Torres is one idea for Man United and we have four more potentials from Spain. 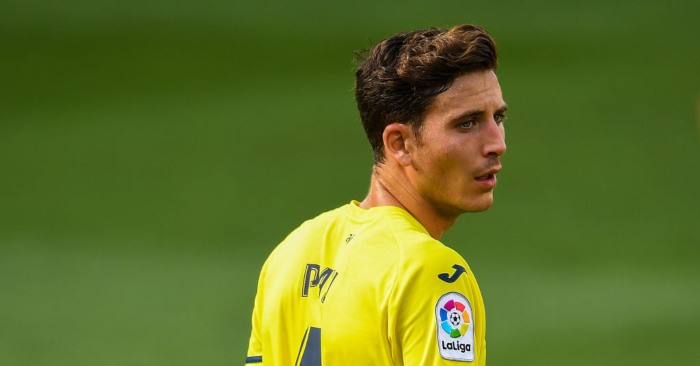 With the belated summer transfer window now upon us, Premier League clubs could do far worse than look to Spain as they try to patch up, renovate or embellish their squad. Here are five La Liga players that could be available this summer, and the Premier League clubs who should be looking to sign them…

The 23-year-old Roca was a shining light in an otherwise dismal season for Espanyol, and his steel and comfort on the ball in central midfield have reportedly caught the eye of Mikel Arteta as he looks to build an Arsenal side in his own image. His release clause was set at €40m, but this is believed to have been lowered due to Espanyol’s relegation to the Segunda, which will suit Arsenal and their limited resources. He’s far from the finished article, but with a bit of polishing under Arteta’s tutelage he could become a key cog in the Arsenal machine.

It’s notoriously hard to find value for money when trying to sign a decent centre-back these days. So when a hugely talented 21-year-old centre-half with a release clause set at a minuscule €12m crops up, you would expect there to be a slew of top clubs vying for his signature. For some unknown reason, that isn’t the case with Salisu. Southampton look likely to seal a deal for the highly rated Ghanaian in the coming days, which could be a great coup for the south-coast club. Don’t be surprised to see him signing for a bigger club for far more money in the next few years.

The ex-Crystal Palace midfielder has been one of the most underrated players in Spain since Levante’s return to the top flight three years ago, and his dynamism and consistency have been fundamental to the Valencian side’s consolidation in La Liga. His release clause is set at €60m, but a club of Levante’s resources couldn’t really turn down an offer of around half that amount. He has been linked with a return to Sevilla, but he has all the attributes to be a success in the Premier League, and would be a good fit for aspirational sides such as Everton or Wolves.

Jose Campana or however u spell his name pic.twitter.com/Lu4cE8zU2x

The Brazilian striker failed to force through a move to Spurs in January, and despite making his peace with Real Sociedad and their fans after the transfer fell through, it is understood that he would still like to move on given the opportunity. The only problem is his prohibitively high release clause of €70m. La Real were willing to sell for €25m in January, and while the Spurs ship may have sailed, that could be an enticing price for a soon-to-be cash-rich Newcastle side who are in desperate need of a goalscorer.

The young Spanish international has been a star of the Villarreal side that made a late surge up the table to finish fifth in La Liga. The centre-back has a release clause of €50m, which would preclude the likes of Arsenal and Spurs but encourage deeper-pocketed clubs like Man United and Chelsea. United are on the lookout for a long-term partner for Harry Maguire, while Chelsea are in need of a bit of quality at the back, and the ball-playing centre-half would be a good fit for either side. At just 23 years of age, €50m could prove to be a reasonable outlay for a long-term investment.