Home All The News Tosun still has a future at Everton, says Silva 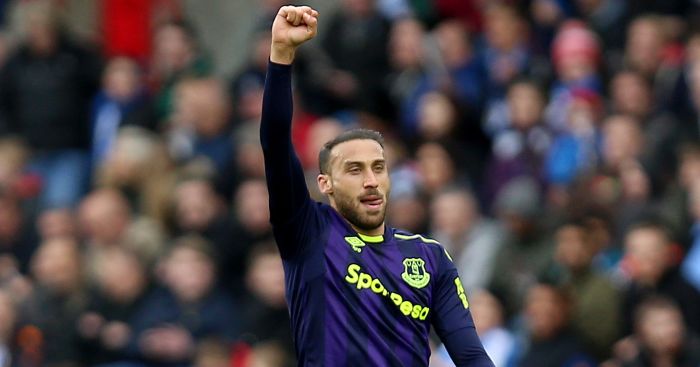 Since being signed by Silva’s predecessor Sam Allardyce in January from Besiktas for a reported £27million, Tosun has scored seven goals for the Toffees.

The Turkey international has netted just twice this season, with his last goal coming in October, and he was left out of Everton’s 18-man squad for the 5-1 win at Burnley on Boxing Day.

When asked on Thursday if Tosun still had a future with Everton, Silva, whose side are at Brighton on Saturday, replied: “Yes. Why not?

“It was not just Cenk Tosun who was out of the squad. It is part of my decisions and for this match, for the squad list, I have decided to go with (Oumar) Niasse (who was an unused substitute).

“Let’s see what I will do (for the Brighton game) and in the next matches as well. But it is not because one player stays one match out of the squad list that he doesn’t have a future in our club.

The 21-year-old centre-forward has scored five times in all competitions this term, most recently in the 3-1 loss at Manchester City on December 15.

Silva said of the England Under-21 player on Thursday: “I am happy with him, but I want more because he has the quality to give more to us as a team and to improve more and more and more.

“He has some specific skills I like in a striker and he knows what I expect from him and the work we are doing with him.

“If he has started the last three matches, it is because he deserves it and I believe in him.”

Richarlison may be restored to the Everton starting line-up on Saturday after coming off the bench to net his ninth Premier League goal of the season in the Burnley contest.

Fellow forward Ademola Lookman, missing for the last two matches with an ankle injury, could be back involved at the Amex Stadium.

And regarding midfielder James McCarthy, who has not featured since suffering a horrific double-fracture of his lower right leg against West Brom on January 20, Silva said: “He is training with the team.

“He is ready if I take the decision for him to play.”

Meanwhile, defender Yerry Mina has spoken of his pride about his landmark goal at Turf Moor.

As well as being his first Everton goal, Mina’s early opener also, according to the Merseyside outfit, made them the first English club to reach 7,000 top-flight goals.

“I am so proud to score such a significant goal for the football club,” summer signing Mina said on the club website.

“For me, personally, it was a special goal but it is also a celebration of all the famous names who have scored for this great team.

“To be the first club to reach 7,000 goals demonstrates what I knew when I arrived here – that it is an important club with a big history.”