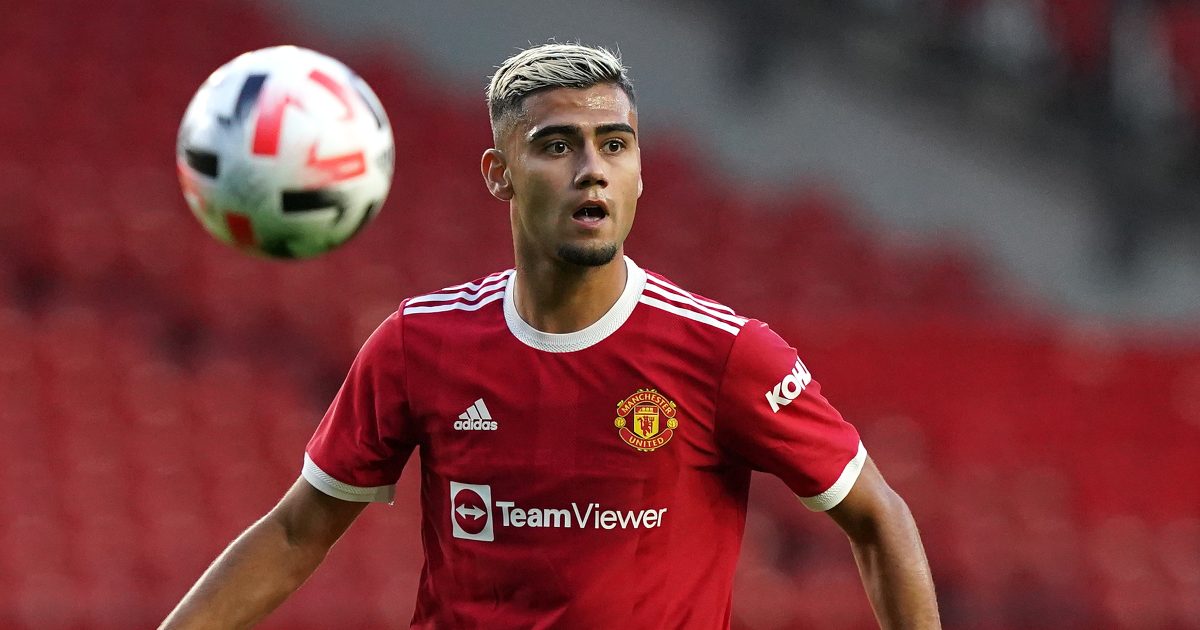 According to reports, Man Utd and Flamengo have reached a ‘total agreement’ over the transfer of Andreas Pereira for a fee of around €10.5m.

The Brazillian had a spell as an academy player for PSV Eindhoven before he joined Manchester United in 2011.

Pereira made his senior debut for the Red Devils during the 2014/15 campaign.

Following his period in Spain with Granada and Valencia, the midfielder played 40 times for United during the 2019/20 campaign.

Pereira has not featured for Man Utd since the end of that season though and he joined Flamengo on an initial loan deal last year.

It was revealed earlier this week that United and Flamengo were in talks over a permanent deal.

Respected journalist Fabrizio Romano is now reporting that the two clubs have reached a ‘total agreement’.

He adds that the deal will include a 25% sell-on clause and that Pereira will pen a long term contract:

Elsewhere, Man Utd forward Anthony Martial has revealed his “priority” was always to join Sevilla in the January transfer window:

He made his debut for Sevilla in Saturday’s 0-0 draw against Osasuna, playing 77 minutes of the match.

Following the draw, the La Liga club’s manager Julen Lopetegui encouraged Martial to “adapt” so he can thrive in Spain.

“Of course, Martial must give us much more. He needs to adapt and figure out the dynamics of the team,” Lopetegui said.

And now Martial has opened up on his move to the Spanish giants, claiming that he declined the chance to join Juventus and Barcelona.

“It’s true, Juventus tried to sign me,” he said (via Football Italia). “They were talking to my agent but I told him that I preferred Sevilla. It was the best option for my family and me.

“Barcelona held talks with my agent as well, but once again, I said that my priority was Sevilla. I didn’t change my mind. I always keep my word when I say something to somebody.”