Home All The News Tottenham have £15.5m bid for Bologna defender rejected 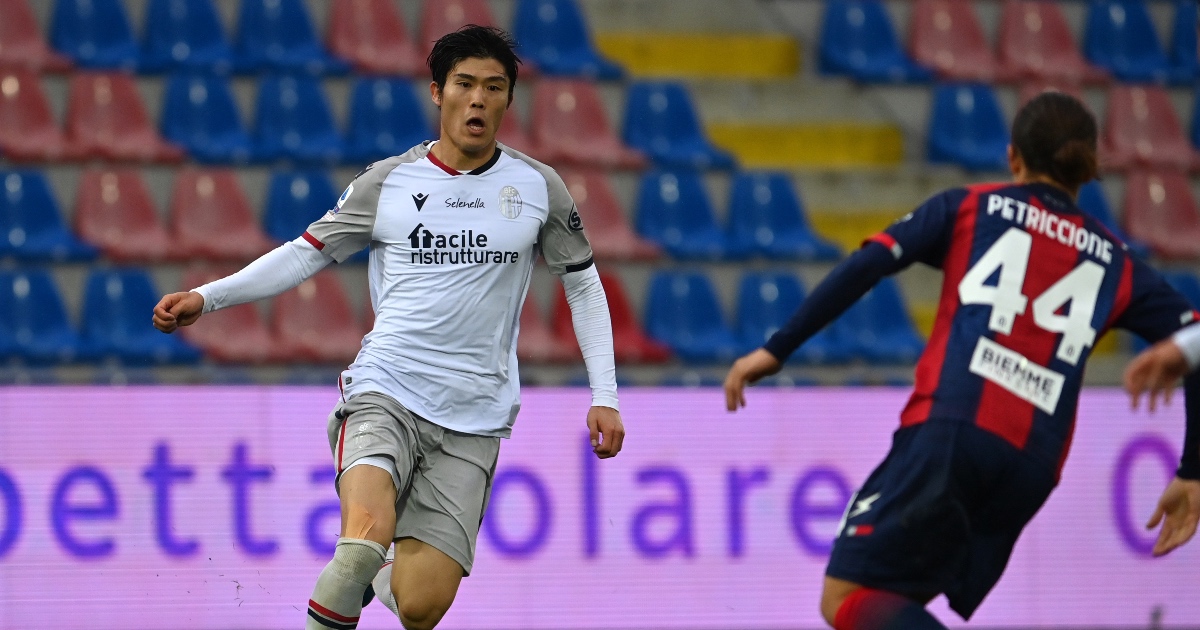 Tottenham have seen their £15.5million bid for Japan international Takehiro Tomiyasu rejected, according to reports.

He opened discussions with the club over a move earlier this week, but will now have to plot an increased offer for the 22-year-old.

According to Sky Sports, Tottenham put forward an initial £12.9m plus £2.6m in add-ons but saw it knocked back.

Bologna are holding out for a fee of at least £17.2m, with talks ongoing between the two parties.

Tomiyasu is comfortable at centre-back or right-back and is seen as an ideal player to improve the first team.

He made 31 Serie A appearances for Bologna last term, helping them to finish 12th in the table.

Tomiyasu has international experience, too. He’s already been capped 23 times by Japan and looks certain to be a reliable name in their team for years to come.

Tottenham are hoping to bolster Nuno Espirito Santo’s options in defence and Tomiyasu fits the bill.

His relatively low price tag makes him a more achievable target when compared with other big names.

Tomiyasu could replace Serge Aurier next season. The full-back is aiming to secure a Paris Saint-Germain return.

When asked about the prospect of playing in France, Aurier said in May: “I have never hidden my desire to come back to PSG one day.

“This is my heart club, the one I support, I feel free to talk about it. But I don’t want people to think I’m kicking my foot out and closing the door on anyone. But if the club make a proposal this summer, PSG will be one of my top picks, for sure.”

In addition, Tomiyasu will be able to compete with the current crop of centre-backs for a starting place.

Spurs’ defence came in for plenty of criticism last season as they slipped down the Premier League table after December.

At least now they are making moves to solve that problem.