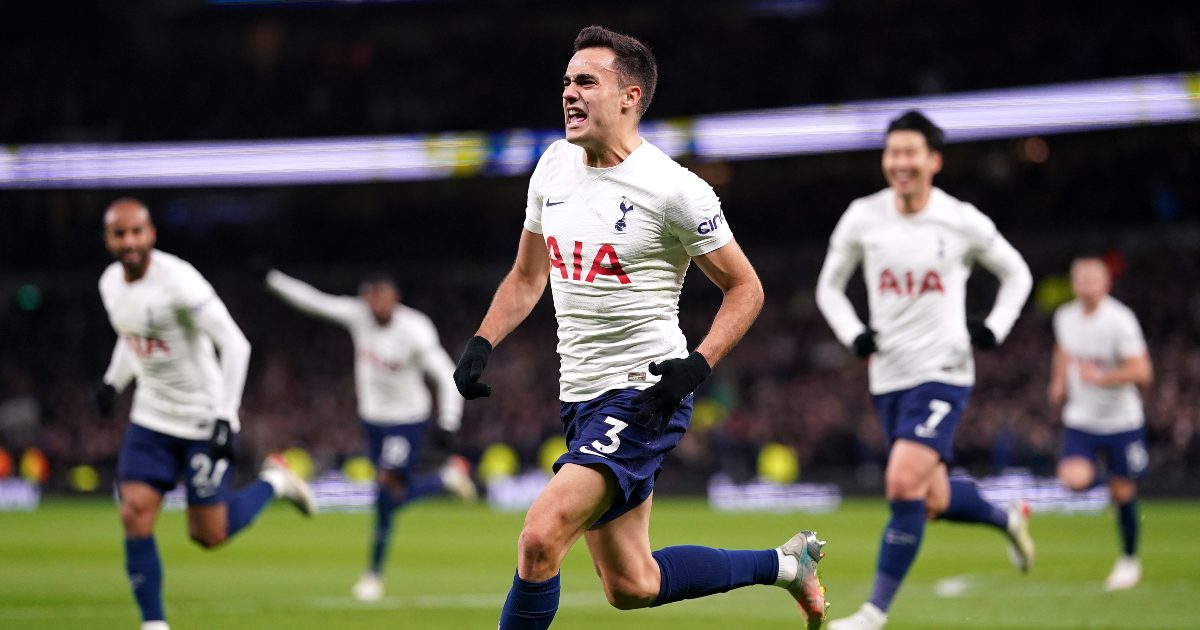 Tottenham Hotspur fought back from behind in the second half to earn all three points against Marcelo Bielsa’s Leeds United.

Antonio Conte watched on as his new team were booed off at half time at The Tottenham Hotspur Stadium. Daniel James put Leeds ahead before the break.

Goals in the second half from Pierre-Emile Hojbjerg and Sergio Reguilon ended Spurs’ three-game winless run.

Hojbjerg’s strike was Tottenham’s first in the Premier League since Son Heung-min scored at Newcastle in early October, well over four hours of action, and improvements are still necessary.

But the win moved them up to seventh, just four points off the top four, and with Manchester United sacking Ole Gunnar Solskjaer on Sunday morning, the Spurs hierarchy will be pleased they made the move to get Conte three weeks ago.

Leeds will perhaps feel they should have left north London with at least a point as they had other good chances to get a second goal, with defeat leaving them hovering above the relegation zone.

Conte’s appointment has brought enhanced expectations at Spurs, but the opening 45 minutes showed work is needed.

Leeds, without two of their best players in Rodrigo and Raphinha, were organised and their collective sum was much more than that of Tottenham’s individual talent.

Nuno Espirito Santo paid the price for a turgid style of football, but there was no improvement as any promising moments in attack were undone by loose passes at key moments.

Adam Forshaw drilled an effort inches wide so it was no surprise that the visitors took a 44th-minute lead.

Jack Harrison picked the ball up on the left-hand side and beat Emerson Royal with ease before sending a delicious cross that was begging to be converted and James wilfully obliged.

Nuno’s reign ended in boos against Manchester United and Spurs were again jeered off the field at the interval, having gone 272 Premier League minutes without producing a shot on goal.

Something had to change after the break and it did as they finally played with some vigour in attack.

Harry Kane should have ended his and his team’s drought straight after the restart when Lucas Moura played him in but his shot was turned on to the post by Illan Meslier.

James threatened adding a second as he forced Lloris into a sprawling stop with a low effort, but Tottenham were building momentum.

They hit the woodwork for a second time when Son’s shot was deflected onto the crossbar and then wanted a penalty after the South Korean went down under an aborted challenge from Phillips.

The leveller came in the 58th minute as Moura fielded Reguilon’s cross at the near post and, with Meslier out of position, he cut back to Hojbjerg who rolled the ball into the far corner.

Spurs completed the turnaround 11 minutes later as they had a stroke of fortune after again hitting the woodwork.

Eric Dier’s free-kick from 20 yards was deflected onto the post and Reguilon was following up to ram the rebound home.

Leeds had moments of promise in the search for an equaliser but could not forge a clear chance and Spurs held on for an important victory.