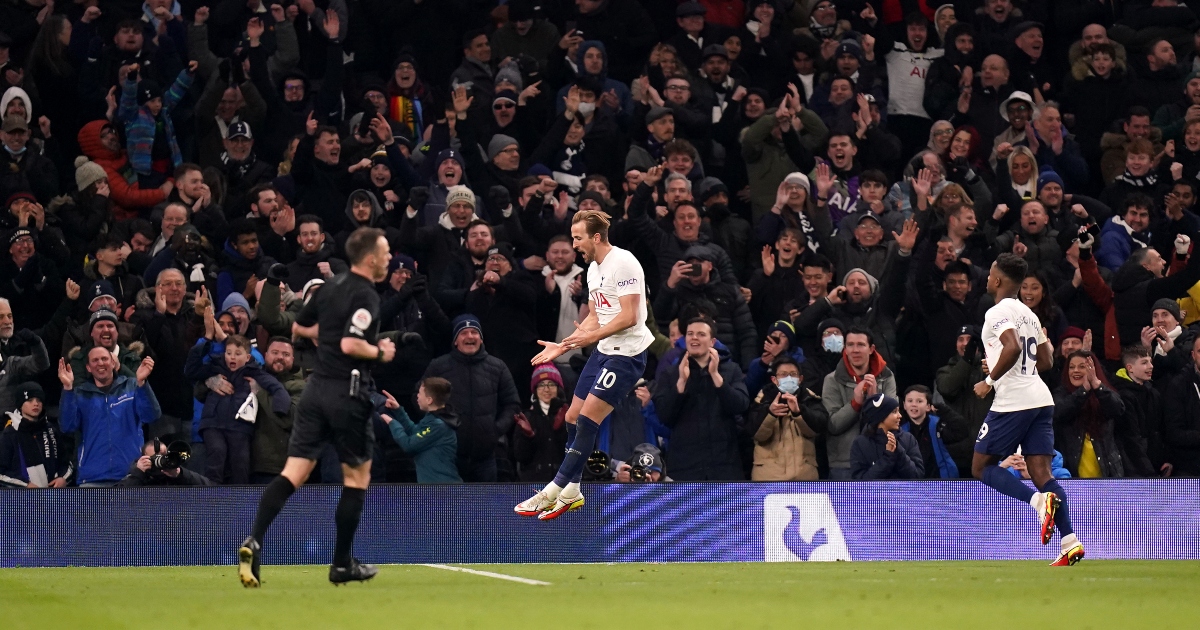 Harry Kane and Tottenham look back to their best after they smashed relegation-threatened Everton 5-0 in the Premier League.

Tottenham have been inconsistent in recent weeks but showed their best after Michael Keane’s own goal put them ahead early on, they ran riot, with Kane scoring twice and Son Heung-min and Sergio Reguilon also netting.

It was another Kane masterclass, with his second goal a particular highlight, and he took his tally to 14 goals in 15 games against Everton.

This was as bad a performance as the Toffees have put in this season and there has been no bounce under Frank Lampard, with a fourth loss in five league games since he took over.

There is little doubt that they are involved in a relegation dogfight as they are just a point above 18th-placed Burnley, though they do have a game in hand.

Spurs equalled their best ever Premier League win at the Tottenham Hotspur Stadium and will now have real belief that they can gate-crash the Champions League qualification places.

Antonio Conte’s men, although still in seventh, are three points behind Arsenal and firmly in the race ahead of a crunch visit to Manchester United next week.

The problem is you never know what you are going to get with Spurs in recent weeks as they followed a win at Manchester City with embarrassing defeats at Burnley and Middlesbrough.

But it was clear from early on that this was going to be a good night as they took early control of the game.

They went ahead in the 14th minute as Ryan Sessegnon was set free down the left and his cross was put through his own net by Keane, who scored a second own goal in three appearances at the Tottenham Hotspur Stadium.

It was 2-0 three minutes later as Spurs produced a lovely team move, but required a helping hand from Jordan Pickford.

Kane found Dejan Kulusevski, who played in Son and the South Korean was grateful to see a weak shot squirm through Pickford’s body and into the back of the net.

Son and Matt Doherty missed big chances to make it 3-0, but Kane did not need a second invitation in the 37th minute.

Doherty played an exquisite first-time pass to Kane, who raced through on goal and finished clinically past his England team-mate Pickford.

The break did not stop Spurs’ momentum or allow Everton to stem the tide as they made it 4-0 after just 41 seconds of the second half.

Son passed to Kulusevski and the Swede bagged a second assist by cutting back to Reguilon, who scored with his first touch having come on at half-time.

Spurs were not showing mercy and moments after Eric Dier had headed against the crossbar, Kane made it five with the goal of the night.

It was a great ball over the top by Doherty to pick out Kane, who found the bottom corner with a superb first-time volley.

Everton brought Dele Alli on for his first return to north London since his January exit but there was no saving the game.

Spurs took their foot off the pedal but the damage had been done as Everton were left to reflect on a bad night.