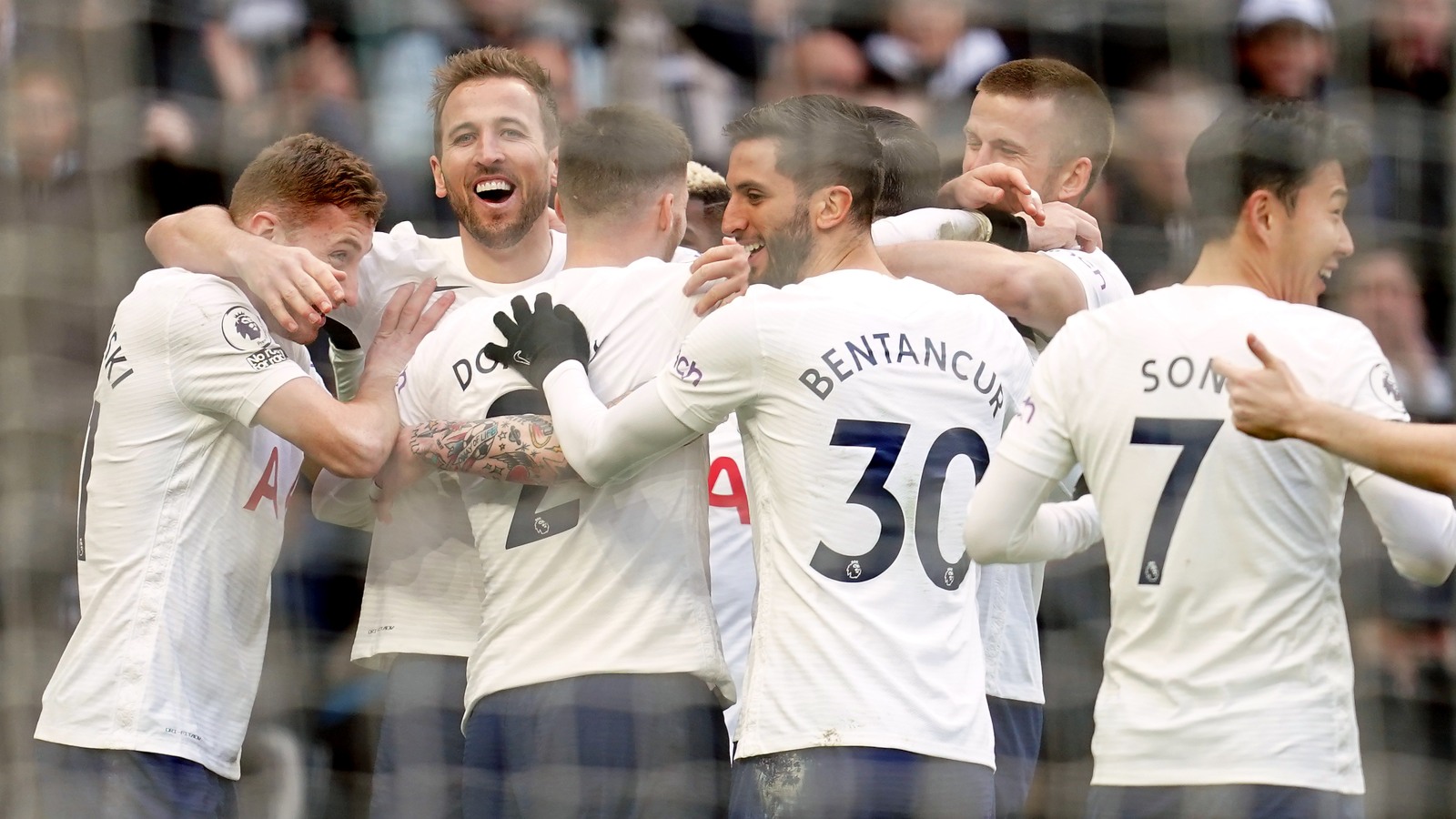 Tottenham moved into the top four of the Premier League with a statement 5-1 win over Newcastle which piles the pressure on north London rivals Arsenal.

After falling behind to Fabian Schar’s first-half free-kick, goals from Ben Davies, Matt Doherty, Son Heung-min, Emerson Royal and Steven Bergwijn moved them above the Gunners in the table on goal difference.

The 10 most used substitutes in the Premier League this season

Mikel Arteta’s men will reclaim fourth spot on Monday night if they take a point from their visit to Crystal Palace, but Spurs are firmly in the race for a Champions League place having seemed out of contention a few weeks ago.

Five wins from the last six games, inspired by the front three of Harry Kane, Son and Dejan Kulusevski, has boosted hopes of a return to Europe’s top tier and their fate could come down to their home game with Arsenal, which has yet to be rearranged.

They were simply too good for the Magpies, who have now lost three in a row and sit nine points above the drop zone.

Eddie Howe’s side came and deployed a tactic that Spurs are known to struggle with as they sat deep and denied the hosts space in the final third.

And it worked for the majority of the first half as although Spurs had plenty of the ball they could not create anything clear-cut.

Then things got even better for the visitors as they went ahead in the 39th minute.

Well, that was fun.

Son fouled Joe Willock on the edge of the area and Schar sent a low free-kick around the wall and past Hugo Lloris, who got a hand to it and was disappointed not to keep it out.

But that was as good as it got for Newcastle as Antonio Conte’s men hit back in style.

They got back on level terms quickly as Davies glanced home from Son’s cross after Spurs recycled a corner.

That gave the hosts the platform to go on in the second half and win the game and they took the opportunity with both hands, scoring three goals in 18 minutes.

Doherty put them ahead in the 48th minute, arriving late at the far post to nod home Kane’s superb ball across the face of the goal.

Kane set Kulusevski free down the right, the Swede picked out Son, who controlled and fired into the corner from 10 yards out.

The fourth goal, in the 63rd minute, came from a more unexpected source as Emerson, only playing because of an injury to Sergio Reguilon, poked home at the near post from Doherty’s cross.

Spurs should have made it five, but Son rolled an effort wide after Kane’s 40-yard pass played him in on goal.

They eventually did score a fifth – for a second time in three home games – as Bergwijn scored two minutes after coming on, slotting home having been sent clear by Lucas Moura.