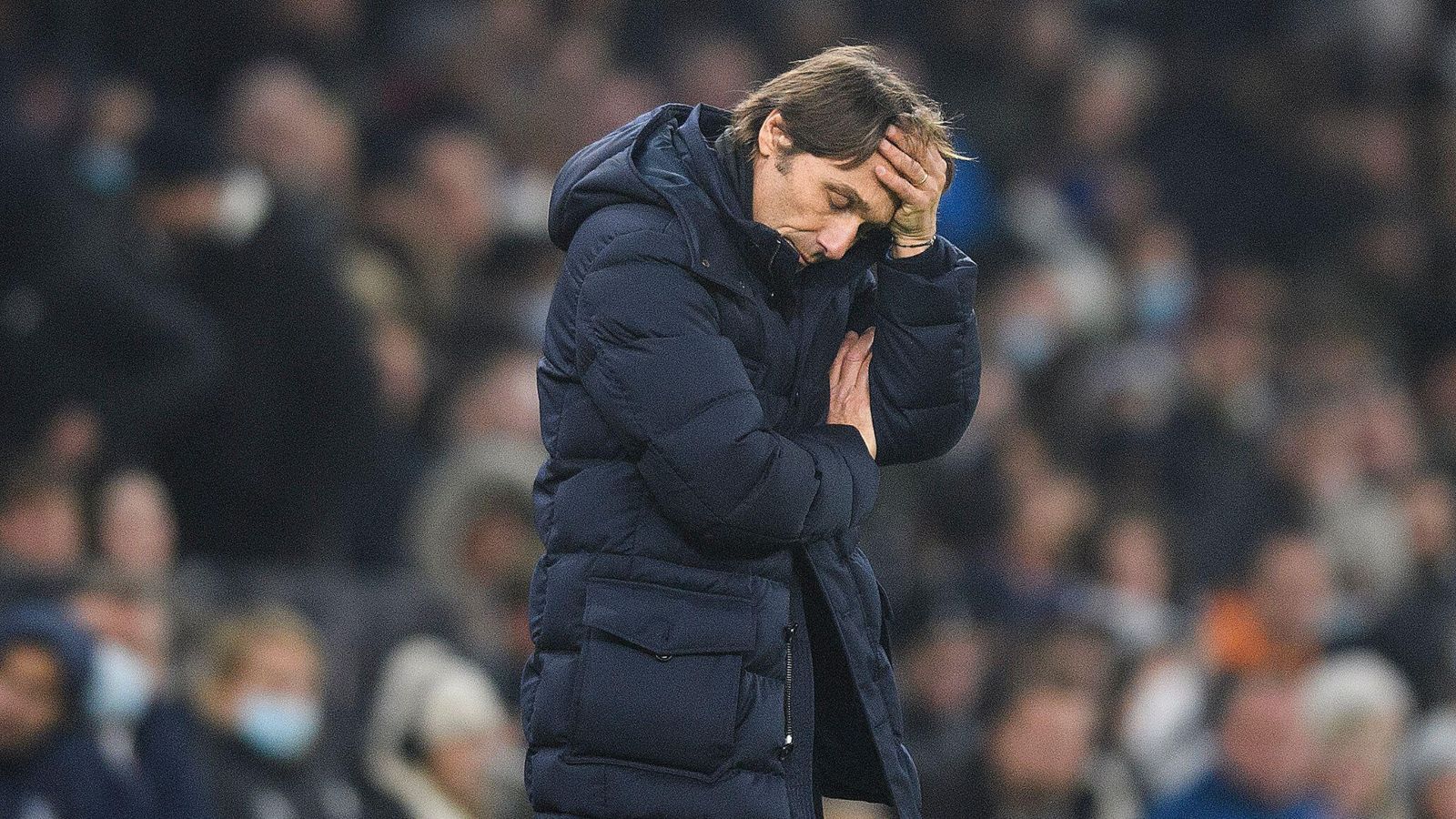 Tottenham have added Graham Potter and Roberto Mancini to their list of possible alternatives to Mauricio Pochettino as doubts grow over Antonio Conte’s future at the club, according to reports.

Spurs have been improving since Conte took over in early November to replace Nuno Espirito Santo, who lost five of his last seven Premier League matches to leave the club ninth in the table.

Since then, Tottenham have gradually risen up the table and now find themselves fifth, two points off fourth-placed Arsenal with five matches to play.

Spurs have the Gunners to play in the north London derby in a fortnight’s time with the match probably going a long way to deciding which of the two teams will play Champions League football next season.

However, there have been rumours that Conte could jump ship this summer whatever happens in the final straight with a report insisting that the Italian has offered himself to Paris Saint-Germain.

Pochettino is almost certain to leave this summer, with the manager and PSG attempting to agree a compensation package which would allow him to depart, as the French giants would have to fork out €15m to sack him.

The report on Monday claimed that there has also been ‘contact’ between Pochettino and Daniel Levy with the Tottenham chairman ‘trying to convince the coach to return to Spurs’.

And now the Daily Mail say that Tottenham are ‘looking at alternatives’ to Pochettino if Conte attempts to exit this summer ‘with Graham Potter and Roberto Mancini among the names set to be considered’.

It is understood that Pochettino is ‘largely viewed as the ideal candidate to replace the Italian’ but ‘there is some opposition from within the Tottenham hierarchy’ to his potential return.

That ‘resistance has led the club to explore other avenues’ with Potter and Mancini emerging as possible options.

Brighton manager Potter was linked with a move to Spurs in the summer when Nuno was appointed and just before Conte’s arrival in north London.

The Daily Mail adds that Tottenham have ‘long admired the work Potter has accomplished at Brighton and will be on the club’s radar if they find themselves trying to replace Conte this summer’.

Mancini, who is currently manager of the Italian national team, is also ‘an option’ with Spurs’ managing director of football Fabio Paratici ‘an admirer’ of the former Manchester City boss.

The Daily Mail adds: ‘It’s important to stress that Tottenham’s due diligence towards the appointment of Conte’s successor remains a matter of contingency preparation, with sources indicating succession planning at football clubs is completely normal.

‘Indeed, Tottenham’s plan A is for Conte to stay in charge heading into next season – and there is a feeling behind the scenes that he will not walk away.’