Home F365 Says Tottenham and Liverpool: A rivalry born on the internet 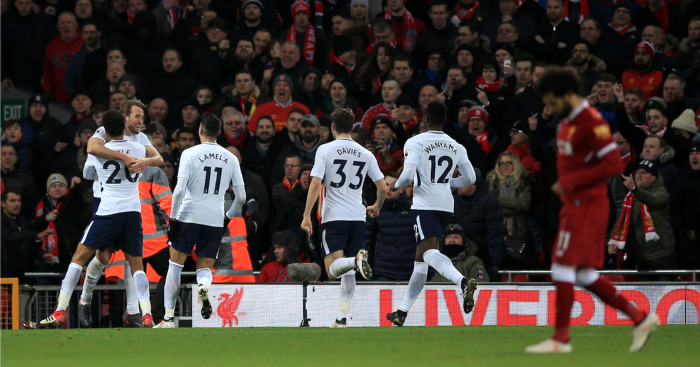 This article was published on June 15 last year, when everyone definitely expected Tottenham and Liverpool to contest a sodding Champions League final.

At the risk of sounding a million years old, I can just about remember a time when football rivalries were conducted face to face. A time when “bragging rights” meant counting down the minutes to unleashing a torrent of mockery on little Jimmy in the playground or Josh from accounts. Or, more often, absolutely dreading Monday’s return to school or work to face the verbal lashing that was assuredly heading your way after another painful defeat.

Traditionally, a significant rivalry was based on geographical proximity or, less often, historical – and often delightfully petty – beef. It made sense. While you would find, say, Liverpool or Manchester United fans everywhere, you’d generally find more fans of local clubs and thence the rivalries arose.

That’s all changed. The Premier League is a global phenomenon and you youngsters these days do all your banter on the WhatsApp or the facebook.com or popular microblogging social media site ‘Twitter’ with fans from all round the world. That has changed the nature of rivalry and created new ones. Over the last few years, one such new rivalry has been bubbling away and exploded fully into life this season.

The Tottenham-Liverpool rivalry would baffle anyone who wisely wants no part of the Twitter cesspit. But it’s there, and next season will provide a significant early outing for it with Liverpool the first Premier League visitors to Tottenham’s shiny new stadium.

It’s hard to pinpoint exactly when the nascent rivalry began. The first rumblings perhaps came when Spurs bought long-term Liverpool target Clint Dempsey, with dark talk of Tottenham needing to do their own bloody scouting and not just copy the Reds. There’s a clue there that helps to explain how and why this rivalry developed. Both clubs have significant history – Liverpool obviously more so – which has imbued their fanbase with a certain sense of entitlement which can seem bizarre to outsiders.

More importantly, right now both clubs currently occupy the same place in English football. Neither club are paupers, but they are fighting against teams with deeper pockets and greater resources. Spurs and Liverpool are competing in the same transfer marketplace and competing for the same spots in the league. Liverpool have the greater history, but Tottenham have recently been slightly the better side.

They both have young, dynamic managers and young, dynamic squads. Unusually, they are two managers with pretty much universal, often fanatical and occasionally slightly excessive support, providing another point of conflict between the fans as they debate the various merits of Jurgen Klopp’s heavy metal football and Mauricio Pochettino’s relentless high press.

A nascent rivalry exploded into life in the second half of last season. Despite the two teams spending most of the season separated by no more than a handful of points and a couple of positions, Tottenham eventually pipping Liverpool to third by two, that was not the trigger for full-blown beef.

No, it was an individual battle that did that. The rivalry went from low-key Tottenham vs Liverpool rumbles to outright Kane vs Salah war in a Golden Boot battle that was, in truth, far more one-sided than their tussle for league positions. That it was individual players rather than the teams that caused the volcano to erupt probably also says something about football fandom today.

The 2-2 draw at Anfield really set things in motion. The game had a dramatic finish, as Spurs scored a late equaliser and still had time to miss a late chance to win the game, appear to lose it and then score another penalty to pinch a point. Salah scored both Liverpool’s goals; Kane scored the last-gasp penalty.

Kane then got injured, effectively handing the Golden Boot to Salah. When he came back, things escalated. Claiming that goal at Stoke City was a little weird, but so was the scale of online Liverpool fans’ reaction. The jokes continue to this day, and every time you can be sure that Spurs fans will respond with something about Salah.

When Liverpool lost the Champions League final, Spurs fans were among the most vocally ecstatic/relieved on the internet. I’d wager that most of those revelling in Liverpool’s defeat to Madrid were cheering them on against Milan 13 years ago, or at least un-arsed either way.

When Mauricio Pochettino was linked with the Real Madrid job, a high-profile Liverpool account hoped that he would go, not because he posed any threat to Liverpool (although Spurs have finished above Liverpool in eight of the last nine seasons and every time under Pochettino) but because ‘the meltdown of Spurs fans would be an incredible thing to see’. This was days after the Champions League final.

Let’s be honest, we’d all love Pochettino to join Madrid. That’s not because he’s any sort of threat to us but the meltdown of Spurs fans would be an incredible thing to see.

Search “spurs fans meltdown” on Twitter and you’ll find dozens of tweets like this, and it’s predominantly Liverpool fans doing so. N0t Arsenal fans, or Chelsea fans, or West Ham fans. It’s all very strange and childish, but then so are most things about football when you take a step back and look at things even halfway sensibly.

But it’s still a fascinating rivalry, one that simply couldn’t exist at any other time in football’s history. It’s a thoroughly modern 21st century rivalry, fuelled by memes and banter and retweets and screengrabs. And now, with three months to prepare for the opening game at “The Tottenham Hotspur Stadium”, the beef goes on.