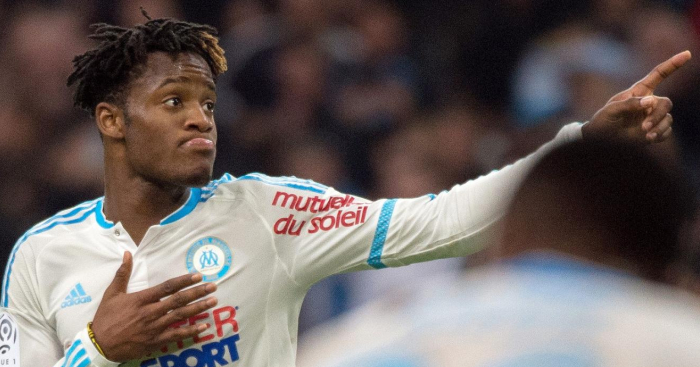 Belgium striker Michy Batshuayi hasn’t yet ruled out staying at Marseille but says the European Championship is a perfect “shop window” for him.

The 22-year-old is highly sought-after following an impressive season in which he amassed a combined 33 goals and assists in all competitions despite OM finishing 13th in Ligue 1.

Tottenham and West Ham appear to be the most keen of the Premier League clubs to snap him up this summer, with both reportedly lining up bids.

However, with the European Championships just around the corner, the striker’s mind is firmly on doing well for his country.

“I don’t think about that, I prefer to concentrate 100 per cent on the Euros, then we will see what happens,” Batshuayi told Sky Sports News HQ.

“Everybody likes the Premier League. It has a lot of spectacle, a lot of goals and many good players. It is natural that every good player is attracted by that league.”

In a separate interview with Belgian TV station RTBV, the former Standard Liege man admitted the Euros in France are a chance to show clubs his skills but added he may not leave Marseille just yet.

“I’m not thinking about a transfer – the European Championship is a lot more important,” he said. “It’s possible that I might stay at Marseille…I don’t know. We’ll see.

“Every player dreams of a big league. So the Euros could also be a shop window.”