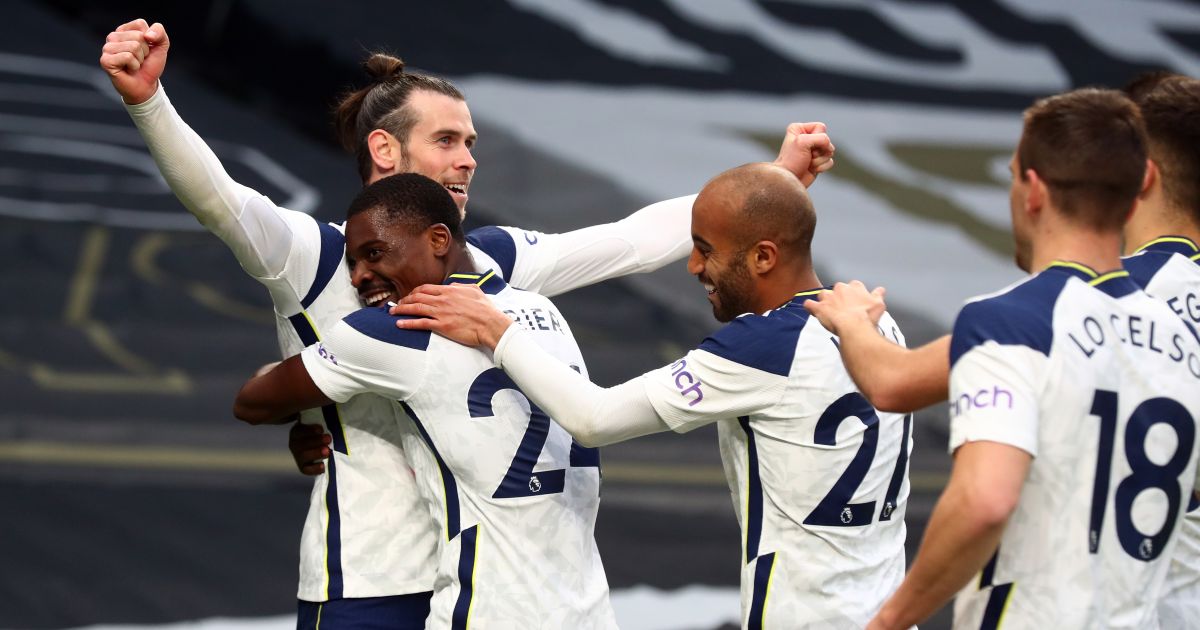 Serge Aurier has an agreement at Tottenham that he can leave if the club receive a bid of around €10m, according to reports.

The Ivory Coast international joined Spurs in 2017 from Paris Saint-Germain for £23m and has racked up over 100 appearances in all competitions in his four seasons at the club.

Aurier has had his fair share of criticism, especially this season, but he produced a wonderful display against Sheffield United at the weekend, providing two assists in a 4-0 victory.

There were rumours during Jose Mourinho’s time in charge of Tottenham that Aurier could go with a report at the beginning of last month claiming Spurs could sell and five other team-mates this summer.

The story came only two month after a report claimed Aurier was involved in a bust-up with Mourinho at half-time against Liverpool in late January.

And now RMC Sport (via Sport Witness) claims that Aurier has ‘has an exit pass’ at Tottenham with the 28-year-old allowed to leave if Daniel Levy receives a ‘cheque of around €10m’.

Paris Saint-Germain are understood to be the main side interested and RMC Sport describe the ‘prospect of returning to Paris’ as ‘a game-changer’ for Aurier as he is a fan of the French giants.

Meanwhile, Gareth Bale scored a hat-trick in their victory over Sheffield United at the weekend and the Welshman picked out Aurier for special praise.

“It’s always nice to get another hat-trick and another match ball,” Bale told Sky Sports.

“I remember my last hat-trick – Villa away I think. It was a while ago and it’s nice to get a hat-trick, but more importantly it’s three points for the team and we move on to the next one.

“It was a great performance by everyone especially Serge [Aurier]. I said if it was three assists he could have the match ball.

“Winning always makes everyone happy and gives a winning mentality to the dressing room. It’s not going to happen overnight but I feel like we’re taking a step in the right direction.

“Obviously you have to take your chances when they come, and thankfully I had a few tonight. I’m feeling good. As I’ve said before I just needed to play games and get a run of games and I’m doing that now, so I’m happy and when I’m happy I normally play well.

“It was a great performance by the team. From the first whistle I felt we were on the front foot and got control of it and played some good football. I feel like we are taking a step in the right direction and playing more like the Tottenham way.”