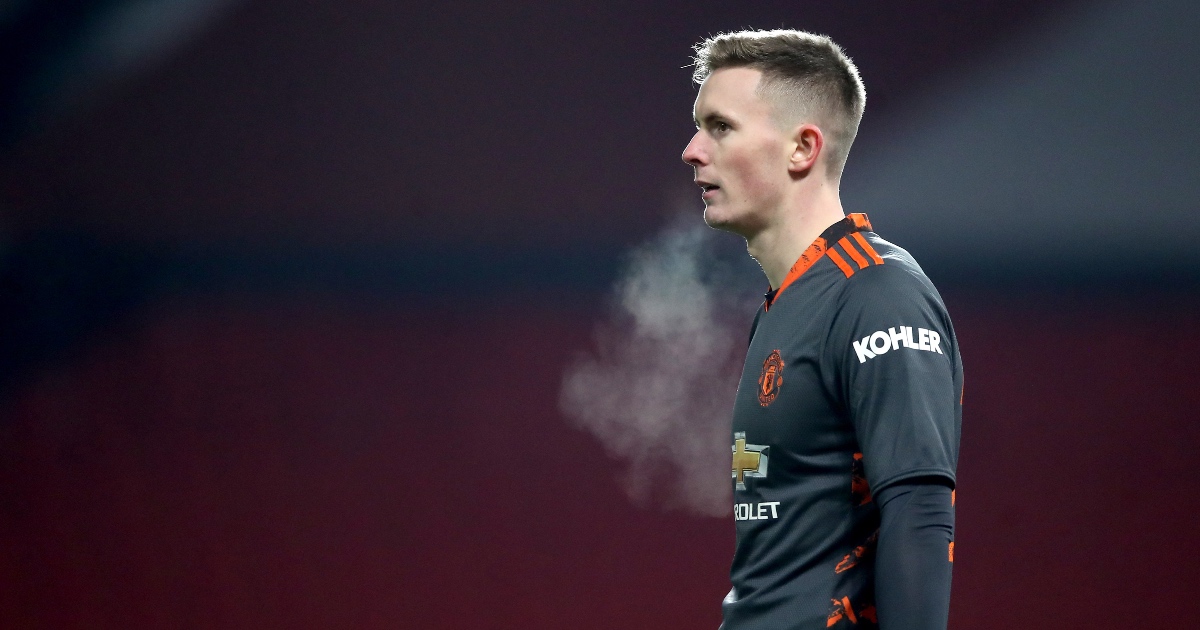 Tottenham and Borussia Dortmund are leading the race for Manchester United keeper Dean Henderson, according to reports.

The English shot-stopper could be on his way out of Old Trafford due to a lack of game time.

He is thought to be growing frustrated as David De Gea remains firmly the number one choice for Ole Gunnar Solskjaer.

FEATURE: An international XI yet to play a Premier League minute…

According to Sky Sports, Tottenham and Dortmund are the current favourites to sign Henderson.

They’re monitoring his situation with United ahead of a potential move.

Tottenham are especially keen to sign the 23-year-old. They see him as a potential successor to Hugo Lloris in North London.

Lloris is entering the final year of his contract with Spurs, forcing Jose Mourinho and Daniel Levy to look at alternatives.

Lloris’ poor form means the club might prioritise a younger option and let him leave for free next year.

Dortmund will rival Spurs for Henderson’s signature, however.

The German side think he can compete with Marwin Hitz for a place in the first team.

Dortmund have enjoyed success with British players in recent years, which could encourage them to invest in Henderson.

Jadon Sancho has bagged an impressive 44 goals and 59 assists since joining from Man City.

Jude Bellingham moved from Birmingham in July and has already made 18 league appearances.

One sticking point for the two sides is Henderson’s contract.

He signed a new five-year deal with United in August that earns him a reported £120,000 a week.

That means it would take a big offer from either Spurs or Dortmund to prize him away from Old Trafford.

Solskjaer recently revealed that Henderson is desperate to get more game time.

He said: “I’ve been impressed with his attitude and workrate. Of course he’s … not the most patient guy.

“He wants to play every game because he knows that he’ll perform well, so long may it continue because he’s improved since he’s come here.”