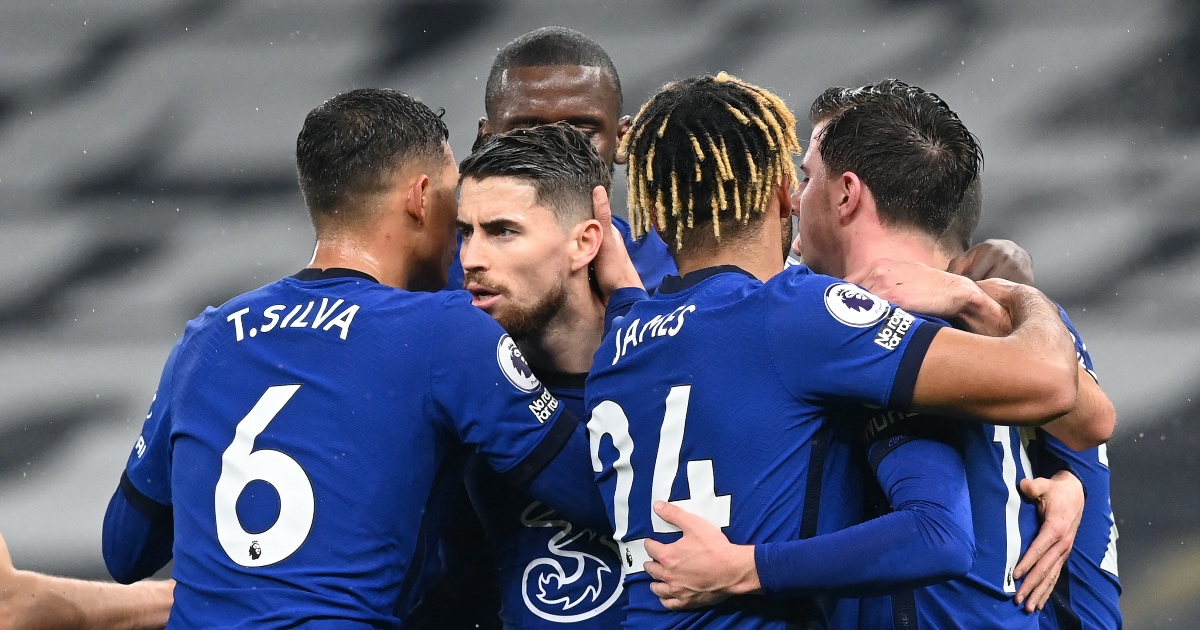 Thomas Tuchel continued his impressive start to life as Chelsea manager with a 1-0 win at Tottenham, whose season continues to falter.

Jorginho’s first-half penalty was enough to settle the London derby and inflict a third successive Premier League defeat on Spurs for the first time since April 2012.

Tuchel followed up a 2-0 win over Burnley with this victory which reinvigorates their top-four hopes and further diminishes Spurs’.

It seems a long time ago that Jose Mourinho’s side travelled to Anfield on top of the league in mid-December, but five defeats from the following nine games has left their league campaign in disarray.

Champions League qualification is looking like a pipedream even in this most unpredictable of seasons.

They were without Harry Kane and his absence was felt as they lacked a clear goal threat. The Portuguese manager now has a job on his hands to reignite the club’s season.

The opening few seconds of the game gave a hint as to how it might pan out as Chelsea almost scored.

With less than ten seconds on the clock a long ball was met by Timo Werner, but the German’s instinctive header drifted just wide.

Tuchel’s men enjoyed complete control of the game and eventually went in front in the 24th minute.

A searching ball down the left channel appeared to be dealt with by Eric Dier, but the England defender tried to clear the ball in the penalty area while on the ground and wiped out Werner.

Jorginho made no mistake from the spot, converting to give Chelsea a deserved lead.

This was another dismal showing from Spurs, who barely spent any time in the opposition half and gave Chelsea’s defence an easy 45 minutes.

Their only moment of hope came in the 42nd minute as Serge Aurier headed a good opportunity wide from a free-kick.

Mourinho’s side showed a bit of bluster early in the second half but it proved a false dawn as Chelsea racked up the chances to put the game to bed.

Dier almost doubled down on his earlier calamity when he over-hit a backpass which needed Hugo Lloris to head away.

Still Chelsea came as Mateo Kovacic drove through a gaping hole in the centre of Tottenham’s defence before being tackled. Lloris had to make a fine low save to stop Mason Mount finding the bottom corner.

Spurs were lifeless and it took 33 minutes of the second period to have their first shot of the second half as Erik Lamela’s low effort was turned around the post by Edouard Mendy.

They did not put any pressure on until the final ten minutes and their golden chance came in the 87th.

Aurier, Spurs’ best player, whipped in an inviting cross that was begging to be converted, but Carlos Vinicius nodded wide when he should have buried it.

That was their best, and last, moment of hope as Chelsea kept a third successive clean sheet under Tuchel.