Home F365 Features Do Tottenham stand even the smallest chance against Chelsea? 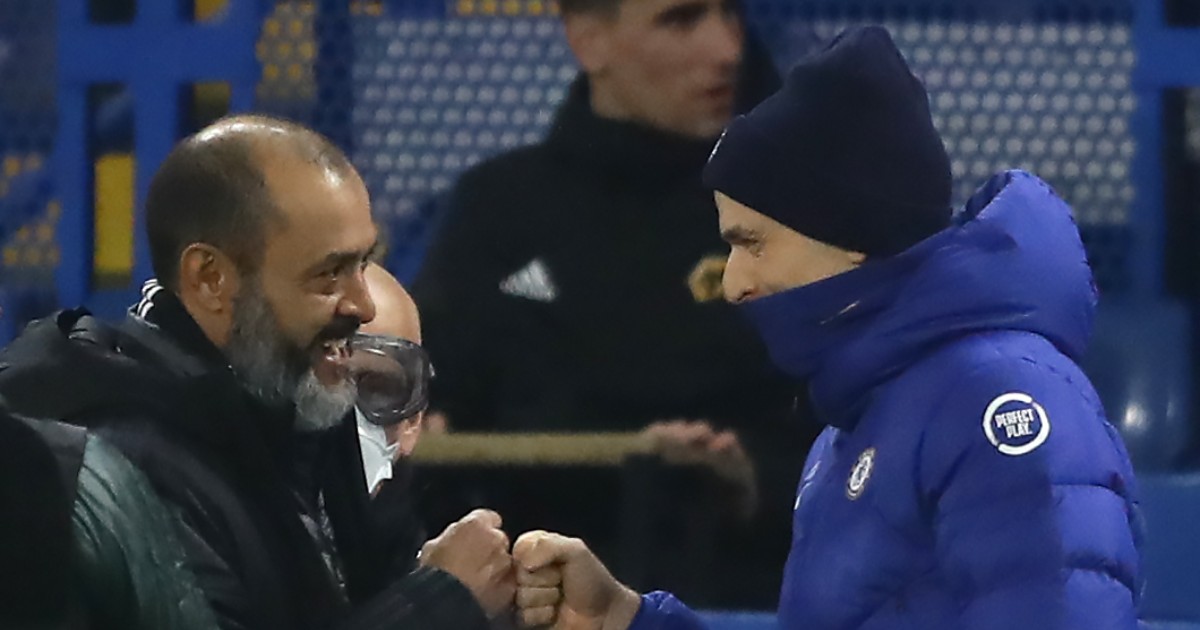 Tottenham would struggle against this Chelsea side in normal circumstances but a selection crisis means Nuno Espirito Santo is up against it.

Tottenham Hotspur have come crashing back down to earth. When Daniel Levy promised to appoint a manager who would play “entertaining, attacking football” he knew that what supporters wanted to avoid wasn’t dryly winning games 1-0 – nobody minds dull football when it works – but rather the kind of directionless performances seen towards the end of the Jose Mourinho era.

That’s why Nuno Espirito Santo was a risk. Not because he won’t be a success, or because reactive and counter-attacking football is inherently less entertaining than a possession game – it isn’t – but because it is more prone to weird, ambling, existentially exhausting games like the 3-0 defeat to Crystal Palace last weekend. To the terror of Spurs fans, Nuno expecting the players to improvise their own possession, to discover the passing angles rather than coaching them in detail, may trigger flashbacks and a chill down the spine.

But even after another disappointing performance on Thursday night, a 2-2 draw with Rennes in the Europa Conference League, Tottenham fans can remain optimistic about their long-term future under Nuno. It will take time for their interplay to become coherent, and a strong defensive foundation across their first three games of the Premier League campaign bodes well for the future.

Not in the short-term, though. Defensive injuries, Harry Kane’s poor form and some notable tactical deficiencies that Chelsea will know how to exploit make Tottenham clear second favourites for Sunday’s headline game.

For those Tottenham fans optimistically hoping for a repeat of the opening day win over Manchester City, some bad news: Nuno’s ultra-narrow 4-3-3, in which the forwards stay high to a) block passes into central midfield, and b) counter quickly together behind a high line, doesn’t really fit here. Chelsea’s approach to big games under Thomas Tuchel is quite different to Pep Guardiola’s.

Chelsea don’t press as high as Manchester City and they are far more compact through midfield, tending to play relatively conservatively by modern standards. Tuchel’s players will drop after an initial wave of pressing and therefore Spurs will need to more carefully build through midfield. Opportunities to burst forward in the dribble will be limited, especially with Heung-min Son absent and Kane looking particularly sluggish.

Spurs don’t like holding possession. They are 20th in the Premier League for ‘progressive passes’ (48.39 per match) – a WyScout metric that measures “a forward pass that attempts to advance a team significantly closer to the opponent’s goal”. They also rank 19th for ‘progressive runs’ and 19th for width passes (40-yard balls to the flanks), averaging just 43.1% possession.

In other words, they are pretty clueless at progressing the ball through the lines and doing anything meaningful with possession. Dele Alli isn’t yet used to his new midfield role, while Pierre-Emile Hojbjerg and Harry Winks don’t have the forward thinking, or the ability under pressure, to play vertically. That was most obvious against Crystal Palace who – worryingly for Spurs – snapped into challenges in central midfield to successfully disrupt the play, just as Chelsea will do in a semi-cautious system.

Spurs will struggle to create chances, then, and while the two systems – both guarded, in different ways – may leave central midfield too compressed to be a key tactical battle zone, Tuchel’s side have a clear advantage on the flanks. Nuno’s desire to play in this very narrow 4-3-3, with the forwards tucked right in, will make sense on paper considering Chelsea’s four-man, square-shaped midfield. That area needs protecting, or else the inside forwards will run the game.

But as we have seen in all of Tottenham’s games so far, that leaves their full-backs with far too much to do. The wide midfielders are expected to cover out wide but that is often a challenge; Wolves consistently found space on either wing, while all three of Palace’s goals were built down the flanks.

Chelsea’s overlapping wing-backs can dominate, then. Recall how Reece James was consistently the free man in the 2-0 win over Arsenal, in which he grabbed a goal and an assist playing a rugby-style role as Chelsea created an overload down the right. On Sunday, this is more likely to occur on the other side, where Emerson Royal – who struggled badly on his debut against Wilfried Zaha – could be overwhelmed by Kai Havertz and in-form Marcus Alonso.

For all that tactical analysis, there is a much simpler take on this game that puts Chelsea in the driving seat. An emerging injury crisis, quarantine regulations and Japhet Tanganga’s suspension means Tottenham will have problems at the back up against a razor-sharp Romelu Lukaku. Joe Rodon and Davinson Sanchez, who only comes out of quarantine on Friday, are likely to struggle.

However, Nuno does have one potential trick up his sleeve. Chelsea’s formation tends to be least effective against those who mirror it and Nuno certainly knows how to deploy a 3-5-2. This would require throwing Cristian Romero in for his full Premier League debut or playing Ben Davies on the left side – a pretty big risk, but it could prevent Spurs from being overrun by Lukaku and provide the wing-backs with cover against James and Alonso.

A 3-5-2 may give Tottenham the defensive foundation to be competitive. But it would also diminish their counter-attacking threat further, potentially leaving them penned in for long periods. It is hard to see Spurs emerging with anything from this game.