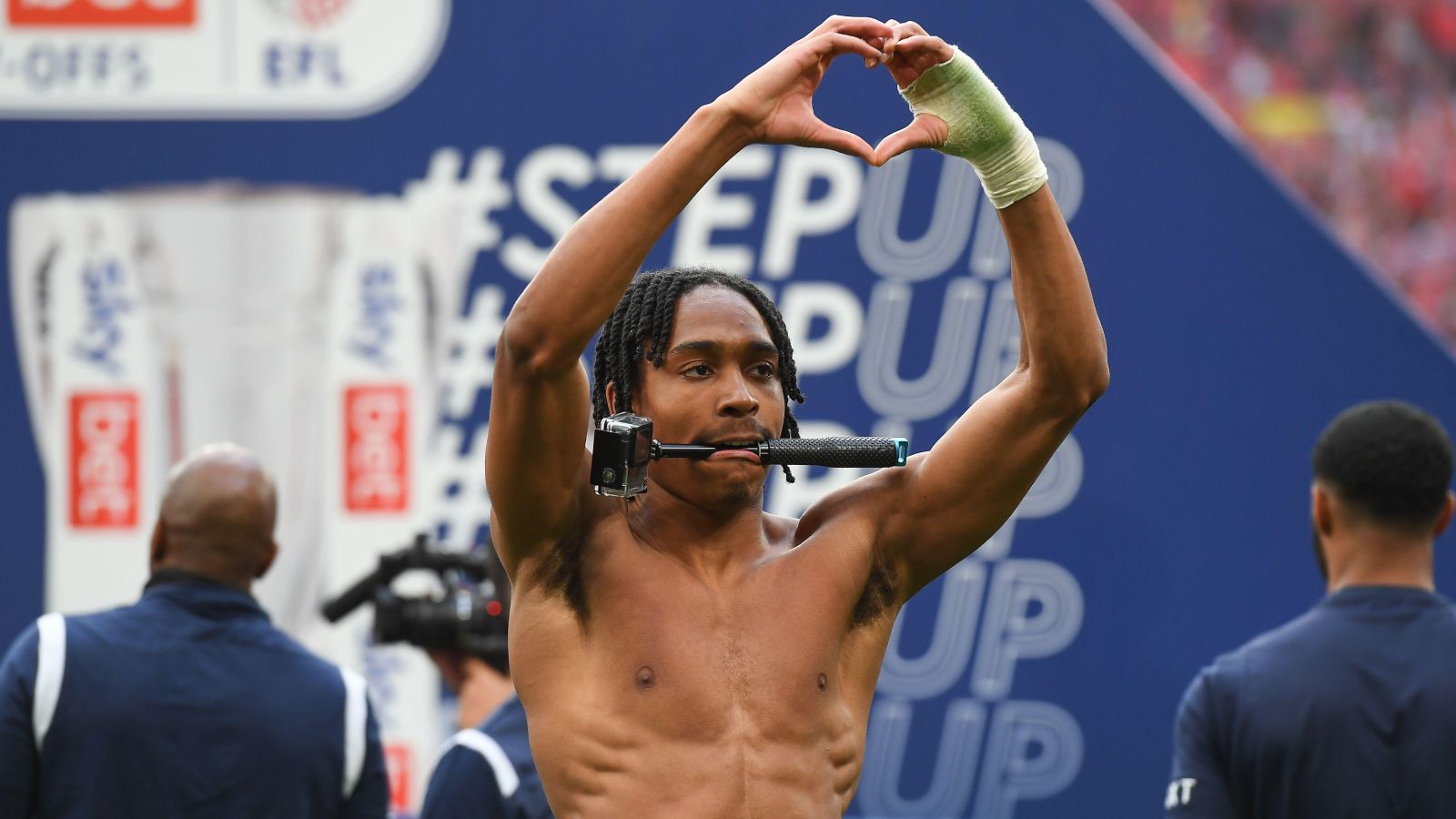 Tottenham are closing in on the signing of Middlesbrough defender Djed Spence as Daniel Levy signs off Steven Bergwijn’s transfer to Ajax, according to reports.

The England under-21 international was in outstanding form on loan at Nottingham Forest last season with the wing-back helping Steve Cooper’s side win promotion to the Premier League via the Championship play-offs.

Spence contributed two goals and four assists in 42 appearances for Forest in the English second tier and has now attracted interest from Tottenham.

His reputation has risen at an incredible rate this season with former Middlesbrough manager Neil Warnock happy to see him leave the Riverside on a temporary deal last summer.

Speaking in January on why he allowed Spence to join a Championship rival, Warnock told talkSPORT: “I let him go. He needed to sort himself out, really. I basically said to him that you can go to the top or you can go non-league.

“I think Steve Cooper is the manager for him, to be honest. He has let him go forward more often, which suits his game.”

And his form for Forest means Middlesbrough are set to benefit financially with the Daily Telegraph claiming that Tottenham ‘are close to finally completing the protracted’ capture of Spence.

Spurs ‘expect to seal the signing before this weekend’ after weeks of negotiations and ‘is set to undergo a medical in time to join Tottenham on their pre-season tour of South Korea, with the squad flying out on Saturday’.

The Telegraph adds: ‘Middlesbrough have previously turned down offers of £10m and £11m but are settling on a £15m fee upfront which could reach £20m after instalments.’

With Antonio Conte about to get another ‘priority target’ over the line in Spence, chairman Daniel Levy has now sanctioned the sale of Tottenham winger Bergwijn to Ajax.

Respected transfer expert Fabrizio Romano insists that a ‘deal [is] almost done’ with Tottenham and Ajax ‘closing on final details’ of the transfer.

Bergwijn deal will be completed this week, personal terms were agreed since long time. pic.twitter.com/ULBdTi7E3u

Romano adds that ‘Spurs always wanted €30m… and they will receive €30m fee’ while a ‘deal will be completed this week’.