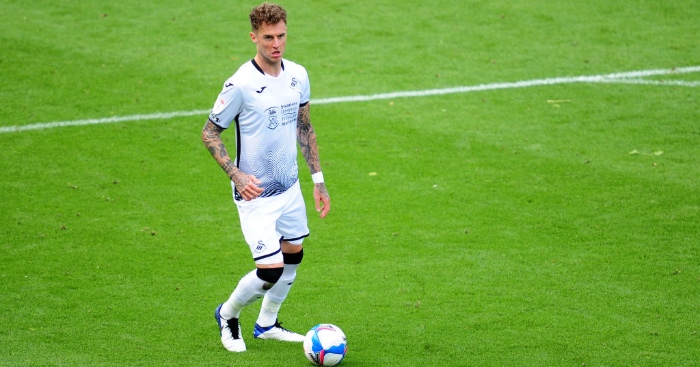 Tottenham have completed the signing of Joe Rodon from Swansea for a £15 million fee, according to reports.

Rodon has been linked with the North London club in recent weeks, alongside Sheff Utd and Leicester.

The 22-year-old is a Wales international who became one of the most valuable defenders in the Championship after an impressive season last year.

According to Sky Sports, the deal is worth an initial £11 million and will rise to £15 million with add-ons.

It means Spurs have beaten top six rivals Man Utd to the signing of Rodon. The Red Devils were reportedly interested in a deal back in May and were even close to completing a £20 million transfer.

Rodon will provide Spurs boss Jose Mourinho with an extra option at the heart of his defence. He will compete with the likes of Davinson Sanchez, Eric Dier and Toby Alderweireld for a place in the Spurs first team.

The player could be seen as a long term replacement for Jan Vertonghen. The Belgian defender left North London in August this year after spending eight years with the club.

Rodon has signed a five year contract at Spurs and is set to wear the number 14 shirt in the forthcoming games.

Now that Mourinho has strengthened his defensive options, the club have let Cameron Carter-Vickers leave on loan. He’s joined Championship side Bournemouth for the remainder of the campaign.

It remains to be seen whether Rodon will be signed on in time for Spurs’ Premier League fixture this weekend. They face West Ham tomorrow at home.

A win against David Moyes’ side could see them move into the top four and continue their unbeaten streak.

Rodon is the club’s seventh signing of the transfer window. They’ve already brought in Pierre-Emile Hojbjerg from Southampton as well as Gareth Bale from Real Madrid.

They finally added to their attacking options by signing Carlos Vinicius from Benfica.