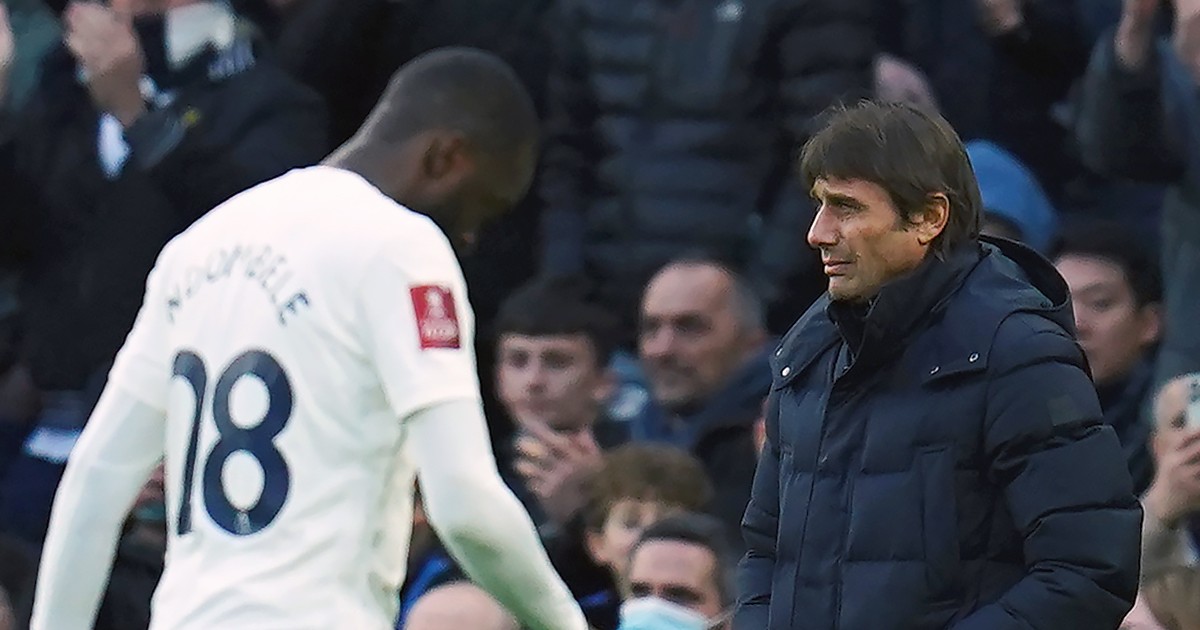 Antonio Conte has explained that he was following a directive from Tottenham in dropping Tanguy Ndombele against Chelsea.

Tottenham were beaten in the second leg of their Carabao Cup semi-final against Chelsea on Wednesday, knocking the north London club out of the competition with a 3-0 aggregate defeat.

Agents of their own downfall once again, Spurs could not bridge the gap to the European champions and suffered another dent to their hopes of finally ending their trophy drought.

Tanguy Ndombele was dropped from the squad after Tottenham fans booed him for slowly strolling from the pitch when he was substituted in the FA Cup victory over Morecambe.

Conte challenged the midfielder to rise to the challenge of winning the supporters over but the Frenchman was nowhere to be seen against Chelsea.

“It was a technical decision, but I don’t take the decision if I don’t consult the club. There is the club line and I have to follow the club line,” he told Sky Sports.

Never want to see him make the matchday squad again.

Conte came under fire for his selections, namely picking Pierluigi Gollini to start ahead of captain Hugo Lloris. The Italian was culpable for Chelsea’s goal after missing a punch from Mason Mount’s corner, leading to Antonio Rudiger’s headed effort.

“I made this decision and I think that Gollini played a good game,” Conte said. “In the first game we lost 2-0, today we lost only 1-0. I think that we have to try to think about situations that are much more important than this. Believe me.

“Before my arrival at Tottenham, Pierluigi has always played in Carabao and the Conference League. I think when you’re in a team like Tottenham, it’s important also to give chances to the keeper because the keeper, Pierluigi, showed to be reliable.

“Then we have to play three games in seven days against Arsenal, Leicester and Chelsea again. I think that he deserved to have this chance and to play an important game.”

Sky Sports pundit Jamie Redknapp implored Tottenham to back Conte in the January transfer window on the back of the defeat.

“They are sixth in the Premier League, two points behind Arsenal with two games in hand. This is why Tottenham are in a bit of a predicament,” he said.

“Conte signs elite, ready-made players. He brought Rudiger, Kante, David Luiz. At Inter he brought in Lukaku, all experienced players. If you’re going to give Conte free rein, that’s what he will want.

“Ndombele has not been a success, Sanchez has done OK, the rest have been hit and miss. You can’t buy players hoping they’re going to be stars in two or three years.

“I’m excited to see what Levy does now, because with this system you’ve got to get the right players.”