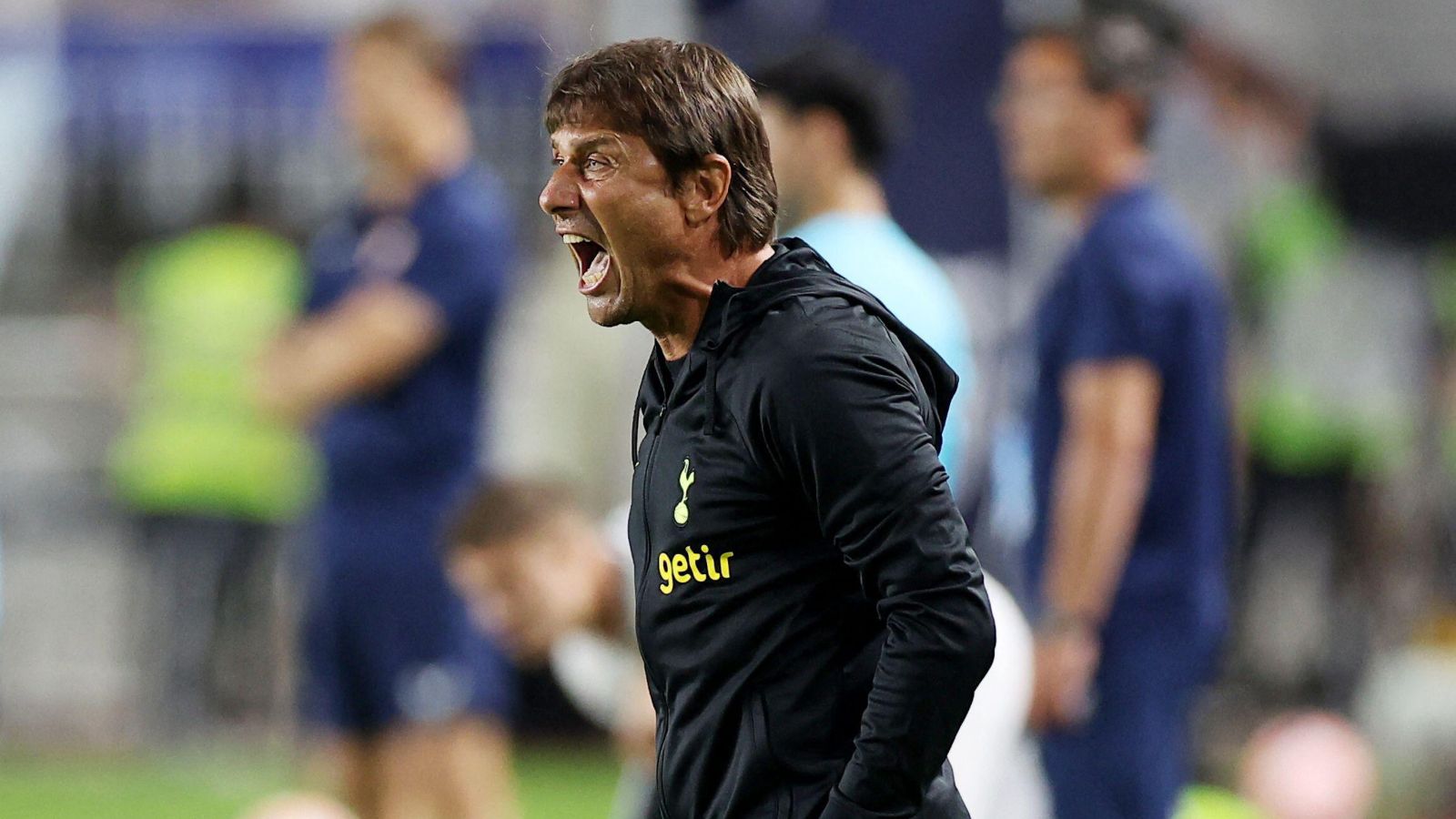 Tottenham boss Antonio Conte has revealed that it was the club that “wanted” the signing of Djed Spence but admits he has good potential.

Spurs completed a deal for the England under-21 international on Tuesday with the right-back signing from Middlesbough in a transfer initially worth £12.5m, potentially rising to £20m with add-ons.

Tottenham for the title, Leicester will go down: how the first and last teams to make a signing fare

However, Conte has claimed that despite saying “okay” to the deal, the Spence transfer was more of a club decision.

“Spence is an investment of the club,” Conte said. “The club wanted to do it. I said okay, this player is young but he showed he can become a good, important player for us. The club decided to buy him.”

On Tottenham backing him in the transfer market, Conte added: “The club was very clear with me and said we reached an important achievement and … now we want to continue to grow. To grow together with ambition.

Antonio Conte after signing his SIXTH player this summer 😃 pic.twitter.com/P6thqqk9gv

Conte is hoping to create a team that the rest of the Premier League worry about, he continued: “My target is to try to be competitive. My target is that when the other teams are going to play against Tottenham, they will be, not scared, but a bit worried.

“This is our target. Then I have a group of players that need to have ambition together and to go another step.

“When I arrived in November, I said that if we wanted to try to go up in the table, we would have to go together, to improve the team together, but at the same time, the players have to go to another level. To grow, grow, grow.

“I think we have a young team. We have many players that can play for Tottenham for three or four years together.

“I think we are trying to create a solid foundation, then to go step by step to improve and then in the end to fight for something important.”