Home All The News Tottenham contract talks for Kane, Son ‘on hold’ 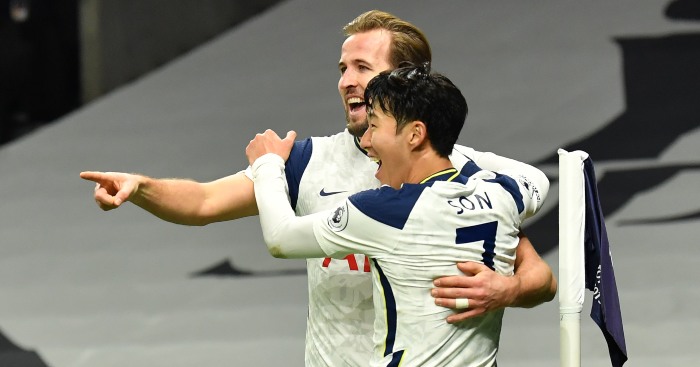 Tottenham Hotspur have put contract talks for Harry Kane and Heung-Min Son “on hold” for now given the uncertainty surrounding the COVID-19 pandemic.

Kane and Son have both been in fantastic form for Spurs this season. The duo have grown to become one of the most feared striking partnerships in the Premier League.

They have combined to score 32 goals between them so far this term. The attackers also have 22 assists so far in all competitions, which comes from 24 outings from each player.

Prick of the Week No. 16: Football’s assorted Covid rulebreakers

The duo have starred as Tottenham have made a strong start to the new season under Jose Mourinho. They currently sit fourth in the Premier League after 16 games. They have won eight of those, and they are just four points behind Liverpool with a game in hand.

Mourinho’s men have also reached the semi-finals of the Carabao Cup. Spurs host Brentford on Tuesday night at The Tottenham Hotspur Stadium. The winners of this tie will face either Man United or Man City in the final.

Despite their strong start to the season, The Evening Standard have reported that the club are in no rush to offer Son or Kane new deals.

Kane has recently been linked with a move to Man City. But the effects of COVID-19 means that contract extensions are unlikely for both men at this current time.

It is also stated that a new contract for Hugo Lloris is a priority. The goalkeeper only has 18 months left, while Erik Lamela and Serge Aurier also have a year-and-a-half remaining on their deals.