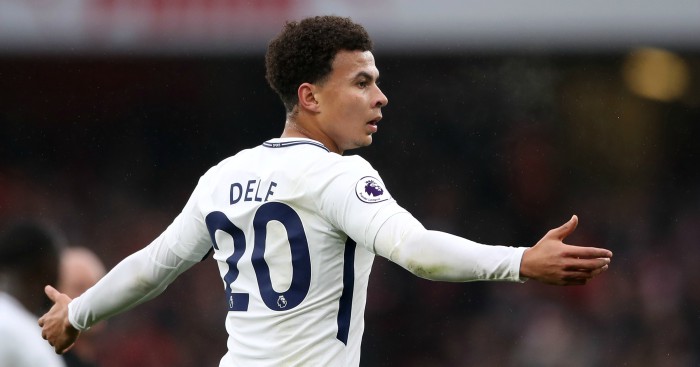 Tottenham could look to sell the “replaceable” Dele Alli in the summer, according to Jermaine Jenas.

Alli has established himself as one of Tottenham’s most valuable assets, having scored 41 goals in 128 games for the club since joining in January 2015.

The attacking midfielder is one of a number of young players that Europe’s elite clubs are circling, including Harry Kane and Christian Eriksen.

Eric Dier has also been touted for a move elsewhere, while Toby Alderweireld is a wanted man.

But former Tottenham midfielder Jenas feels that, of all the club’s current players, Alli “is the kind of player” they “could replace”.

“If I was going to guess, I would say Dele Alli might go,” he told GQ.

“I don’t think that is something that Spurs fans will want to hear, because he is a very popular player.

“But if the new stadium does exert some financial pressures on the club, Dele is the kind of player that Spurs could replace.

“Dele is without doubt a brilliant player and I am sure he will go on and play for another top team, but in the area he plays in he is replaceable.”