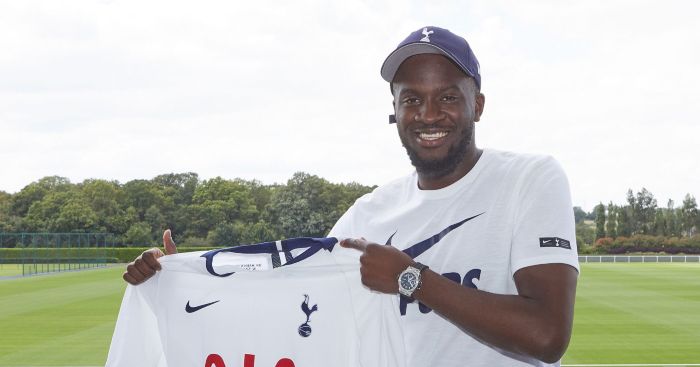 Tottenham have signed Tanguy Ndombele from Lyon, the Premier League side have announced.

Ndombele, 22, has joined Spurs in a club-record deal on the same day as fellow new signing Jack Clarke.

Lyon thanked the midfielder for his “professionalism and performances”, revealing that the initial fee is 60m euros (£53.7m), with additional ‘incentives’ up to a ‘maximum’ of 10m euros (£8.9m).

Spurs said in a statement on Twitter: “We are delighted to announce the signing of Tanguy Ndombele from Olympique Lyonnais. The France international central midfielder has signed a contract with the club until 2025.”

Ndombele started his professional career at Amiens in Ligue 2, before initially joining Lyon on loan during August 2017, the move becoming permanent the following summer.

The midfielder made 96 appearances in total for the Ligue 1 side.

Ndombele was handed his senior international debut for France during October 2018, and has so far been capped six times.

Spurs finally have a signing to match their big-club status.