Home All The News Tottenham: Derby against Arsenal to be staged at Wembley 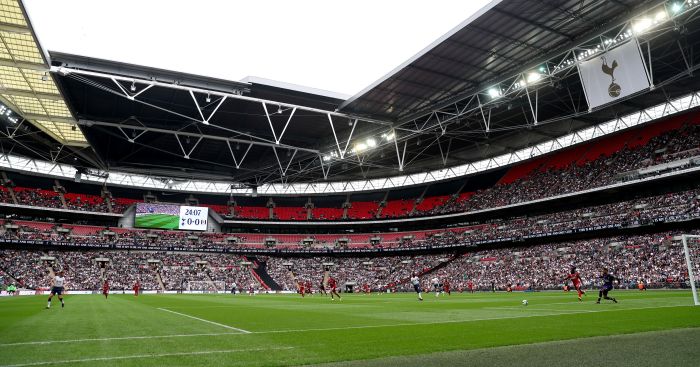 Tottenham will play their Premier League match against rivals Arsenal at Wembley on March 2 as the wait to move into the club’s new stadium goes on.

Last month, Spurs confirmed three more Premier League fixtures as well as the Champions League last-16 home leg against Borussia Dortmund would all take place at the national stadium as the finishing touches are put on their 62,000-seater home.

In a statement on the club’s official website, chairman Daniel Levy said the “next few weeks are pivotal” as Spurs look to finally complete the protracted move following the redevelopment around White Hart Lane.

The statement published on www.tottenhamhotspur.com read: “We can today report that remedial works on the safety systems in the new stadium are near completion and we shall then move forward to the final stages of testing the fire detection and alarm system and its integration with the other safety systems.

“The success of this testing is critical to our ability to obtain a safety certificate and open the stadium.

“We can confirm, therefore, that we shall play our Premier League match against Arsenal on Saturday 2 March at 12.30pm at Wembley Stadium.

“We shall provide a further update in due course.”

Following January’s announcement that the matches against Watford, Newcastle and Leicester would all be held at Wembley, along with the home leg of their upcoming European tie on February 13, Spurs chairman Levy had apologised to fans for the continued delays.

In a statement on Thursday, Levy said: “Once again, thank you all for bearing with us and for the great support we have received from so many different quarters. These next few weeks are pivotal.”