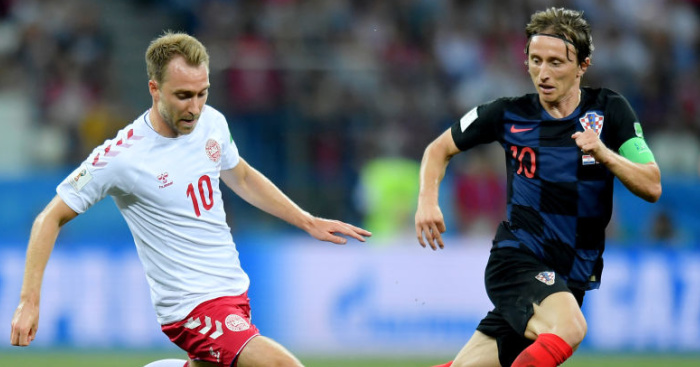 Tottenham are “still thinking” about the option of bringing a former favourite back to the club after details of their failed summer approach came to light.

Jose Mourinho’s side underwent a mini overhaul in the recent window, with several problem positions finally being addressed.

Matt Doherty and Sergio Reguillon arrived to bring a consistent level of performance to the full-back positions, but the most eye-catching acquisition came in the form of Gareth Bale’s return to the club via the loan route.

Bale developed into a world class performer during his first spell with Spurs before completing a blockbuster switch to Real Madrid in 2013.

However, according to respected journalist Fabrizio Romano, the Welshman’s return might not be the only familiar face calling North London home once more.

Speaking on the Here We Go podcast (via The Daily Express), Romano revealed Tottenham explored the possibility of bringing Chrsitian Eriksen back to the Premier League.

“This one I know, Tottenham fans will get crazy but there was a chance to see Christian Eriksen back to Tottenham this summer,” said Romano.

“On July, it was the start of July, when Inter Milan and Tottenham started to talk about the situation of [Tanguy] Ndombele and Milan Skriniar, it was really complicated from day one.

“In fact Inter didn’t sign Ndombele and Tottenham didn’t sign Skriniar. But during the first discussions, someone from Tottenham asked if there was the possibility to get Eriksen back on loan.

“Inter immediately said, ‘No we won’t sell a player on loan after signing him for €20m five months ago.’ It was really complicated.

“But Tottenham asked for him, so pay attention for the future I would say. If Eriksen is not in Antonio Conte’s plans or an important player for him, pay attention to Tottenham because they are still thinking to him.

“Obviously Gareth Bale, it becomes something different. They are not similar players but in the mentality of Jose Mourinho, they are the kind of players that are not perfect for his style of football.

“Bale is an exception, we are talking about a top player, it’s something different and something fantastic for Tottenham.

“But Eriksen after Bale is difficult, it was two months before signing Bale.”