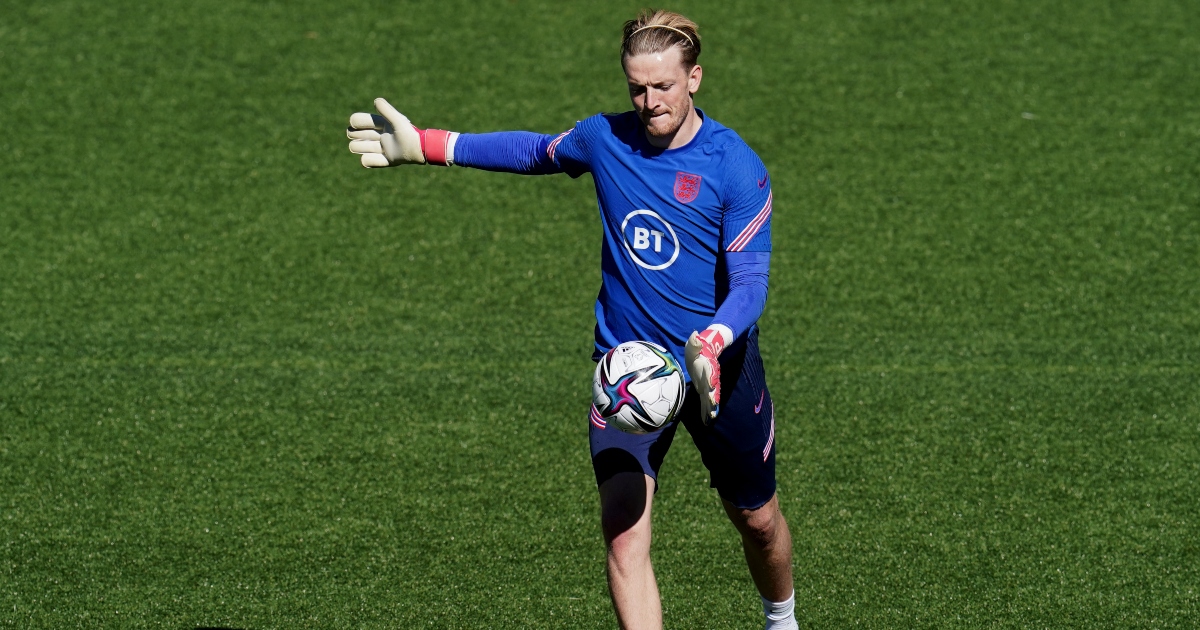 Tottenham are interested in signing Everton and England goalkeeper Jordan Pickford, according to reports.

The north Londoners are eyeing up a move for a new No 1 with Hugo Lloris out of contract at the end of the season.

And Pickford is at the top of Antonio Conte’s list to replace the Frenchman, claim the Telegraph.

F365 Says: Tuchel is debunking the wing-back myth at Chelsea

The report adds that Conte’s preference is to sign a homegrown goalkeeper who can become the club’s No 1, or compete alongside Lloris if he signs a contract extension.

Pickford joined Everton from Sunderland in 2017 for a fee in the region of £25million and has been Gareth Southgate’s first-choice ‘keeper for England since the 2018 World Cup.

His form for the Three Lions has always been more consistent than it has been for his club; however, he has improved his game for the Toffees over the last year.

The 27-year-old has 42 caps for England and kept five clean sheets at Euro 2020 as Southgate’s side reached the final of the competition.

Rock, paper, scissors: the loser gets lifted in the air 🤷‍♂️😂 pic.twitter.com/dzbO96vlFo

Spurs brought in Atalanta shot-stopper Pierluigi Gollini on a season-long loan with an option to buy last summer, to provide competition to Lloris.

The Italian has only featured in Carabao Cup and Europa Conference League encounters this term, however.

He will likely remain the second-choice ‘keeper at the Tottenham Hotspur Stadium with the likes of Pickford being linked with a move to north London.

Elsewhere, Fabrizio Romano says Antonio Conte believes Dele Alli is “a player for top clubs” and will give the midfielder a “big chance” to reignite his career.

Alli’s career has fallen flat in the last couple of seasons at Spurs, leading him to be linked with a move to Paris Saint-Germain last term.

But Romano claims Conte is ready to give the midfielder the opportunity to “show his skills” through changing his attitude.

“Conte wants to give Alli a big chance,” Romano said on the Rio Ferdinand’s YouTube channel.

“Antonio Conte’s convinced that Dele Alli is a player for top clubs. Now he wants Dele Alli to show his skills with a completely different attitude and atmosphere in the club.”