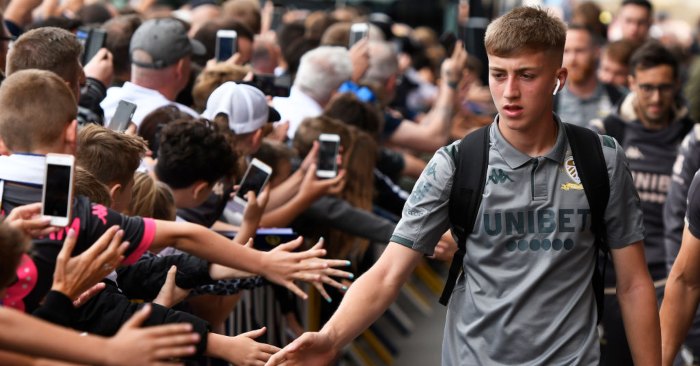 Tottenham are said to be ‘furious’ that 18-year-old winger Jack Clarke has been frozen out at Leeds United.

Clarke joined Tottenham in a £10m deal in the summer despite being most regularly used as a substitute in the Championship last season.

He re-joined Leeds United on loan but has not made a single league appearance, with Marcelo Bielsa preferring to use his loan quota on other players.

The Sun now claim that Tottenham will recall Clarke in January to play in their Under-23 team, with Mauricio Pochettino seemingly unwilling to integrate him into his first team.

The Guardian claimed last month that Pochettino and Daniel Levy had clashed over the transfer, with the report making it clear that the Argentine ‘did not want Clarke in his squad this season’.