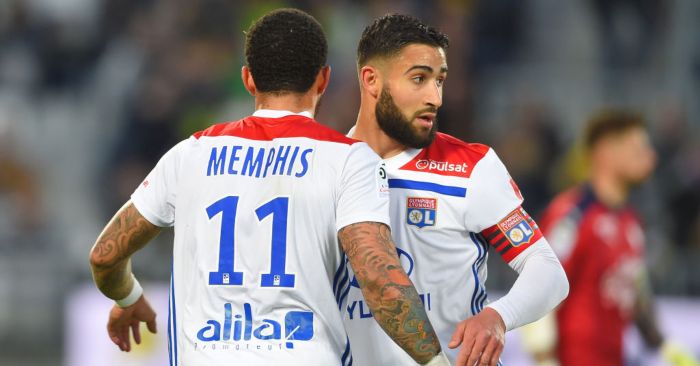 Real Betis are closing in on signing Nabil Fekir for €30million in a deal that will have ramifications for both Tottenham and Arsenal.

After coming within a medical of joining Liverpool last summer, with his departure from Lyon seemingly certain 12 months later.

Club president Jean-Michel Aulas stated that there was “an understanding” that the world champion “can go” if a suitable offer was made.

Arsenal then emerged as potential suitors in a £30m deal, but reports suggest Fekir is now bound for a surprise move to Betis.

Le Parisien say Aulas ‘is already aware of the pronounced interest’ from the Spanish club, who are confident of agreeing a €30m fee and an annual salary of €7m.

But the move ‘is actually dependent’ on Giovani Lo Celso’s future, with Tottenham still interested in the midfielder.

It was reported recently that they had ended their pursuit for the time being due to the difficulty of negotiating a fee. Tottenham have already had a £53m bid rejected; Betis are holding out for closer to £70m.

But Fekir could be the ideal replacement for the Argentine, giving Tottenham fresh impetus to renew talks.