Home Uncategorized Kane: Millwall stint made a man of me 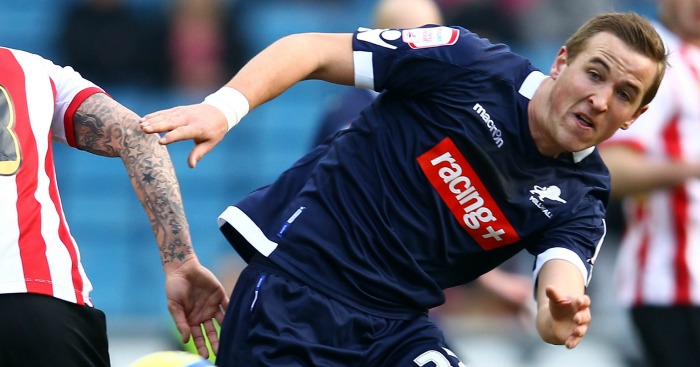 Tottenham striker Harry Kane has admitted his time on loan at Millwall turned him into a man ahead of the teams’ FA Cup quarter-final on Sunday.

Kane spent the second half of the 2011-12 season at the Den when he was yet to break through at Spurs and proved an instant hit with the Lions.

Then 18 years old, he scored seven goals in 22 appearances in the Championship and was subsequently named Millwall’s Young Player of the Year.

Kane would need another two years, including two less successful stints at Norwich and Leicester, before making his name at Tottenham – but the striker believes it was Millwall that toughened him up.

“It was a big part of my development. I had a great time at Millwall, I enjoyed my loan spell there,” Kane said.

“I was 18 at the time, playing in the Championship, we were in a relegation battle and it really turned me into a man.

“Playing in difficult, high pressure games and I managed to come out of it positively. It will be interesting to play them again.

“A lot has changed since I left but I’m looking forward to it.”

The match is likely to be Tottenham’s last ever FA Cup tie at White Hart Lane, with the club due to move to Wembley next season while their new stadium is completed.

If they beat Millwall, the semi-final and final will be played at the national stadium.

“The atmosphere is going to be amazing, of course with it being a quarter-final as well,” Kane said.

“It’s a big game. The fans have been fantastic so it’s important we win, get to the semi-final and see who we get.”