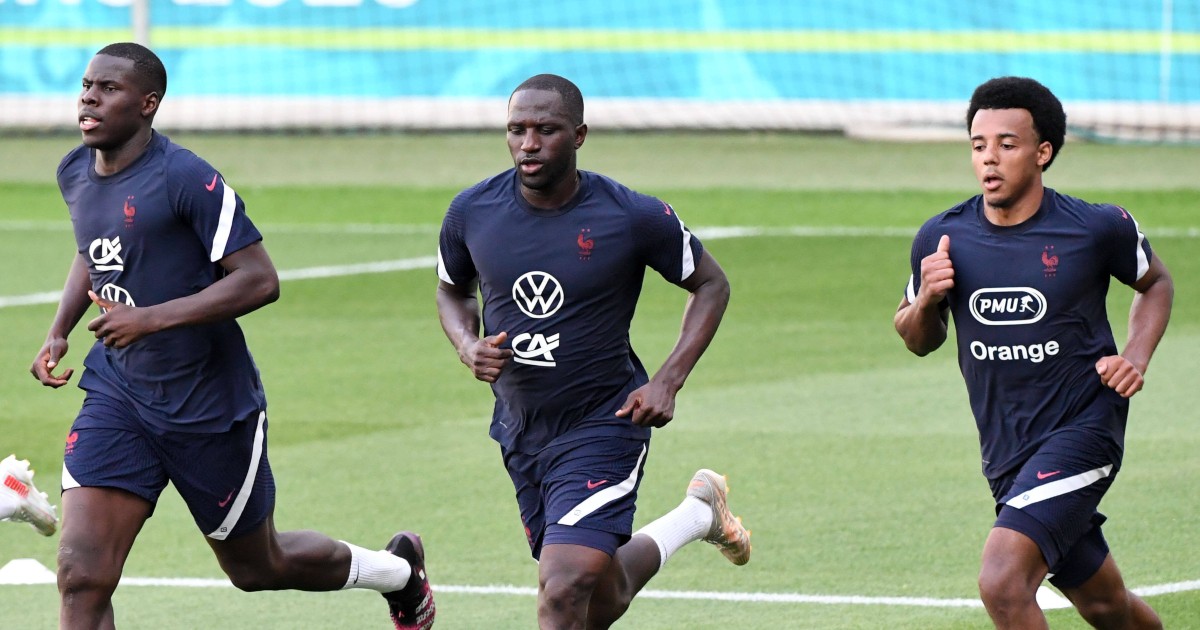 Kounde has emerged as one of the main targets for Europe’s leading clubs this summer, with Manchester United even having an offer rejected.

Sevilla are thought to want around £50m for the Frenchman and Chelsea have moved ahead in the race.

Fabrizio Romano claims that the Blues ‘have opened official talks’ over their ‘main target’ and hope to reach an agreement with the Spanish club imminently.

The player would welcome the switch in search of Champions League football, which rather ignores the fact Sevilla have qualified for the upcoming season’s competition.

Europa Conference Leaguers Tottenham were ruled out of the running on both that basis and his rocketing price, with Cristian Romero of Atalanta a more attainable target.

In a further update, trusted journalist Romano described Romero as ‘the priority’ for the north London club, with negotiations ongoing.

But manager Nuno Espirito Santo and director Fabio Paratici have identified a range of alternatives in case talks collapse.

Their ‘Plan B’ involves signing three players for an equivalent amount instead of Romero for the proposed £47m fee.

Takehiro Tomiyasu (£15.4m) of Bologna, Fiorentina defender Nikola Milenkovic (£12.8m) and Zouma (£21.4m) would all be explored as a combined option.

Zouma is a relatively new target but Tomiyasu in particular has long been on Tottenham’s radar. One bid for the 22-year-old has already been rejected and negotiations with Bologna are ongoing.

Tottenham’s need for defensive reinforcements has been exacerbated by the departure of Toby Alderweireld, whose move to Al-Duhail was confirmed on Tuesday.

The Belgian made 243 appearances for the club over six years, picking up two runners-up medals in the League Cup and Champions League.

“Six years, two homes, a Champions League final and so many memories,” Alderweireld said in a farewell message.

“You made me feel a part of your club from the moment I walked out at White Hart Lane and roared us on, no matter what, into our new, special, stadium.

“Thank you first to the fans and then to my team-mates and every incredible member of the Spurs staff, backroom and beyond.

“This club will always be in mine and my family’s heart. Love Toby.”