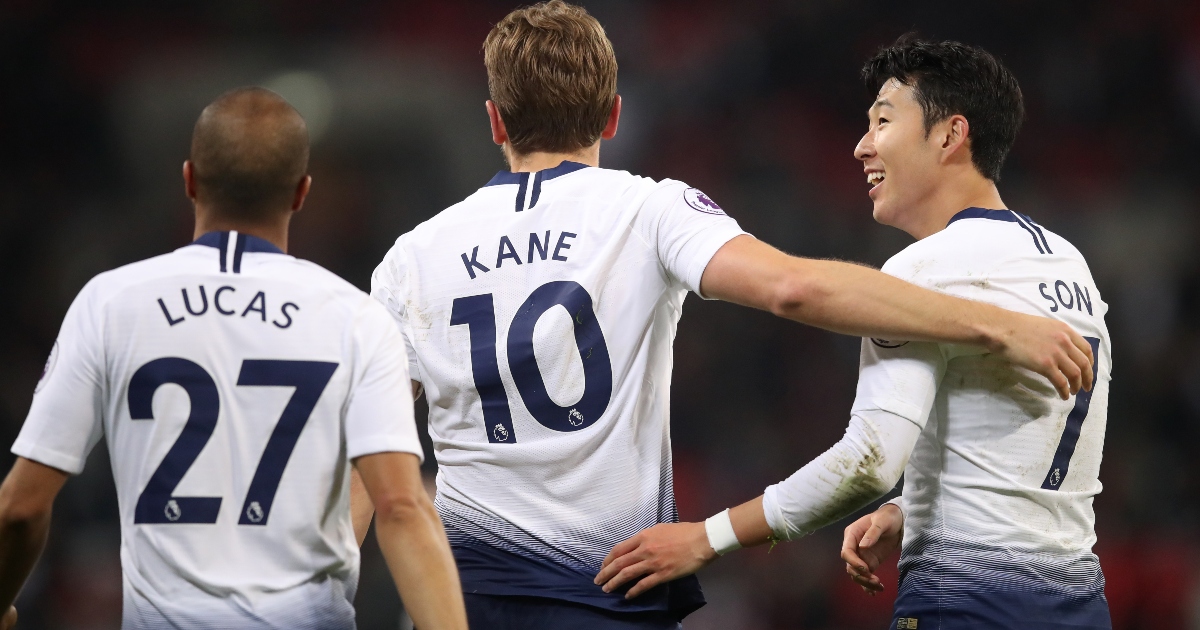 United completed the signing of Jadon Sancho earlier this week in a move that was seen as a huge step forward for the Red Devils, who have long craved an elite winger capable of playing on the right.

Sancho, who racked up 37 goals and 47 assists across his last three campaigns with Borussia Dortmund, will join Edinson Cavani in United’s three-pronged attack, with Marcus Rashford occupying the left flank.

O’Hara, though, ranks Spurs’ front three above United’s, claiming Heung-min Son and Harry Kane are better than Rashford and Cavani.

“That’s better than Man United’s, for me. Not based on last season, just based on talent and what they can produce when they’re at their best.

“I’d also argue Man City, if they line up with Phil Foden, Riyad Mahrez and Kevin De Bruyne as a false-nine, that’s probably better than Manchester United’s, too.

“City do need to sign a new striker, but KDB is brilliant when he plays there. If it’s a choice between Gabriel Jesus and Cavani, you’d have to say Cavani, but if you’re talking Foden or Rashford, you’d say Foden.

“In my opinion, I think Spurs’ front three at their best is still better than that Manchester United front three.”

“But Moura had a great finish to last season and does produce at the top level.”

Kane and Son developed a fruitful relationship last season which saw them both hit double figures for goals and assists, with Kane topping both charts in the Premier League.

Incredibly, they broke the record for the most goal combinations in a single season, eclipsing Alan Shearer and Chris Sutton’s tally of 13 in the 1994/95 campaign.

Neither, however, would win the PFA Player of the Year Award, which went to Manchester City’s Kevin De Bruyne.