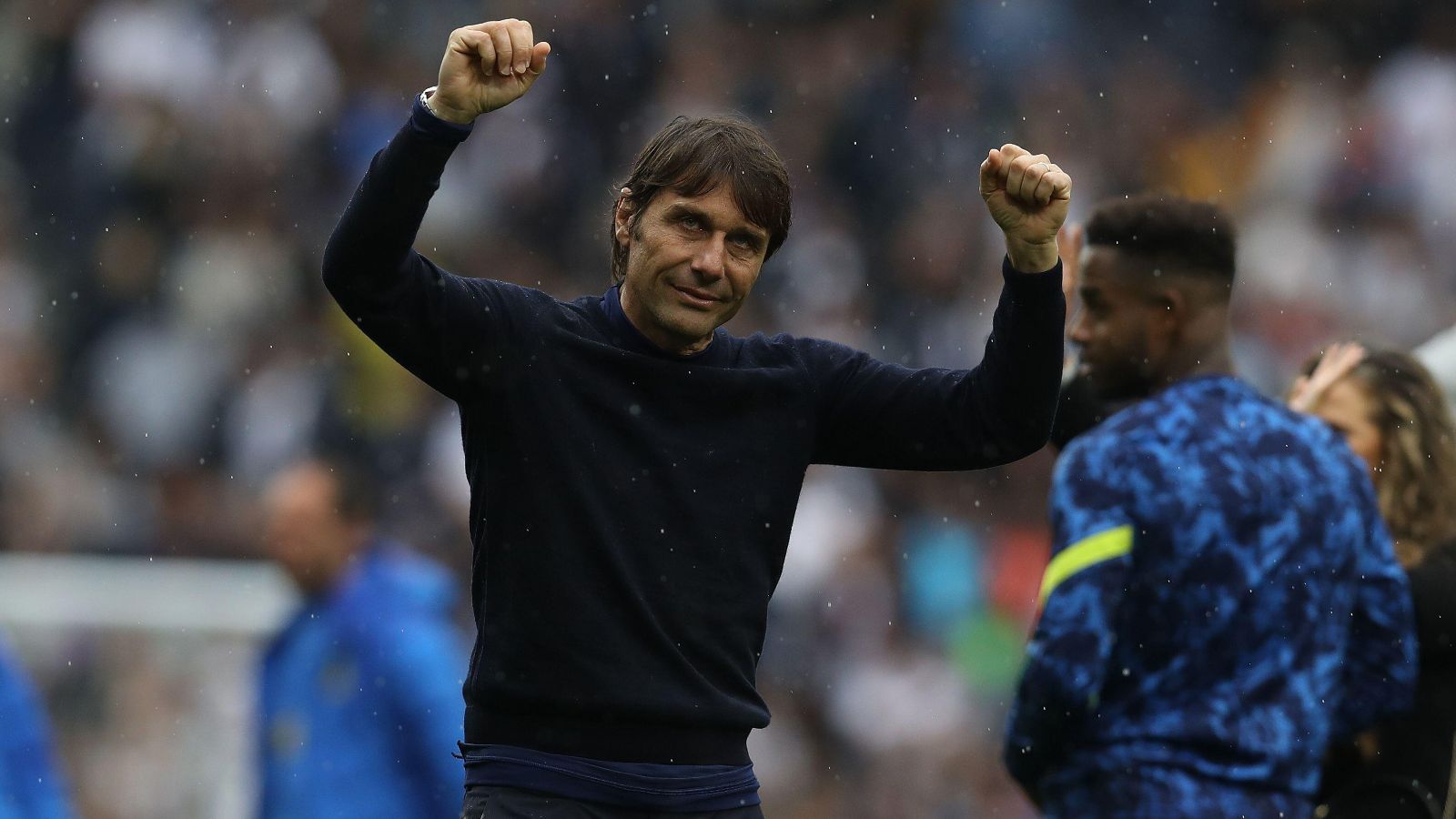 According to reports, Antonio Conte is ‘very happy’ with two Tottenham Hotspur players with the club set to ‘invest around €80m’ to sign the duo.

Tottenham’s fortunes have improved since Conte took over towards the end of 2021.

Conte has won 20 of his 35 games in charge. They are now the favourites to finish fourth in the Premier League.

The Londoners are two points clear of Arsenal with one game to go and they also have a better goal difference than Mikel Arteta’s side.

Cristian Romero and Dejan Kulusevski have been two of Conte’s top performers this term. Both are on loan at Tottenham and their deals include an obligation to buy from Atalanta and Juventus.

Fabrizio Romano has revealed via Twitter that Spurs are planning to ‘invest around €80m’ to sign Romero and Kulusevski permanently this summer.

Conte is said to be ‘very happy’ with the two players, who are thought to be a ‘key part of the project’ at Tottenham.

Tottenham will sign both Dejan Kulusevski and Cristian Romero on a permanent deal. Spurs will invest around €80m total fee for two players who are considered key part of the project for present and future. ⚪️🤝 #THFC

England striker Harry Kane is keen for Conte to stay at Tottenham beyond this summer.

The Italian’s current contract is due to expire in 2023 but he has been linked with a move to PSG.

Kane said: “I have no idea, to be honest [if he will stay], that is his decision.

“But he has worked really hard while he has been here, he’s a great guy, a really passionate man so whatever his decision is you have to respect it but for sure I am enjoying it and I know the boys are enjoying working with him.

“I have said I am a big fan of his and we got on really well so, of course, it would be great for the club if he stays. But like I have said that is his decision, he’s a man I’m sure he will talk to the club and decide on his future. From our point of view, we are all enjoying working with him.”

Kane went onto suggest that better times could be coming for Spurs under Conte:

“There is still a lot of work to do, we are fourth as we stand. I think the improvement has definitely been there since the gaffer came in to where we are now.

“It shows it can be done in a short space of time, but obviously we will see what happens over the summer and look forward to the next season with a great manager and hopefully we’ve learnt a lot since he’s been here.”