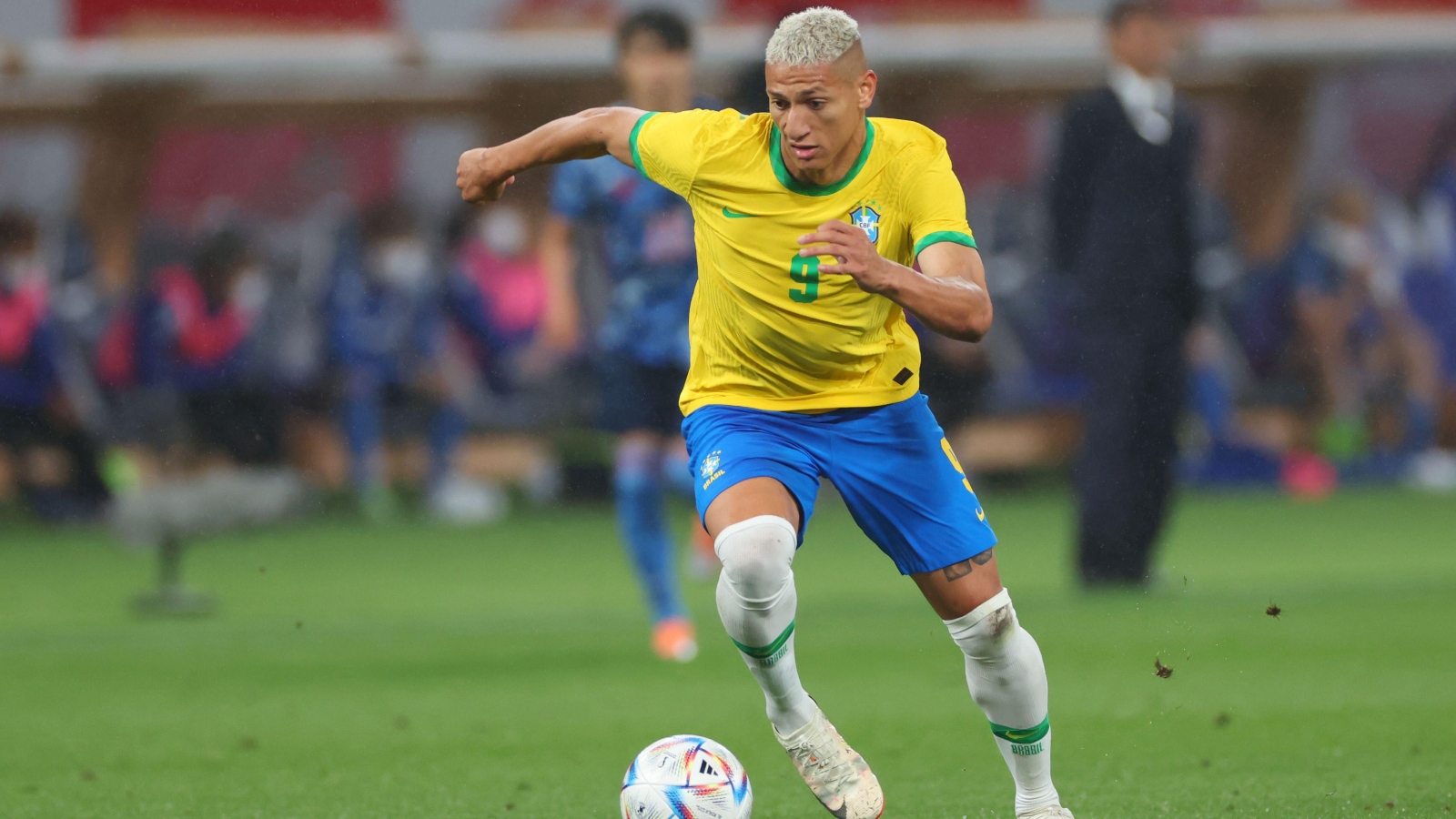 Tottenham Hotspur are reportedly in ‘advanced talks’ over the possible £51million signing of Everton forward Richarlison.

The 25-year-old joined Everton from Watford in 2018 and has made 152 appearances for the Premier League side, scoring 53 goals in the process.

He had a stellar 2021/22 campaign, scoring ten goals in 30 matches, including six in his last nine appearances as the Toffees narrowly avoided relegation.

Richarlison is not short of suitors, with Arsenal, Chelsea, Manchester United and Paris Saint-Germain all said to be contemplating a move this summer.

A report on Friday claimed that Chelsea and PSG are both ‘prepared’ to offer €75m for the Brazil international.

Tottenham have now been thrown in the mix by Bruno Andrade (via Caught Offside). The CNN Portugal reporter claims Antonio Conte’s side are in ‘advanced talks’ over a transfer.

A deal for the Everton forward will reportedly be worth €60m (£51m) and Richarlison is already in discussions over his potential Spurs contract.

Richarlison is in advanced negotiations to join Tottenham for an estimated fee of €60m, per @brunoandrd, with the Brazilian forward already discussing his contract with Spurs.

Meanwhile, Brazil icon Rivaldo believes a transfer to Arsenal would be a “good option” for Richarlison despite reports he has snubbed a move to the Emirates Stadium.

He told Betfair: “This could be a big summer for Richarlison and his compatriot Edu, who is the technical director at Arsenal, could be crucial in a potential move to the Gunners.

“He looks set to leave Everton, with several big clubs interested, and Arsenal looks a good option for the forward.

“The Gunners have Edu as their director and, after working with Tite until 2019, the ex-Arsenal midfielder knows Richarlison very well from the Brazilian national team.”

Another Toffees forward who has been linked with a move this summer is Dominic Calvert-Lewin.

Newcastle and Arsenal are both in for the England international, who could cost as much as £60m in the summer transfer window.

Calvert-Lewin endured a difficult campaign after scoring three goals in his first three games of the season.

After returning from a long-term injury, he the goal that secured his side’s safety in their penultimate game against Crystal Palace.