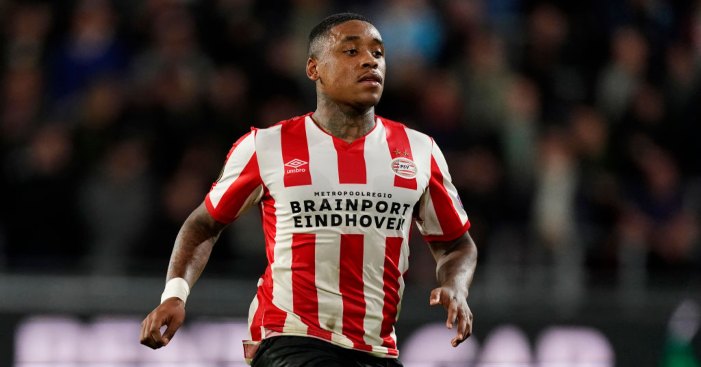 Tottenham Hotspur have opened talks with PSV over the signing of Steven Bergwijn, according to multiple reports.

Spurs are in need of attacking cover due to the injury suffered by Harry Kane recently, and have been linked with a number of targets.

The latest to emerge from their shortlist is PSV star Bergwijn, with the Daily Mail and Sky Sports revealing that the Dutchman has been left out of their squad to face FC Twente this weekend because of an approach from Tottenham.

The forward, who has five goals and 10 assists from 16 Eredivisie appearances this season, is valued in the £21m bracket – although other reports suggest Spurs’ bid could be as high as £30m.

The Daily Mirror report that Bergwijn has a clause in his contract that would allow him to leave for the latter amount in the summer, but Spurs appear to be acting quicker, with a deal possibly being completed within the next 48 hours.

Bergwijn plays predominantly as a winger, but can also play as a centre-forward – with his versatility a major asset that has attracted Jose Mourinho to him.

He could feasibly provide cover for not only Kane, but also help to replace Christian Eriksen, whose move to Inter Milan is edging ever closer.