Home Mailbox A ‘Spurs are sh*t, Jose out’ Mailbox Special 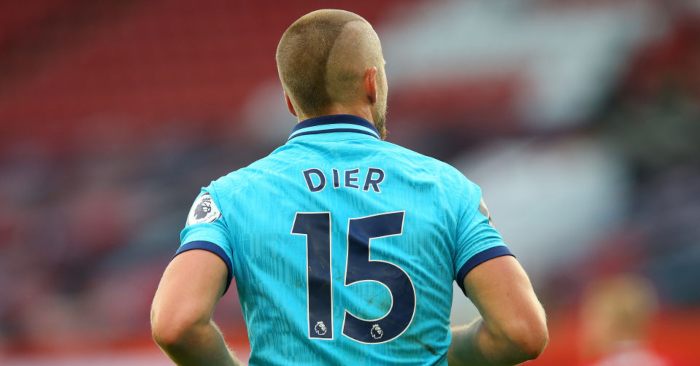 We get to that other game in another Mailbox, but there were too many great Spurs mails to ignore. You can send your own to theeditor@football365.com

In case you couldn’t crack the code, ‘we’ stands for Spurs. There are no words to describe the continued and unrivalled rage I feel when watching this team. Even when we do win, we are f**king dreadful. I just want to watch some nicely thought out football. PLEASE.
Glen, Stratford Spur

That was Dier
Well Sheffield fully deserved that game. Solid and resolute in defence. Ruthless and precise in attack. And all with about half as much time with the ball. If you had only ever watched that game of football and were asked which team was in the Championship and which had been in the Champions League final year ago there’s no way you’d answer correctly.

I remember when that kind of performance was synonymous with Mourinho. That first Chelsea team he managed were just like Sheffield were today. Impossible to break down and more than capable of scoring. Tottenham are neither of those things.

The defender needs a total overhaul. Davies and Sanchez were poor. Serge Pizzorno would have been more effective on the right wing than Serge Aurier. But the worst thing is I suspect Mourinho knows this.

When one of center-halves is someone not considered 1st or 2nd choice in any of the positions he plays it has all the hallmarks of Mourinho “sending a message to the board”.

I hope it works because while there some acceptable cogs in that defensive wheel I don’t think any of them should be starting, with the exception of Alderwiereld if he can get back to his best.

But at the same time I don’t think Mourinho is up to the task. None of the teams he has managed since coming back to the Premier League have been defensively sound. And at Spurs that has partly been because of the emphasis he has placed on attacking. But with all the attacking talent Spurs have we rarely look like scoring more than once.

Pochettino was sacked after the last time we played Sheffield United… here’s hoping they make it two for two.
Cevski (there has to be a better option) THFC

Levy and Jose must take the blame
After another miserable game watching my beloved Tottenham, it really does seem time to take stock at what a disaster the last 12 months seem to have been and especially with regards to both Daniel Levy and Jose Mourinho. Recent comments by several players have alluded to the fact that after several years of overachievement and especially the run to the Champions League final they basically had nothing left in the tank.

That was pretty apparent at the end of last season and that start of this. There clearly was a bit of disquiet in the squad about a few things (in particular Eriksen’s contract) but this seems to be the biggest issue and one Poch could have done very little about. He kept asking for players and didn’t get them, and when he finally got the Dembele replacements in Ndombele and Lo Celso this year, was very unlucky that both got injured almost immediately. In short, a large part of his downfall seems ultimately to be a result of him not getting what he wanted, and firing him and replacing him with anyone was never likely to get a huge boost from players too tired to play. (And also begs the question of where did the money come from to fire him, and hire Jose, and then buy Bergwijn, if we couldn’t afford another player last year?). Basically, Levy has to shoulder a ton of the blame here.

And so onto Mourinho. Spurs were playing poorly when he arrived, not running enough, not good enough in defence or attack. He (somewhat reasonably) stated that he needed time to work with the players and a lack of preseason, plus midweek games, made it difficult to instil his ideas and patterns. We had some better games and some worse ones, and there was clearly needle with key players (Ndombele in particular), but more importantly we were dour to watch and occasionally dire. While injuries did mount up (Sissoko, Son, Kane again) the cup exits in particular were awful and it’s hard to point to many exciting games, or great goals or even great play. Lockdown should have been the turning point. While obviously this was hardly a normal pre-season, Mourihno was coaching players even before training should have restarted and then had several weeks (with players he’s now had months to get to know) to work with them, and has everyone back from injury.

But the football is still dour. We can’t defend a lead (as seen against Man U), we can’t break down defensive teams (as seen against the Blades), and he can’t or won’t make substitutes to change a game or pattern of play even with more allowed than before and players like Ali and Ndombele and Moura sat on the bench. He could defend himself with a lack of preparation and the injuries but we’ve just utterly failed to break down a team in freefall who we were all over for 60 minutes before conceding a second soft goal and capitulating.

Compared to two years ago, we’ve blown a ton of money we apparently didn’t have to spend on players, to replace a manager who wasn’t the problem, with one who clearly is, while playing poorly, not scoring and conceding too often. It’s a very poor look for both Mourinho and Levy, and a very poor outlook for Spurs next season.
Dave Hone, London

Spurs aren’t even mediocre
Having watched what was one of the most dispiriting Spurs performances for many years (on the back of several dispiriting performances both pre and during Mourinho’s reign of evil) I asked myself “what happened to the beautiful team that tore Everton apart 2-6 just over 18 months ago after being behind”. Many of the points I wanted to make are summarised nicely in David Tickner’s article, particularly in his closing sentence, Spurs and Mourinho are just killing time.

Most supporters could see the problems that were coming to the surface under Pochettino, but the change of manager and the addition of several new players seems to have had no discernible impact. We can argue about the quality of the signings (Lo Celso and Bergwein seem OK, Jedson Fernandes, Tanguy N’Dombele the jury is out, but it doesn’t look great) so I find it hard to blame Daniel Levy for not splashing the cash, but what I do blame him for is that he doesn’t seem to have anything other than a firefighting strategy.

If Mourinho was delivering short-term benefits, I would still struggle with him in the same way I struggled with George Graham, close my eyes and just moan down the pub, but he isn’t and we all know that he isn’t a long-term solution either. It could be that we are heading for a period where Spurs change managers every couple of years again, Christian Gross, Gerry Francis, Glenn Hoddle, Juande Ramos, Harry Redknapp until we stumble upon another Pochettino, (remember Daniel wanted Louis van Gaal before Poch) but that isn’t really a strategy. If we are going to be rubbish for a period of time, then let’s at least build something.

Many will laugh (I see you Chelsea and Man Utd fans), but I think Mourinho is wrong for Spurs, should never have been hired and we should probably shake his hand and say goodbye at the end of this terrible season. Daniel can manage the business, but we need to bring in someone on the football side, be they a Director of Football or a Manager who wants and has the ability to build a culture and grow something that the fans can relate to. Pochettino wasn’t perfect, but he was in tune with the club’s supporters and produced a fine team who sadly came up short – I don’t think Jose will ever do that.

No doubt Spurs, like many other clubs not owned by middle eastern regimes, will struggle to compete in the transfer market for the foreseeable future, (will there be a transfer market long term?) so let’s have a vision of how we can compete with what we have and what we can grow ourselves – Mourinho has never done that and to be honest shows no signs of achieving that at Spurs. No sign of the young academy graduates since the re-start (Skipp, Parrott, Tanganga) despite all the ’new Jose’ talk of a couple of months ago.

Now I realise that Spurs aren’t Wigan or any number of other clubs that are on the brink financially and that we aren’t fighting relegation to League Two, but we are going backwards and I am not enjoying anything about watching this team right now. The (beautiful) stadium may be empty for a while yet, so the opportunity cost to Daniel Levy is about as low as it will ever be and let’s be honest, if we don’t get rid of Mourinho over the inter-season break, it will all go to pot over the next twelve months anyway. And sorry, I don’t know who we should bring in, but he mustn’t be a re-tread and should have no affiliation to any other of the larger clubs in England who he would immediately de-camp to when the opportunity arose if successful..

Brilliant – as if I wasn’t depressed enough already. 2020 can just do one.
Rob (COYS)

But VAR too…
Don’t get me wrong, Spurs were woeful last night and Sheffield deserved the three points, but how can a goal be chalked off by a player accidentally grazing the ball (at most) on the way to the deck after being fouled by three opposition players?! It’s got to the point where it’s ruining football; VAR has to be scrapped or massively changed in the way it’s applied. I thought it would help protect players by spotting things the referee missed, then you see someone aim an elbow at Son’s face, with no repercussions. Absolute joke.

Frustrating to say the least, but not as bad as Spurs’ kitten like display. At times Sanchez and Dier looked like Sunday league centre backs and should be ashamed of themselves. Both getting their third start in a row since football started again, whilst Alderweireld, fresh off a three year extension rots on the bench. Mourinho was supposed to sort our defense out, but he’s managed to make it worse somehow. Perhaps showing himself up as someone who needs to buy success rather than training and improving the players he has to work with.

Ndombele has to start going forwards, Sissoko gets a nose bleed any time he ventures past the half way line. Love his effort and tenacity but he’s just not good enough. Some of our passing was atrocious, we needed someone of Ndombele’s quality in there from the off. He must be wondering why he bothered making the move from Lyon.

Impressed with Sheffield United though. Solid, well drilled, battled and played some decent football. Wilder has got them playing like a proper team, congrats. Would like to see what he could do with this Spurs group in fact.

If we play like this and get battered against Arsenal, football can do one for the rest of the season.
Tiss, Guernsey (Ledley King I miss you)

Important information
Someone should tell Tottenham that unlike Liverpool they haven’t won the league so can’t play as if they’ve each drunk a six pack of JuiceBox before kickoff.
Oliver, London