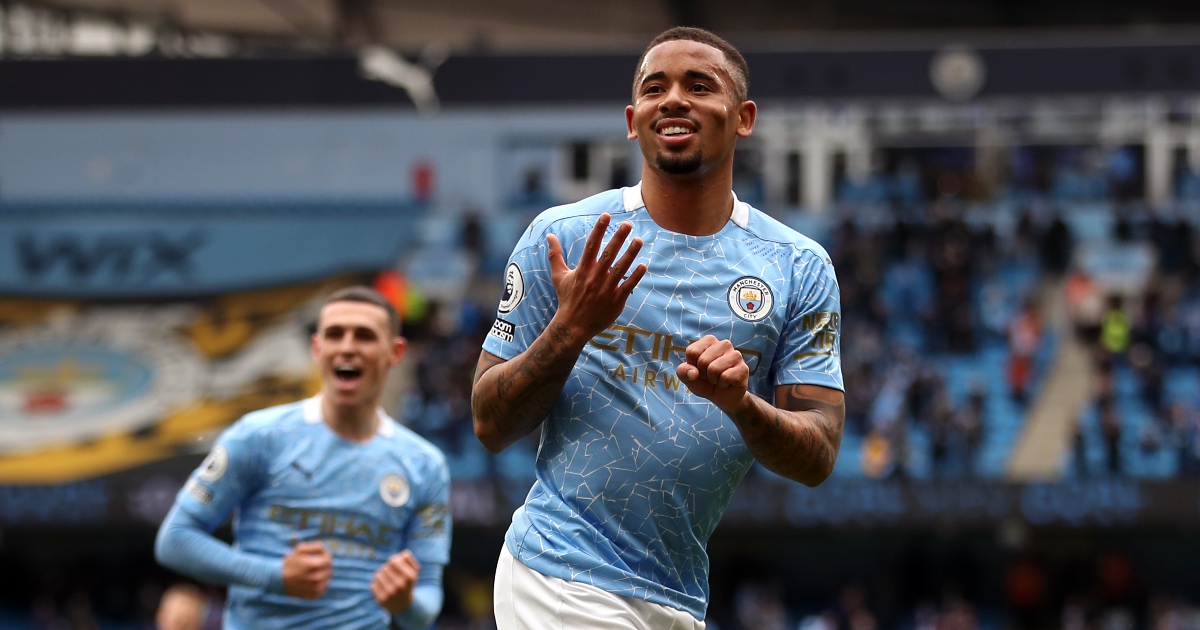 Manchester City star Gabriel Jesus is the subject of interest from Tottenham and Juventus, according to reports.

The Brazil international managed 14 goals in all competitions during the 2020/21 campaign.

He helped Pep Guardiola‘s side to win the Premier League and Carabao Cup, although they were beaten by Chelsea in the Champions League final.

According to Italian outlet Tuttosport (via CaughtOffside), Juventus have made serious moves to take Jesus to Serie A.

Tottenham are also hoping to land his signature and will attempt to hijack the transfer.

Spurs view Jesus as an ideal option to replace Harry Kane, should the Golden Boot winner leave in search of major trophies.

City have been heavily linked with Kane, so Jesus could be involved in a swap deal this summer.

Juventus, meanwhile, are searching for a new striker to replace Cristiano Ronaldo. The Portuguese legend is thought to be wanted by Paris Saint-Germain, as the striker merry-go-round continues.

Spurs and Juve aren’t the only teams to be linked with Jesus in recent weeks. Spanish giants Barcelona are reportedly counting on their ‘good relations’ with City in their attempts to sign the 24-year-old, alongside team-mate Ilkay Gundogan.

The forward’s future depends on City’s search for a new talisman. Having let Sergio Aguero leave for free, they need a new striker to lead their attack.

Jesus is in the right place to do just that, but it’s unclear whether Guardiola trusts him enough to fill Aguero’s boots.

He might have to act as backup for Erling Haaland next season. The Norwegian goalscorer could secure a City move thanks to his father’s links with the club.

When asked about his future last month, Haaland said: “I have a contract for a couple of years, so I am respectful towards my contract.

“I am a simple guy. When I like something I just want to have more – when I score a goal, I always chase the next goal.”

He’s caught the attention of City scouts with his insane numbers. He picked up the Bundesliga Player of the Year award in 20/21 by bagging 27 goals in just 28 appearances.