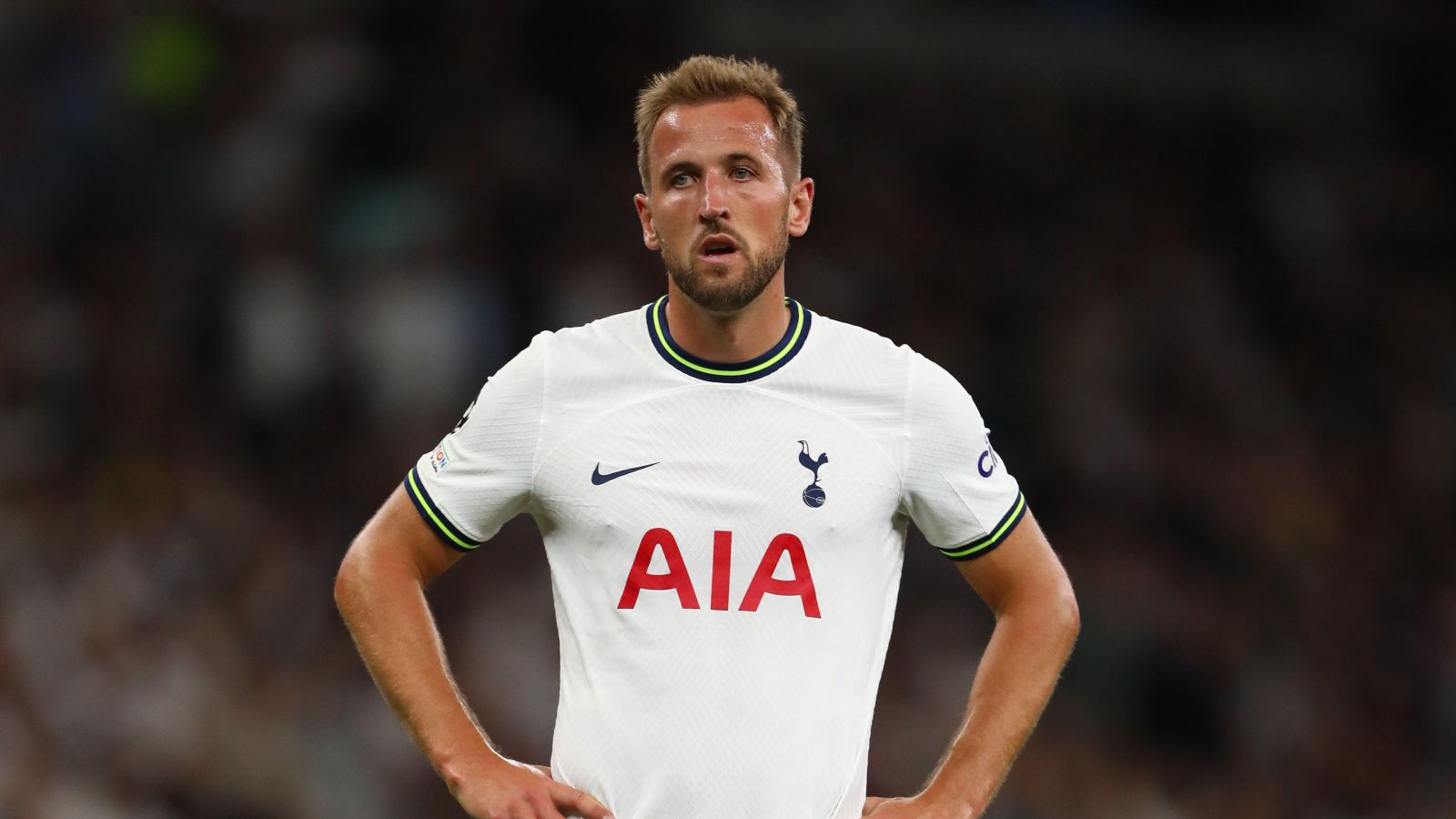 Tottenham striker Harry Kane is one option Bayern Munich are considering as they look for a replacement for Robert Lewandowski, according to reports.

The Bundesliga champions allowed the Poland international to leave in the summer for Barcelona as he made it clear he was keen to pursue the move to La Liga.

Lewandowski’s 344 goals in 375 matches during his time at Bayern will be extremely hard to replace with new signing Sadio Mane from Liverpool not a prolific centre-forward.

Mane and Bayern veteran Thomas Muller have both been played up front by themselves in various matches this term with 17-year-old Mathys Tel the only centre-forward that the Bavarians signed this summer.

Tel, who was signed from French side Rennes, has actually scored one Bundesliga goal in his 96 minutes on the pitch this term and could be the long-term answer to Lewandowski.

However, Bayern Munich are hoping to find a more immediate option who can hit the ground running as a prolific goalscorer with Tottenham star Kane linked over the summer.

Bayern sporting director Hasan Salihamidzic had previously admitted to being “happy” after there were claims that Kane likes the Bundesliga club.

And now Salihamidzic has issued an update on the striker situation at the club, he said on STAHLWERK Doppelpass! (via Sport Witness): “Of course, I’m happy, for all of us that we shot this picture of FC Bayern that we had in public.

“Now we’re one step further and have to familiarise ourselves with the season. The praise about the transfer market period can now be pushed aside. Mané has an incredible mentality and has now had two games in which things didn’t go so well.

“We also have to look at the balance sheets. The boys make some money too. Of course, we will first look at the season to see how that works. We are more occupied than we have been for a long time.”

There were rumours that Bayern had held talks over a potential move for Kane in the summer and in response to those rumours, Salihamidzic said: “I haven’t spoken to anyone.”

But Sky Deutschland still claim that Tottenham striker Kane remains a ‘serious option’ for Bayern Munich despite there being no contact between Bayern and the England captain’s representatives.

Kane has scored five goals in six Premier League matches so far this campaign but one Tottenham team-mate who’s struggling to score is Son Heung-min, with the South Korean yet to find the back of the net this season.

But Son is not concerned about his goalscoring drought, he said: “I’m OK. If I’m honest, if I wasn’t getting chances in the game I would be worried but I’m still getting chances.

“This is something I can see will be an improvement because I still have a lot of space for improvement.

“Most important is that we are doing well as a team. I’ll do everything the team needs.

“In some games I’m really frustrated because if I have some massive chances and the ball doesn’t go in. It makes me just laugh.

“But I am not worried about it because the team and the staff and all the fans are helping me.

“I think if I score one the confidence will be back and I hope I can go on and score more goals.”