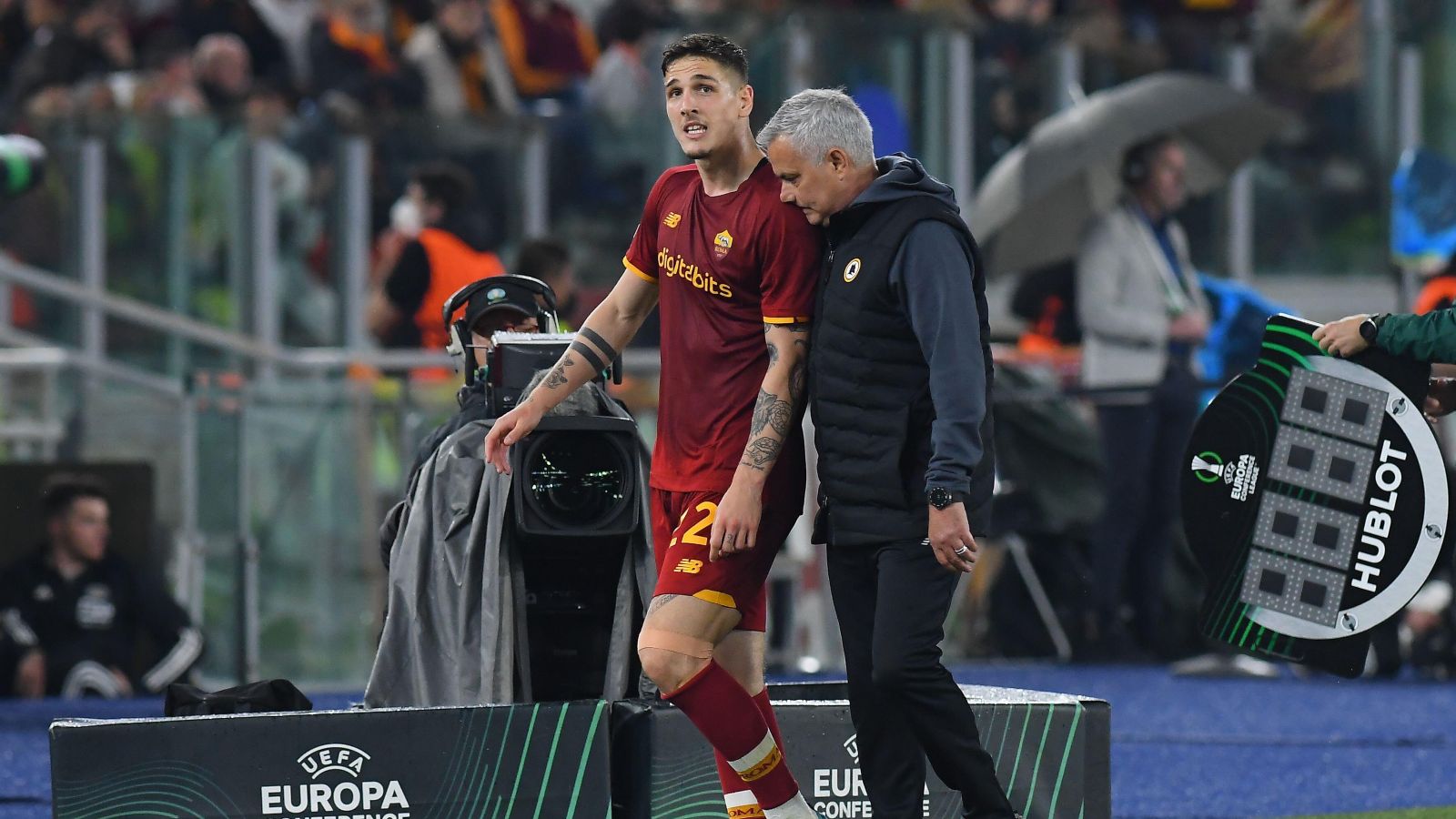 Premier League side Tottenham have made a new offer for Roma forward Nicolo Zaniolo, according to reports in Italy.

The Italy international has been the subject of interest from Spurs, Newcastle United and Chelsea this summer with Roma demanding €50-60m for his services.

Zaniolo wasn’t in the greatest form last campaign as he contributed just two goals and two assists from an attacking role in Jose Mourinho’s team.

But he has massive pedigree and potential with Tottenham the most consistently linked side as their managing director of football Fabio Paratici leads the talks.

A previous report had claimed that Zaniolo is Paratici’s ‘old obsession’ from his time at Juventus with the Tottenham transfer chief appreciating his compatriot’s abilities.

Spurs have so far found Roma’s asking price for the 23-year-old too high but La Repubblica (via Giallorossi.net) insist that Tottenham have launched a fresh for Zaniolo.

So far Paratici has been ‘without success’ in his attempts to sign the Italian after trying to ‘meet the requests of Roma’.

The Premier League side have now chosen to offer Japhet Tanganga and Tanguy Ndombele in exchange for Zaniolo without any cash ‘on the scales’.

Mourinho ‘likes’ Tanganga but he a ‘no came’ when Ndombele was revealed as one of the players after coaching him during his time at Tottenham.

Instead, Mourinho wants Oliver Skipp ‘as a counterpart for the sale of Zaniolo’ but that isn’t something Tottenham are willing to do as things stand.

There have been rumours that Galatasaray,Villarreal and AC Milan and a number of other clubs could be interested in Ndombele and former Tottenham defender Alan Hutton thinks Spurs should sell him for £25m.

Hutton told Football Insider: “There’s no getting away from it they’re going to have to cut their losses. They’ve tried with him, tried to get him fitter and we’ve seen flashes of brilliance but he’s just not been good enough.

“They paid a lot of money for him, it was a record fee for Tottenham. I don’t think they’re going to get anywhere near that for him at this moment in time.

“If they got £25m I think they’d probably just have to take it. He’s got big wages, he’s on a long-term contract, he won’t leave unless he gets what he wants.